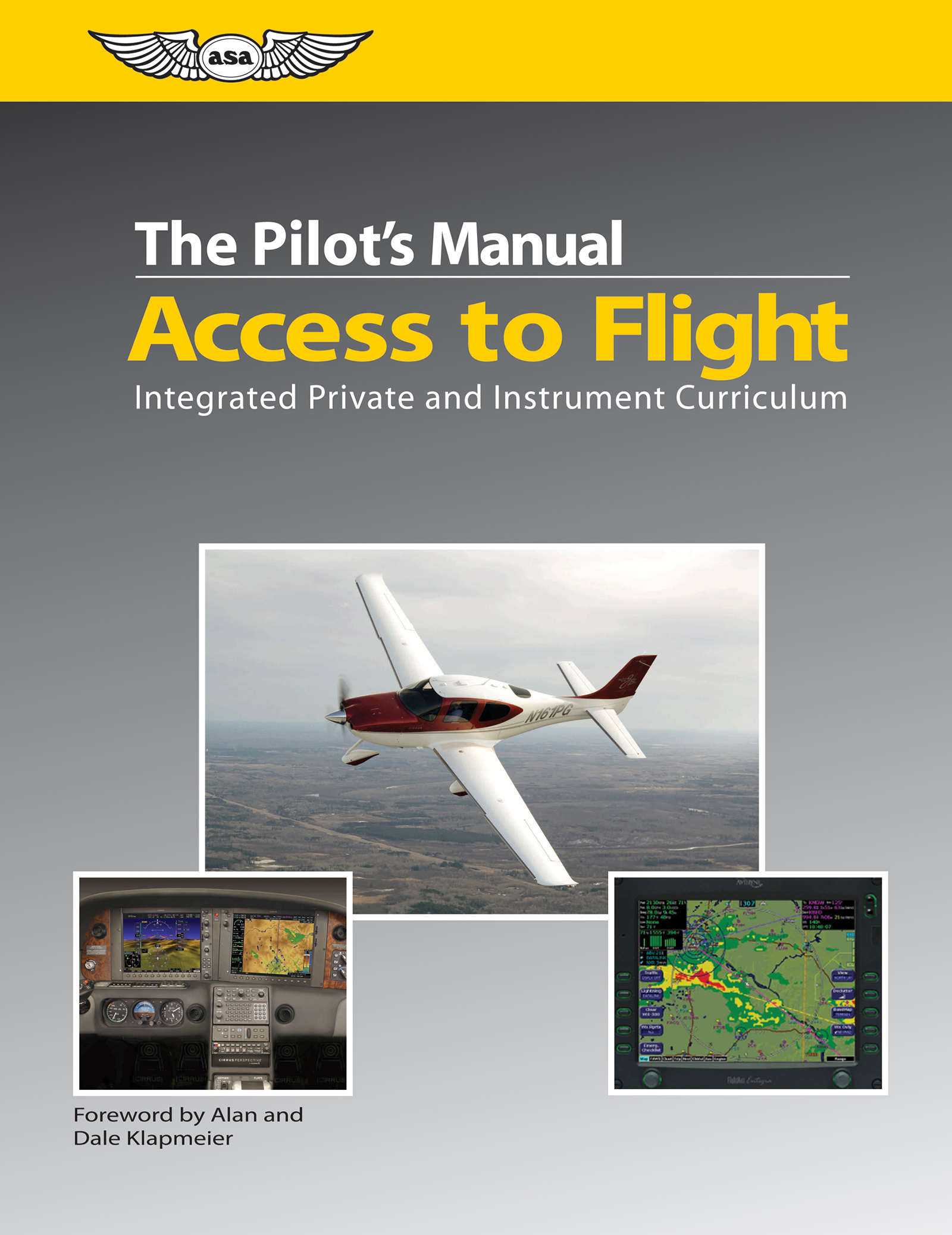 Whether you fly for pleasure, business, or a career in aviation, the Private Pilot certificate with the Instrument Rating is your ticket into the full spectrum of the airspace systemit is the key to maximizing the utility of a general aviation aircraft. This book provides the information you need to learn how to fly under both visual flight rules (VFR) and instrument flight rules (IFR). The most comprehensive pilot textbook available, The Pilot's Manual: Access to Flight provides efficient training methodology that helps you graduate with a truly successful personal transportation solution.

General aviation has undergone an extraordinary transformation in recent years. EFIS (electronic flight instrument system) or glass” cockpit-equipped aircraft, once the exclusive realm of airline, corporate, and military pilots, have now proliferated the GA landscape. In what seemed like the blink of an eye, pilots and instructors accustomed to flying aircraft equipped with conventional gauges that hadn't changed much in almost 50 years were now sitting behind sophisticated systems with glowing displays, comparable only to some of the most advanced airliners and corporate jets. These second generation Technically Advanced Aircraft” (TAA) literally represented the coming of a new age and the promise of nearly unlimited potential. At the same time however, the arrival of these sophisticated aircraft created an unprecedented training and operational challenge never experienced in GA. The Pilot's Manual: Access to Flight has been specifically crafted to meet this challenge, making use of methods that will allow pilots to obtain the maximum safety and utility from their aircraft.

Dr. Paul A Craig
Paul A. Craig is a Professor of Aerospace at Middle Tennessee State University. He earned a Doctor of Education degree, holds the Airline Transport Pilot Certificate, and the Gold Seal Flight Instructor Certificate for Instrument, Multiengine, and Seaplane. Craig is the author of numerous books, curriculum and journal articles on flight training and air safety. He is a two-time FAA District Flight Instructor of the Year and frequent speaker at pilot seminars. Craig worked with NASA on research pertaining to flight training in Technically Advanced Aircraft and won the 2005 NASA Turning Goals into Reality” award. Craig won the 2004 University Aviation Association's Wheatley Award given yearly since the 1960s to the nation's most outstanding aviation educator. Craig is an active FAA Check Instructor, and has worked as a consultant and curriculum for Cirrus Design.