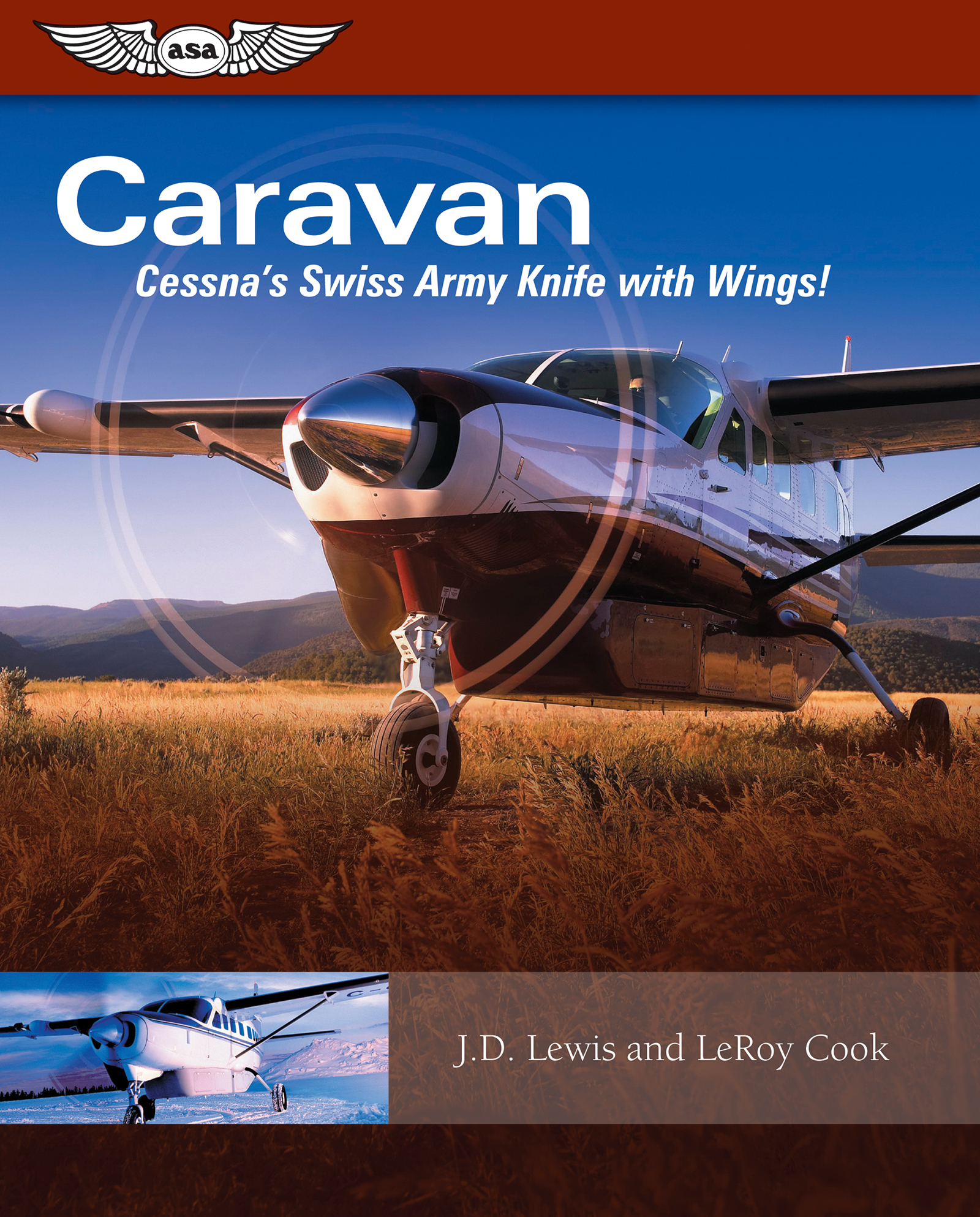 Known for being one of the most versatile and robust aircraft ever produced, the Cessna Caravan has become the DC-3 workhorse of our current times?as Cessna nicknames it, a "Swiss Army Knife with wings"! This pilot favorite does it all, on land or sea: bush flying, geophysical exploration and mapping, patrol, air ambulance, military, sightseeing, corporate, commuter airline, skydiving, cargo, missionary and humanitarian flying, and much more. The Caravan's almost legendary reputation of safety and reliability remains a comforting constant for those who affectionately refer to the aircraft as their ?flying SUV,” ?Suburban with a turbine,” or ?aerial truck.”

From its coverage of the Caravan's colorful history to its innovative-yet-conventional aircraft systems, to interesting pilot stories, tips, and beautiful photography throughout, Lewis and Cook's book is both entertaining and enlightening?Caravan edutainment at its best! The chapters parallel flight phases on a typical mission, and are chock-full of experience, insights and trivia from preflight to postflight?a truly amazing story for all pilots interested in this legendary powerhouse.

Every chapter contains a special topic along with the related phase of flight, comprised of Lewis and Cook's coverage of pertinent Caravan characteristics, or stories told by pilots flying Caravans in unusual circumstances and faraway places. Two sections of color photography are included, and multiple appendices with further information on specifications and industry contacts for Caravan owners, as well as extensive footnotes and bibliography. Foreword by Steve Stafford.

LeRoy Cook: LeRoy Cook chose to become a lifelong student of aviation in his early years, catching the fever during the celebration of the 50th Anniversary of powered flight in 1953. He determined to learn and share as much of aviation as he could, and is still exploring flight 50-plus years later. His career as an aviation writer began in 1970; he had been a flight instructor since 1965 and wanted to reach a wider audience, through aviation publications. With over 1,350 magazine articles published, Cook was a monthly columnist at Private Pilot Magazine for 34 years, where he was a senior editor. His book, "101 Things to Do with your Private License" was first published in 1985 by McGraw Hill and is now in its Third Edition. He co-authored "American Aviation, An Illustrated History" also by McGraw Hill, and has contributed to other books over the years.

Cook holds ATP ratings for single and multi-engine airplanes, with commercial glider and seaplane ratings and his Gold Seal flight instructor's certificate carries single and multi-engine airplane, instrument and glider privileges. A lifelong resident of western Missouri, Cook is married with three children and continues teaching others about flying on a daily basis.

J.D. Lewis:
A former FedEx Caravan cargo pilot, J.D. Lewis is a Caravan instructor at FlightSafety International. Lewis flies and writes from Wichita, Kansas, the "Air Capital" and birthplace of the Cessna Caravan. Lewis holds an ATP in the Caravan, is a 4,000-hour pilot, and has written for Flight Training, FAA Aviation News, Private Pilot, KITPLANES, and the Midwest Aviation Journal.