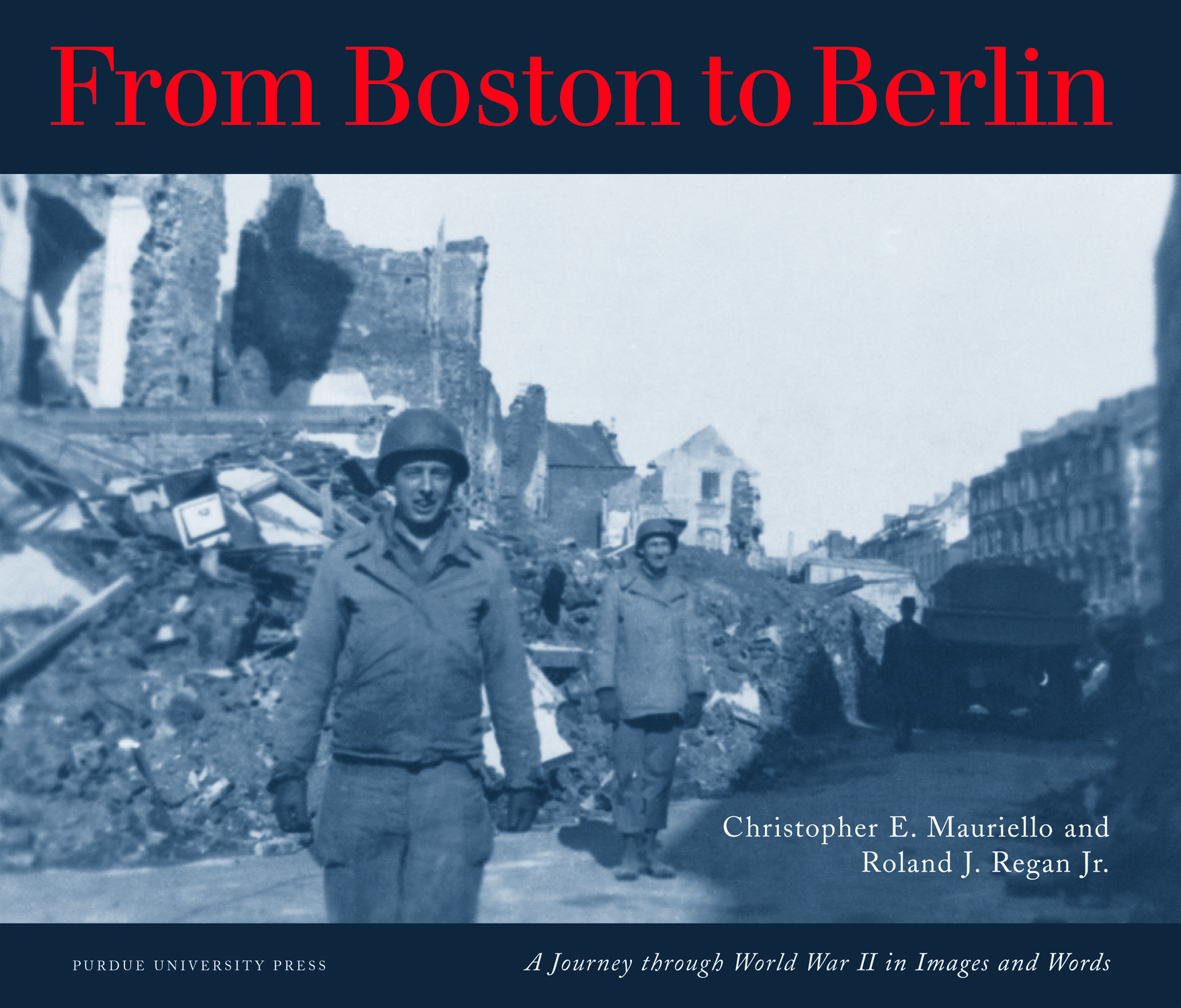 From Boston to Berlin

A Journey Through World War II in Images and Words

When Roland Regan and Frederick Mauriello went off to fight the Germans in World War II, they packed cameras and notepaper and documented their experiences, Roland with photos, Frederick with letters to his family. Roland's photos, developed after the war, never went through Army censorship and show an honest firsthand view of the war from the eyes of an enlisted man. Frederick's letters show a young man's devotion to his family, his good-will, and his growing distrust of military authority. As a whole, this collection is a testimony to the courage, faith, and loyalty of all the men who served during World War II. These priceless documents, presented by their sons in this book, offer readers an intimate glimpse at a unique aspect of the American experience.

In the summer of 1995, I came upon a box of photos that my father had taken during his service in World War II from 1943-1945. While I had known of the existence of these photographs for thirty-five years, I had not fully appreciated the meaning and impact these photographs had on my father's memory of the war nor my understanding of my father's role in the 20th century's most important event. As I looked through these black and white memories of World War II, I began to feel a commitment to my deceased father and his generation to make these photos public so that others could share this wartime experience.

Between the summers of 1995 and 1998, I began to construct how I wanted my father's photos to be viewed and preserved for later generations. I contacted several publishers to learn more about what steps I would need to take in order to publish my father's photos. Simultaneously, I contacted several national universities and colleges to possibly donate these photographs to their history departments for use in research and teaching World War II.

To my surprise, the response from both publishers and universities was very encouraging. However, organizing and presenting such a collection of photos proved to be a labor of love as my weekends, during this period, were consumed selecting, scanning and editing hundreds of original photos. During that time I was teaching several business courses at Salem State College in Salem Massachusetts, and therefore contacted the history department to notify them of my interest in donating a digitized version of my father's photos for use by the history department.

My message was forwarded to Christopher Mauriello, the modern European historian for the department. Unbeknownst to me, Chris had also come upon a box of World War II letters that his father had written to his family back in Boston between 1943 and 1945. He too felt a commitment to his father and the World War II generation to make these letters public so that others could share his wartime memories. With these shared commitments, we met for coffee to introduce ourselves and review each other's collections.

Immediately we recognized the powerful parallels between the images and the words. We soon discovered that the parallels ran even deeper. Both of our fathers were sons of European immigrants that settled and lived in the Boston area. Roland J. Regan, Sr. was of Irish descent and was raised in Lynn, Massachusetts. Frederick J. Mauriello was of Italian descent and was raised in Dorchester and Revere, Massachusetts. Both volunteered for active service in the U.S. Army in 1943. Between the summer of 1944 and 1945 both experienced similar paths in combat against the German Army. Roland Regan in the 348th Army Engineering Combat Battalion, Company A and Frederick Mauriello in the 309th Field Artillery Battalion 78th Division.

The parallels between these two wartime experiences form the basis of this book. In May of 2000, the Boston College history department accepted and became custodian of some one hundred and fifty of Roland's original photographs from 1943-1945 for use by 20th century historians and researchers. While we have added a brief narrative history and captions to the photographs and the letters to provide the necessary historical context, we hope that the original documents speak for themselves. We hope they do justice to the memory of the wartime experiences of our fathers and their greatest generation.

Furthermore, to commemorate our respective father's memories, we intend to develop two scholarship funds for Boston College in their names to assist deserving students from Lynn and Revere Massachusetts who are accepted and attend BC from the revenues generated from the sales of From Boston to Berlin. We feel our commitment to these two scholarship funds for future generations is in keeping with our father's mutual commitments to their generation. More information concerning these scholarship funds will be forthcoming on this website. - Roland J. Regan, Jr. Christopher E. Mauriello