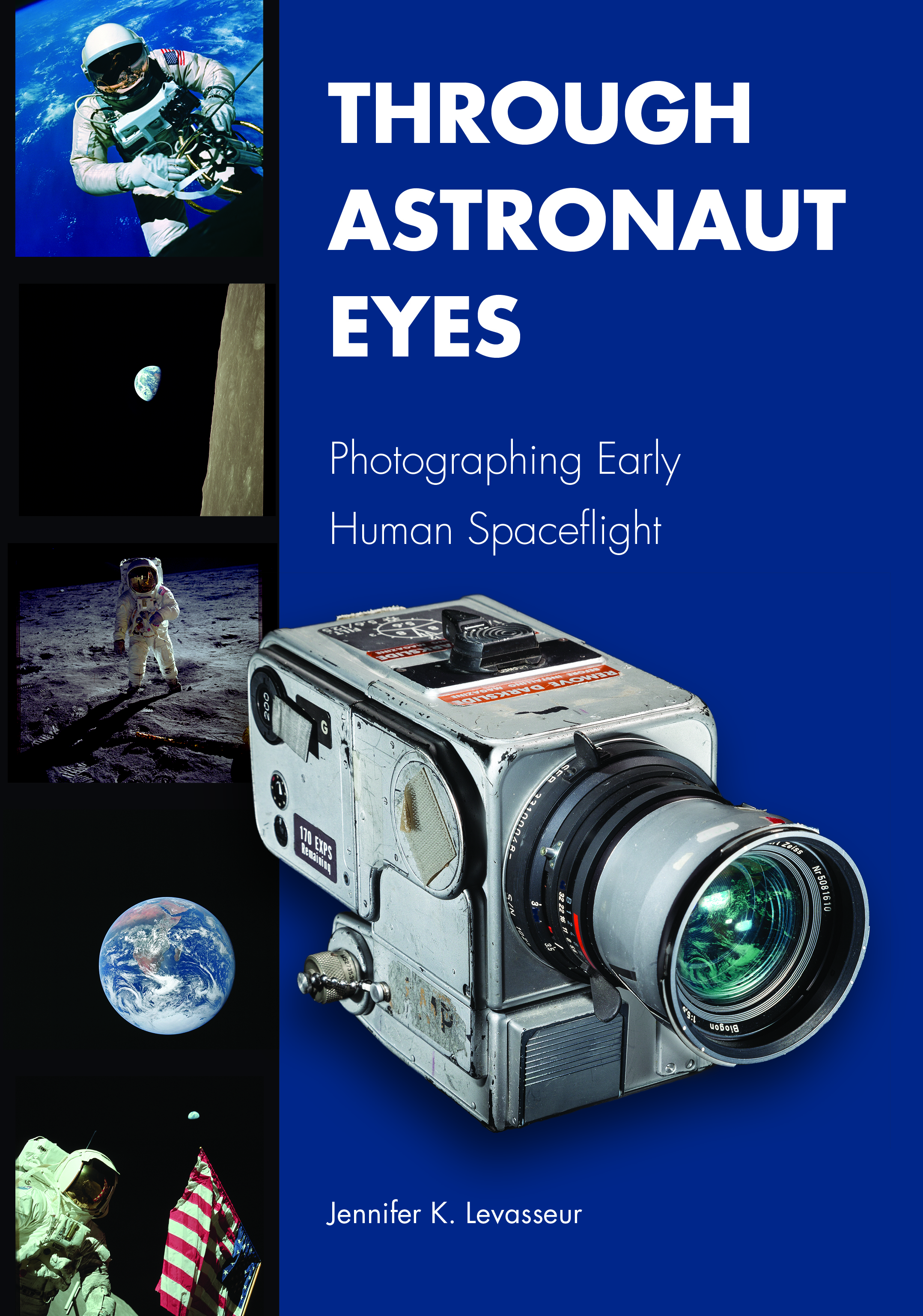 Featuring over seventy images from the heroic age of space exploration, Through Astronaut Eyes presents the story of how human daring along with technological ingenuity allowed people to see the Earth and stars as they never had before.

Photographs from the Mercury, Gemini, and Apollo programs tell powerful and compelling stories that continue to have cultural resonance to this day, not just for what they revealed about the spaceflight experience, but also as products of a larger visual rhetoric of exploration. The photographs tell us as much about space and the astronauts who took them as their reception within an American culture undergoing radical change throughout the turbulent 1960s.

This book explores the origins and impact of astronaut still photography from 1962 to 1972, the period when human spaceflight first captured the imagination of people around the world. Photographs taken during those three historic programs are much admired and reprinted, but rarely seriously studied. This book suggests astronaut photography is particularly relevant to American culture based on how easily the images were shared through reproduction and circulation in a very visually oriented society. Space photography’s impact at the crossroads of cultural studies, the history of exploration and technology, and public memory illuminates its continuing importance to American identity.

Jennifer K. Levasseur is a museum curator in the Department of Space History at the Smithsonian National Air and Space Museum in Washington, DC. She received her PhD in history from George Mason University. During nearly two decades with the museum, Levasseur has worked on artifact loans and digital and exhibition projects. She serves as program committee chair of the Mutual Concerns of Air and Space Museums Conference, a biannual gathering of staff from museums around the world. Her recent curated exhibits include Outside the Spacecraft: 50 Years of Extra-Vehicular Activity and Moving Beyond Earth, which covers the space shuttle, International Space Station, and future of human spaceflight. Her collections responsibilities include astronaut cameras, the Skylab program, and astronaut personal equipment.