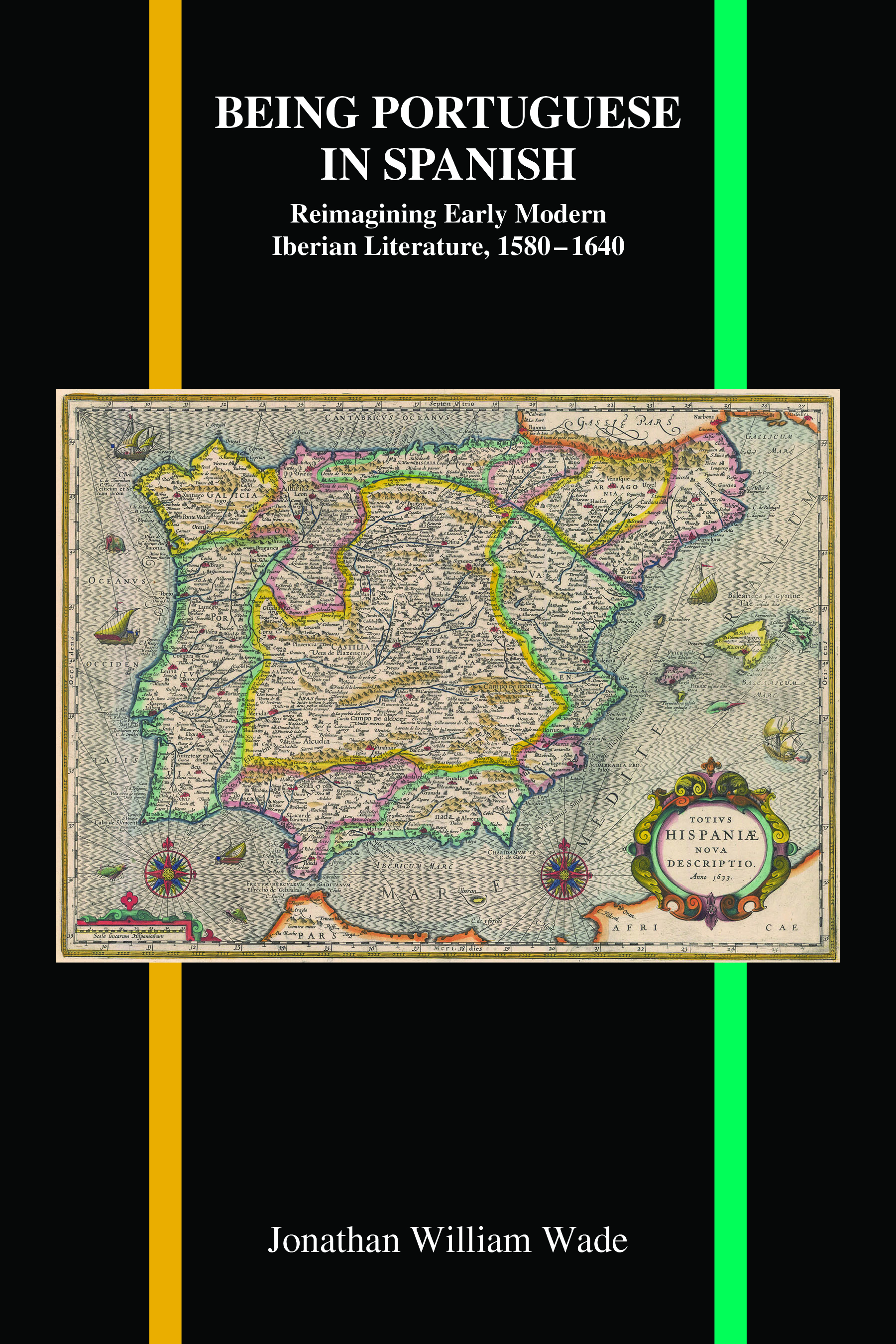 Being Portuguese in Spanish

Among the many consequences of Spain’s annexation of Portugal from 1580 to 1640 was an increase in the number of Portuguese authors writing in Spanish. One can trace this practice as far back as the medieval period, although it was through Gil Vicente, Jorge de Montemayor, and others that Spanish-language texts entered the mainstream of literary expression in Portugal. Proficiency in both languages gave Portuguese authors increased mobility throughout the empire. For those with literary aspirations, Spanish offered more opportunities to publish and greater readership, which may be why it is nearly impossible to find a Portuguese author who did not participate in this trend during the dual monarchy.

Over the centuries these authors and their works have been erroneously defined in terms of economic opportunism, questions of language loyalty, and other reductive categories. Within this large group, however, is a subcategory of authors who used their writings in Spanish to imagine, explore, and celebrate their Portuguese heritage. Manuel de Faria e Sousa, Ângela de Azevedo, Jacinto Cordeiro, António de Sousa de Macedo, and Violante do Céu, among many others, offer a uniform yet complex answer to what it means to be from Portugal, constructing and claiming their Portuguese identity from within a Castilianized existence. Whereas all texts produced in Iberia during the early modern period reflect the distinct social, political, and cultural realities sweeping across the peninsula to some degree, Portuguese literature written in Spanish offers a unique vantage point from which to see these converging landscapes. Being Portuguese in Spanish explores the cultural cross-pollination that defined the era and reappraises a body of works that uniquely addresses the intersection of language, literature, politics, and identity.

Jonathan Wade is an associate professor of Spanish at Meredith College where he teaches a variety of courses on language and literature. He specializes in early modern Spanish and Portuguese literature, with particular emphasis on the comedia, Don Quixote and Cervantes, and Iberian studies (1580–1640). He has published articles in the Bulletin of the Comediantes, Hispania, and Comedia Performance, among other journals, as well as essays in various book-length studies. Overall, it is the crossing of borders (linguistic, national, genre) within literature that propels his scholarly inquiry.