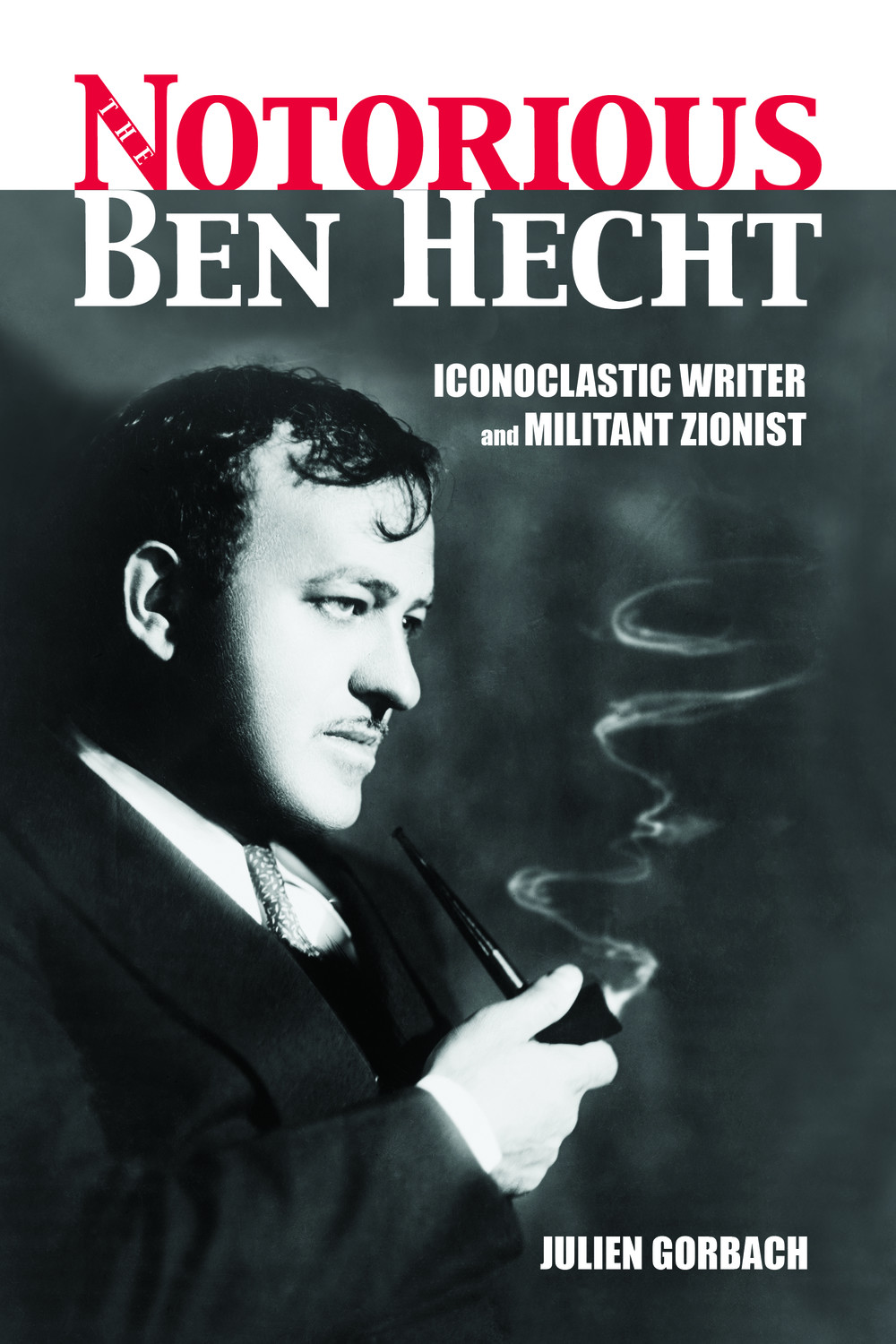 Ben Hecht had seen his share of death-row psychopaths, crooked ward bosses, and Capone gun thugs by the time he had come of age as a crime reporter in gangland Chicago. His grim experience with what he called “the soul of man” gave him a kind of uncanny foresight a decade later, when a loose cannon named Adolf Hitler began to rise to power in central Europe.

In 1932, Hecht solidified his legend as "the Shakespeare of Hollywood" with his thriller Scarface, the Howard Hughes epic considered the gangster movie to end all gangster movies. But Hecht rebelled against his Jewish bosses at the movie studios when they refused to make films about the Nazi menace. Leveraging his talents and celebrity connections to orchestrate a spectacular one-man publicity campaign, he mobilized pressure on the Roosevelt administration for an Allied plan to rescue Europe’s Jews. Then after the war, Hecht became notorious, embracing the labels “gangster” and “terrorist” in partnering with the mobster Mickey Cohen to smuggle weapons to Palestine in the fight for a Jewish state.

The Notorious Ben Hecht: Iconoclastic Writer and Militant Zionist is a biography of a great twentieth-century writer that treats his activism during the 1940s as the central drama of his life. It details the story of how Hecht earned admiration as a humanitarian and vilification as an extremist at this pivotal moment in history, about the origins of his beliefs in his varied experiences in American media, and about the consequences.

Who else but Hecht could have drawn the admiration of Ezra Pound, clowned around with Harpo Marx, written Notorious and Spellbound with Alfred Hitchcock, launched Marlon Brando’s career, ghosted Marilyn Monroe’s memoirs, hosted Jack Kerouac and Salvador Dalí on his television talk show, and plotted revolt with Menachem Begin? Any lover of modern history who follows this journey through the worlds of gangsters, reporters, Jazz Age artists, Hollywood stars, movie moguls, political radicals, and guerrilla fighters will never look at the twentieth century in the same way again.

Julien Gorbach spent most of his 10 years as a daily newspaper reporter on the police beat, covering drive-by shootings and murder trials, and publishing an investigative series on killings that remained unsolved because gangs had intimidated witnesses into silence. As a freelancer, he contributed to the Boston Phoenix, Time Out New York, the San Francisco Bay Guardian, and the New Orleans Gambit, among other publications. He covered Hurricane Katrina for the Boston Globe. Gorbach earned a doctorate in media history at the University of Missouri-Columbia in 2013 and is now an assistant professor in the School of Communications at the University of Hawaii at Manoa.