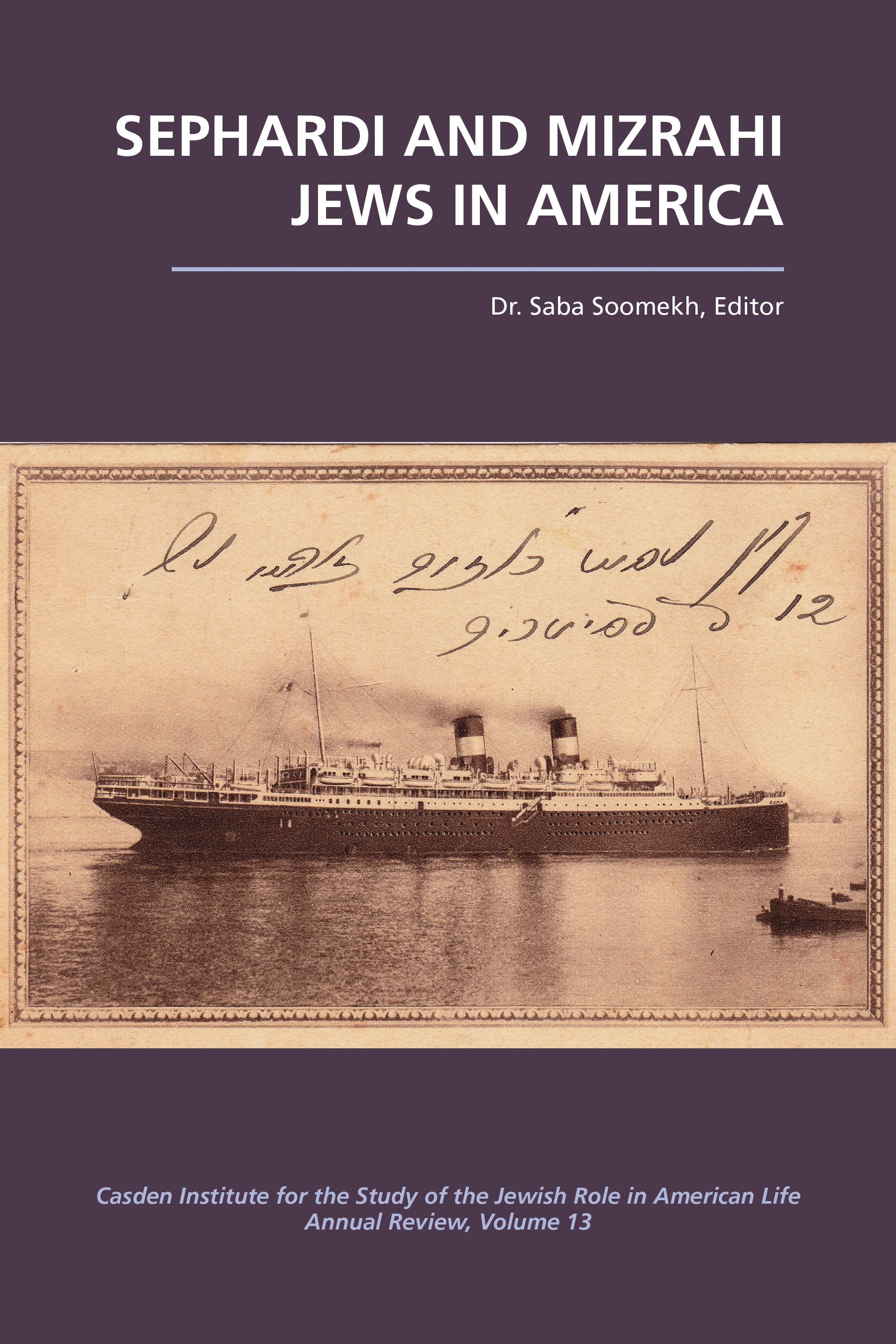 Sephardi and Mizrahi Jews in America

When discussing identity in America, one contributor will review and explore the distinct philosophy and culture of classic Sephardic Judaism, and how that philosophy and culture represents a viable option for American Jews who seek a rich and meaningful medium through which to balance Jewish tradition and modernity. Another chapter will provide a historical perspective of Sephardi/Ashkenazi Diasporic tensions. Additionally, contributors will address the term Sephardi as a self-imposed, collective, ethnic designation that had to be learned and naturalizedand its parameters defined and negotiatedin the new context of the United States and in conversation with discussions about Sephardic identity across the globe.

This volume also will look at the theme of literature, focusing on Egyptian and Iranian writers in the United States. Continuing with the Iranian Jewish community, contributors will discuss the historical and social genesis of Iranian-American Jewish participation and leadership in American civic, political, and Jewish affairs. Another chapter reviews how art is used to express Iranian Diaspora identity and nostalgia.

The significance of language among Sephardi and Mizrahi communities is discussed. One chapter looks at the Ladino-speaking Sephardic Jewish population of Seattle, while another confronts the experience of Judeo-Spanish speakers in the United States and how they negotiate identity via the use of language. In addition, scholars will explore how Judeo-Spanish speakers engage in dialogue with one another from a century ago, and furthermore, how they use and modify their language when they find themselves in Spanish-speaking areas today.

Dr. Saba Soomekh teaches and writes extensively on world religions, women and religion, and the geopolitics of the Middle East at UCLA and California. Soomekh is the author of From the Shahs to Los Angeles: Three Generations of Iranian Jewish Women between Religion and Culture (SUNY Press, 2012). Her book was awarded the gold medal in the 2013 Independent Publisher Book Award in the religion category.