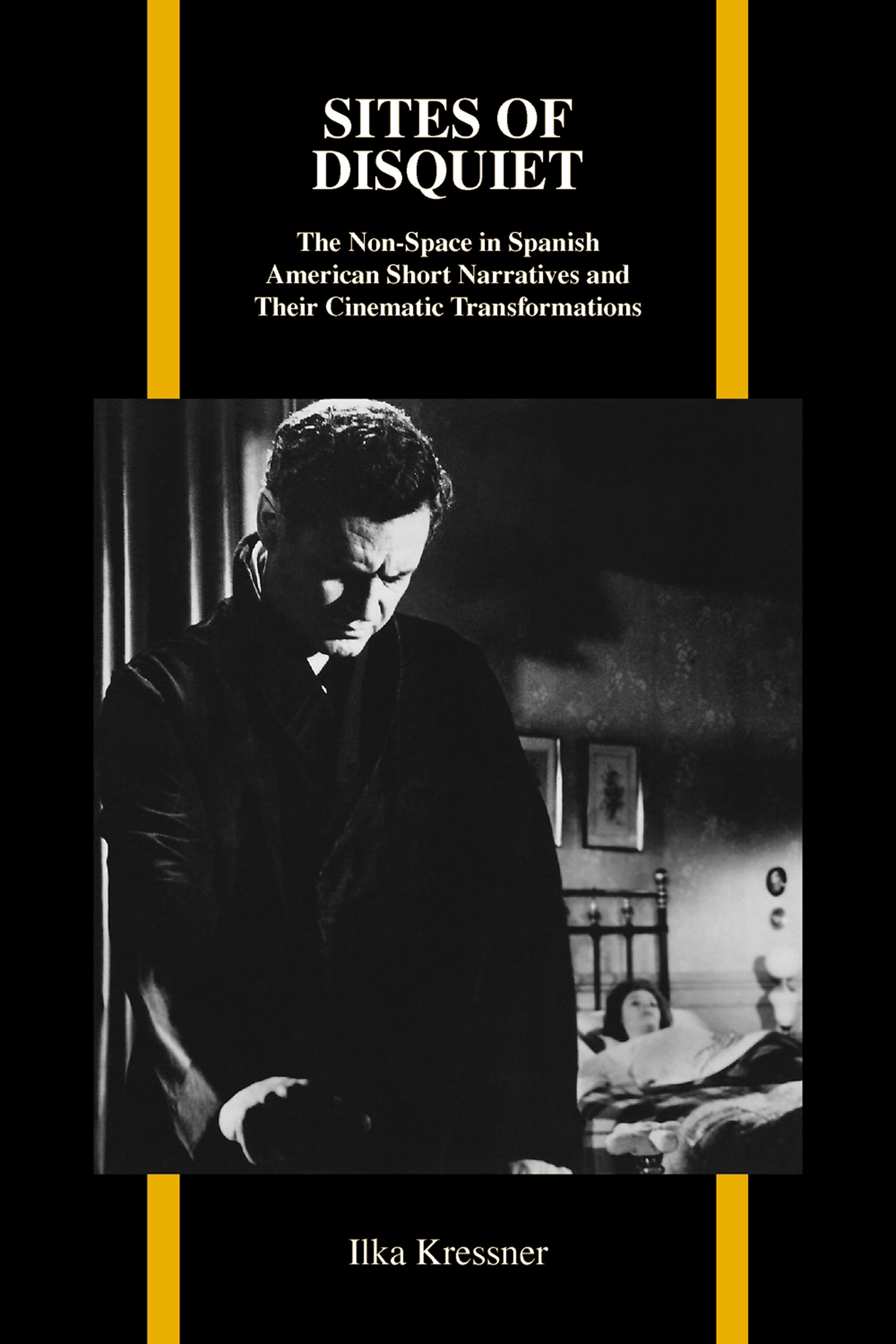 Some of the most important writers of the twentieth century, including Borges, Cortázar, Rulfo, and García Márquez, have explored ambiguous sites of a disquieting nature. Their characters face merging perspectives, deferral, darkness, or emptiness. Such a space is neither a site of projection (as utopia or dystopia) nor a neutral setting (as the topos). For the characters, it is real and active, at once elusive and transforming. Despite the challenges of visualizing such slippery spaces, filmic experimentations in Spanish American cinema since the 1960s have sought to adapt these texts to the screen. Ilka Kressner’s Sites of Disquiet examines these representations of alternative dimensions in Spanish American short narratives and their transformations to the cinematic screen. The study is informed by contemporary critical approaches to spatiality, especially the concepts of atopos (non-space), spaces of mobility, sites of différance, of a self-effacing presence, and sonic spaces. Kressner’s comparative study of textual and cinematic constructions of non-spaces highlights the potential and limits of inter-arts adaptation. Film not only portrays the sites in ways that are intrinsic to the medium, but during the cinematic translation, it further develops the textual presentations of space. Text and film illuminate each other in their renderings of echoes, gaps, absences, and radical openness. The shared focus of the two media on precarious spaces highlights their awareness of the physical and situational conditions in the works. Therefore, it vindicates the import of space and dwelling, and the often underestimated impact of surroundings on the human body and mind. Despite their heterogeneity, the artistic elaborations of these ambivalent atopoi all share a liberating impulse: they assert creative and open-ended interactions with space where volatility ceases to be a negative term.

Ilka Kressner, the University at Albany, State University of New York, focuses on twentieth-century to contemporary Spanish American literature and arts, often from a comparative perspective. Her research interests include intermediality (word, image, sound), notions of space in art (encompassing the related topics of vertigo, free fall, and velocity), ecocriticism, and aesthetics of interaction.