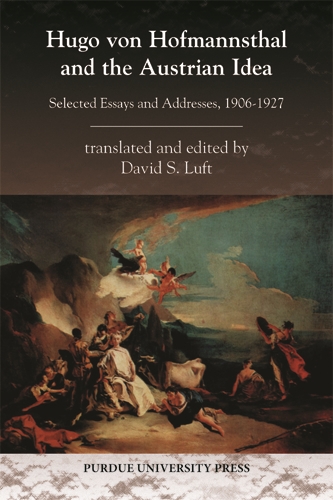 The Austrian writer Hugo von Hofmannsthal (1874-1929) was one of the great modernists in the German language, but his importance as a major intellectual of the early twentieth century has not received adequate attention in the English-speaking world. One distinguished literary scholar of his generation called Hofmannsthal a

David Luft received his BA in comparative literature from Wesleyan (Connecticut) in 1966 and his PhD in modern European history from Harvard in 1972. He taught for thirty-six years at the University of California, San Diego. He joined the Department of History at Oregon State University in the fall of 2008 as Thomas Hart and Mary Jones Horning Professor in the Humanities.