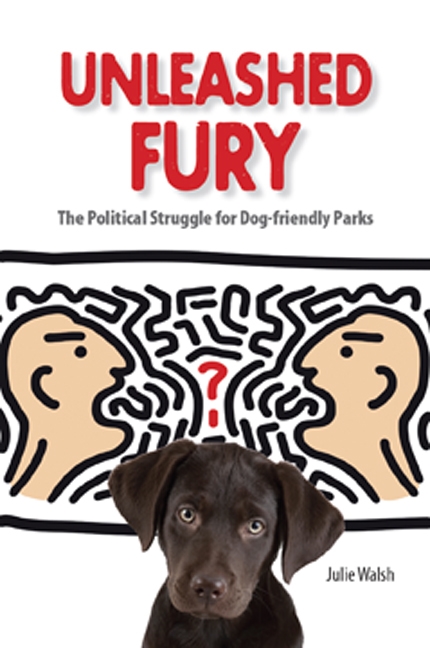 The Political Struggle for Dog-friendly Parks

The question of whether dogs should be allowed off the leash in public places has become a major political issue in cities and suburbs across the United States. In the last two decades,

Julie Walsh is an associate professor of political science at American International College in Springfield, Massachusetts. She has previously published an academic work, The Intellectual Origins of Mass Parties and Mass Schools in the Jacksonian Period, which drew heavily on democratic theory, and has written several reference pieces on political parties and elections. In recent years, she has gained firsthand experience of the politics of leashing, attending organizational and political meetings about the issue and informally speaking with people who have fought against leash laws and/or to establish dog parks.