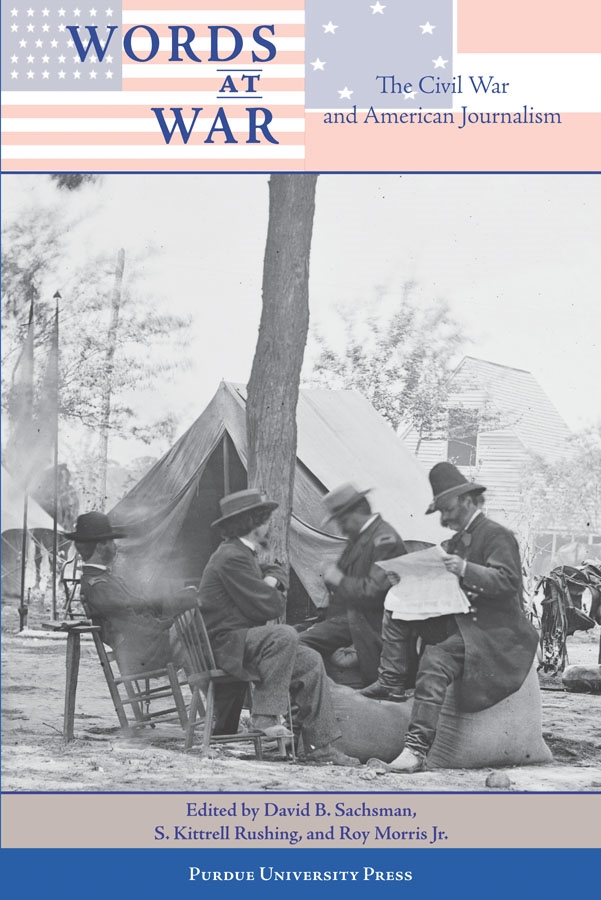 The Civil War and American Journalism

Words at War: The Civil War and American Journalism analyzes the various ways in which the nation's newspaper editors, reporters, and war correspondents covered the biggest story of their lives-the Civil War-and in doing so both reflected and shaped the responses of their readers. The four sections of the book, Fighting Words, Confederates and Copperheads, The Union Forever, and Continuing Conflict trace the evolving role of the press in the antebellum, wartime, and postwar periods.

David B. Sachsman holds the George R. West, Jr. Chair of Excellence in Communication and Public Affairs at the University of Tennessee-Chattanooga. Sachsman is an editor of The Civil War and the Press (2000) and director of the annual Symposium on the 19th Century Press, the Civil War, and Free Expression, which he and Kit Rushing founded in 1993. He also is known for his books and articles on environmental communication. S. Kittrell Rushing is the Frank McDonald Professor of Communication and the head of the Communication Department at the University of Tennessee-Chattanooga. His current research interests include newspapers of the antebellum and Civil War eras. Roy Morris Jr. is the editor of Military Heritage magazine and the author of four well-received books on the Civil War and post-Civil War eras. He is currently working on a new book for Smithsonian/HarperCollinson the presidential election of 1860, as well as serving as a special projects editor for the University of Tennessee at Chattanooga.