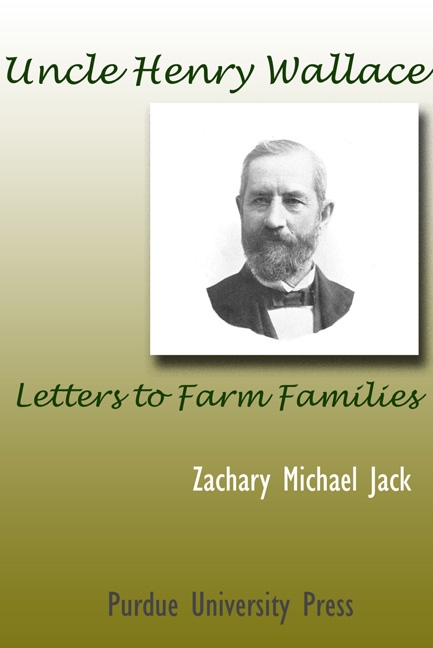 Back in print for the first time in over a century, the real heart and soul of the eldest Henry Wallace is revealed in his open letters to America's farm families. These homespun, secular epistles show that Wallace never lost sight of his roots even as he hobnobbed with U.S. Presidents from Teddy Roosevelt to Woodrow Wilson, anchored the prestigious Country Life Commission, and edited the most famous agricultural magazine of its day, Wallaces' Farmer. Who better to yoke the sacred, agrarian arts of stewardship, husbandry, and parenting than writer-philosopher-farmer-conservationist-minister-educator-public benefactor extraordinaire Uncle Henry Wallace, the man who planted the seeds of honorable public service in his own world-famous son and grandson, Secretary of Agriculture Henry C. Wallace and Vice President and Presidential candidate Henry A. Wallace, respectively. Culled from more than a half dozen volumes of Wallace's writing for farm families, Uncle Henry Wallace: Letters to Farm Families captures the spirit of a man journalist Ray Stannard Baker called

Zachary Michael Jack has authored or edited more than a half dozen books. Jack's most recent edited collection, Letters to a Young Iowan: Good Sense from the Good Folks of Iowa for Young People Everywhere reflects his ongoing commitment to today's young people. An assistant professor of English, Jack teaches courses in writing and rural studies and urban studies at North Central College (Naperville, Illinois).