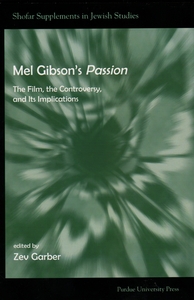 The Film, the Controversy, and it's Implications

Mel Gibson's film, The Passion of the Christ, was released on Ash Wednesday, February 24, 2004 to capacity audiences in theatres and auditoriums across the U.S. and other countries. Prior to the film's release, a groundswell of controversy filled the airwaves and media outlets. Some religious groups protested the film, while others embraced it. Mel Gibson focuses on the Passion not the life nor resurrection of Christ. By doing so, he leaves out most of the elements of the Jesus story familiar to Christians and consequently he adds non-biblical gruesome details foreign to the Gospels. Mel Gibson's Passion: The Film, the Controversy, and Its Implications exposes the flaws of Gibson's cinematic Christ and lays out assertively and persuasively the rationale of Jews and Christians in how to grasp and comprehend the passion and execution of the Christian savior known scripturally as the "King of the Jews."