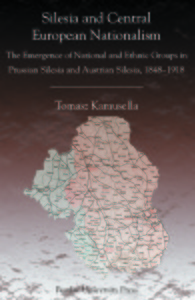 The Emergence of National and Ethnic Groups in Prussian Silesia and Austrian Silesia, 1848-1918

This book analyzes the problems of nation building in the Central European region of Silesia in 1848 to 1918. The German ethnic model of nation building steeped in language and culture had been replicated in the case of Polish and Czech nationalisms. Silesia became a focal point as an area that was sought after by all three nations.

Tomasz Kamusella has worked at Opole University in Poland since 1995. His research focuses on the issues of ethnicity, nationalism, language formation, and European integration. He has been widely published on these subjects in Europe and North America, and he recently published The Szlonzoks and Their Language.