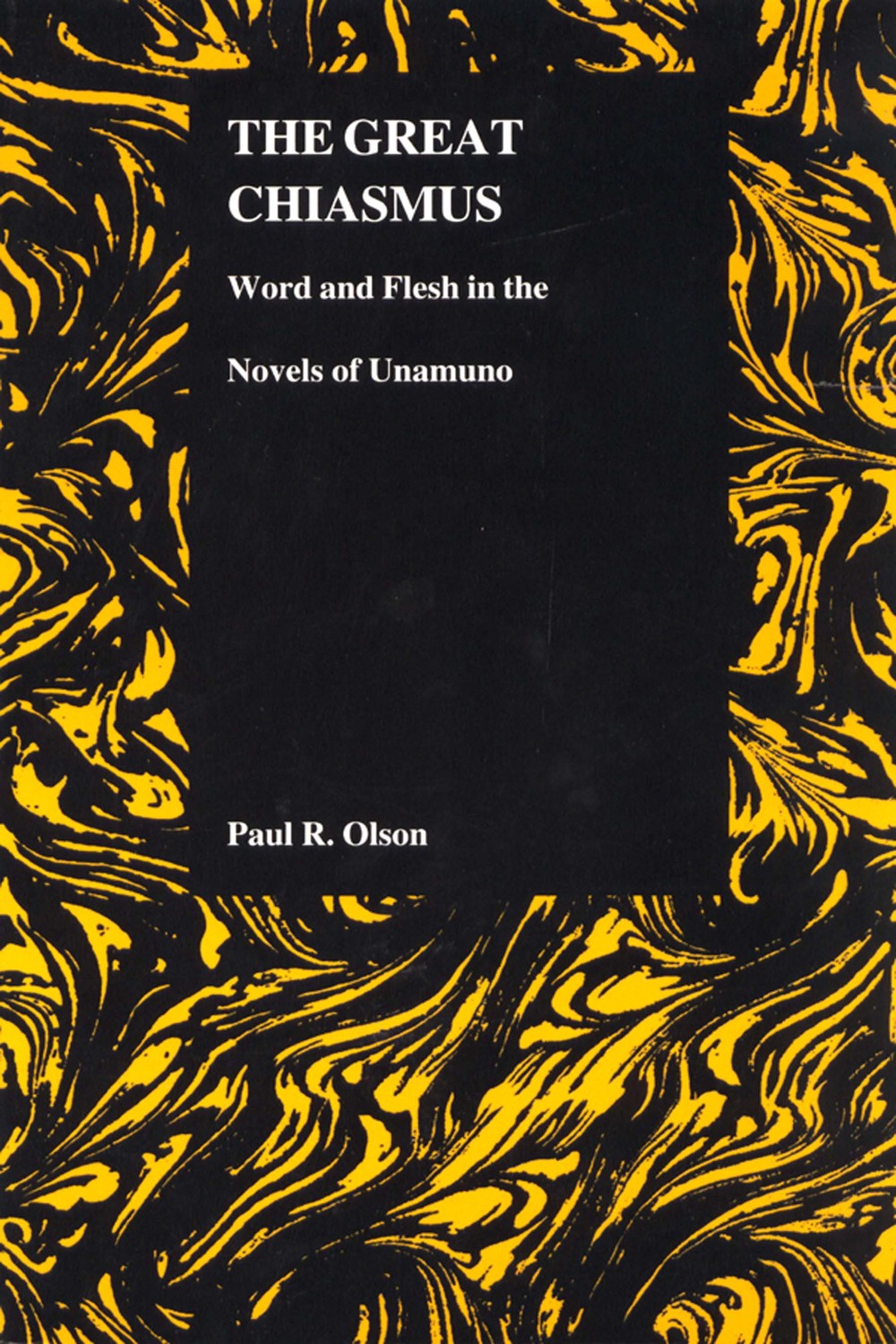 Word and Flesh in the Novels of Unamuno

In The Great Chiasmus, Paul R. Olson explores the use of the chiasmus in the work of Miguel de Unamuno. The chiasmus, a reversal in the order of words or parts of speech in parallel phrases, appears on a variety of levels, from brief microstructures (blanca como la nieve y como la nieve fria), to the narrative structures of entire novel. Olson even suggests the chiasmus encompasses the stages in Unamuno's novelistic work, forming a chiasmus that can be schematized as ABC:CBA. As a phenomenon of enclosure, the chiasmus is related to other enclosing phenomena such as the image of Chinese boxes and the mise en abyme. These structures, three-dimensional version of the chiasmus, are also frequent in Unamuno’s texts.

The chiasmus is also found on the conceptual level, in which Unamuno regards apparent contraries as freely reversible and thus identical. From early adulthood he was fascinated by the Hegelian idea of the identity of pure Being and pure Nothingness, and that concept provides the structure underlying a wide variety of his paradoxes and verbal conceits. In this connection, Unamuno explores concepts usually considered opposites, such as mind and body or spirit and matter. Olson's close readings of the texts in terms of this structure lead to observations on Spanish history, events in Unamuno's life, the psychological dimensions of his characters, and the authorial self that is found within his texts.