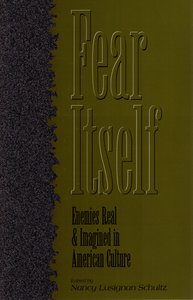 This collection contains twenty-seven new essays on American paranoia drawn from a range of disciplines, including American studies, film studies, history, literature, religious studies, and sociology. It's arranged by topic and largely in chronological order, explore manifestations of fear throughout the history of the United States. Approaching the topic from a variety of perspectives and methodologies, contributors to the collection explore theoretical constructions of fear, religious intolerance in early American culture, racial discrimination, literary expressions of paranoia, and Cold War anxieties, as well as phobias of the modern age and about the future. Together, these essays cover topics from nearly every period of U.S. history, offering a remarkable picture of the