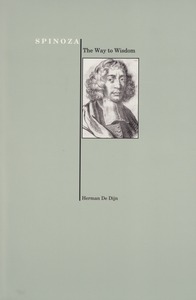 The philosophy of Baruch Spinoza (1632-77) is an unusual, highly original, and influential reaction to the transition of Western culture to the modern age. According to Spinoza, modern scientific thinking, if thought through, leads to a denial of humanity as the center of creation, willed by a personal God. It is Spinoza who first formulated a philosophy which shows that modern scientific thinking, and the modern metaphysical view of humanity and the world that it gives rise to, does not have to lead to despair. He understood that engaging seriously in detached philosophical thinking could lead to an unexpected form of intellectual salvation.

De Dijn's comprehensive introduction to Spinoza's philosophy is based on two key texts. He first provides an in-depth analysis of Spinoza's Treatise on the Improvement of the Understanding, which De Dijn characterizes as his introduction to philosophy. This notoriously difficult text is here made accessible, even in its details. This analysis is followed by a comprehensive survey of Spinoza's metaphysics as presented in his famous Ethics. De Dijn demonstrates how Spinoza's central philosophical project as introduced in the Treatise – the linkage of knowledge and salvation – is perfectly realized in the Ethics. In this way the unity of Spinoza's thought is shown to consist in his preoccupation with the ethical question of salvation. The book also contains introductory chapters on Spinoza's life and work, the original Latin text of the Treatise and its new English translation by Edwin Curley, and an annotated bibliography on the secondary literature.