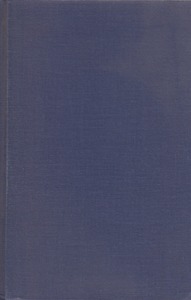 The Road to Romanian Independence

In the 1860s and 1870s, Danubian Romania embarked on its difficult transition from political subordination to independence. Throughout this arduous process, Romanians faced perplexing challenges from the neighboring empires of Russia, Austria-Hungary, and Turkey, plus persistent meddling in their affairs by West European powers. The battle for independence affected, and was affected by, such issues as Romania's quest for progress, its internal civil rights, and its relations with other Balkan nationalities. In tracing the complicated interaction of these elements, Frederick Kellogg explores the development of Romanian railroads and trade, Romanian anti-Semitism, and Balkan nationalism and Bulgarian revolutionary currents. Russia's war against Turkey and the subsequent peace agreements brought about constitutional change and territorial sacrifice for Romania, along with annexation between the lower Danube River and the Black Sea. Using sources cuffed from little-known Romanian and other European archives and libraries, Kellogg convincingly explains why and how the powers interacted with one another and with Romania, and how Romanian political leaders responded to provocations and opportunities throughout the momentous passage to independent statehood.