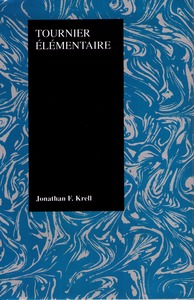 Michel Tournier, member of the Acadimie Goncourt and one of the most influential French writers of the post-Nouveau roman period, stresses the crucial interrelationship that exists between myth and literature. It is the writer's duty, he states, to keep myths alive by continually renewing and transforming them, re-releasing them in an ever changing social context. Written in French, this study considers the Tournier novel as the story of a voyage in a literal and figurative sense. Jonathan Krell uses the term

Jonathan F. Krell is a professor of French at University of Georgia. He has published on French linguistics and nineteenth- and twentieth-century French literature.