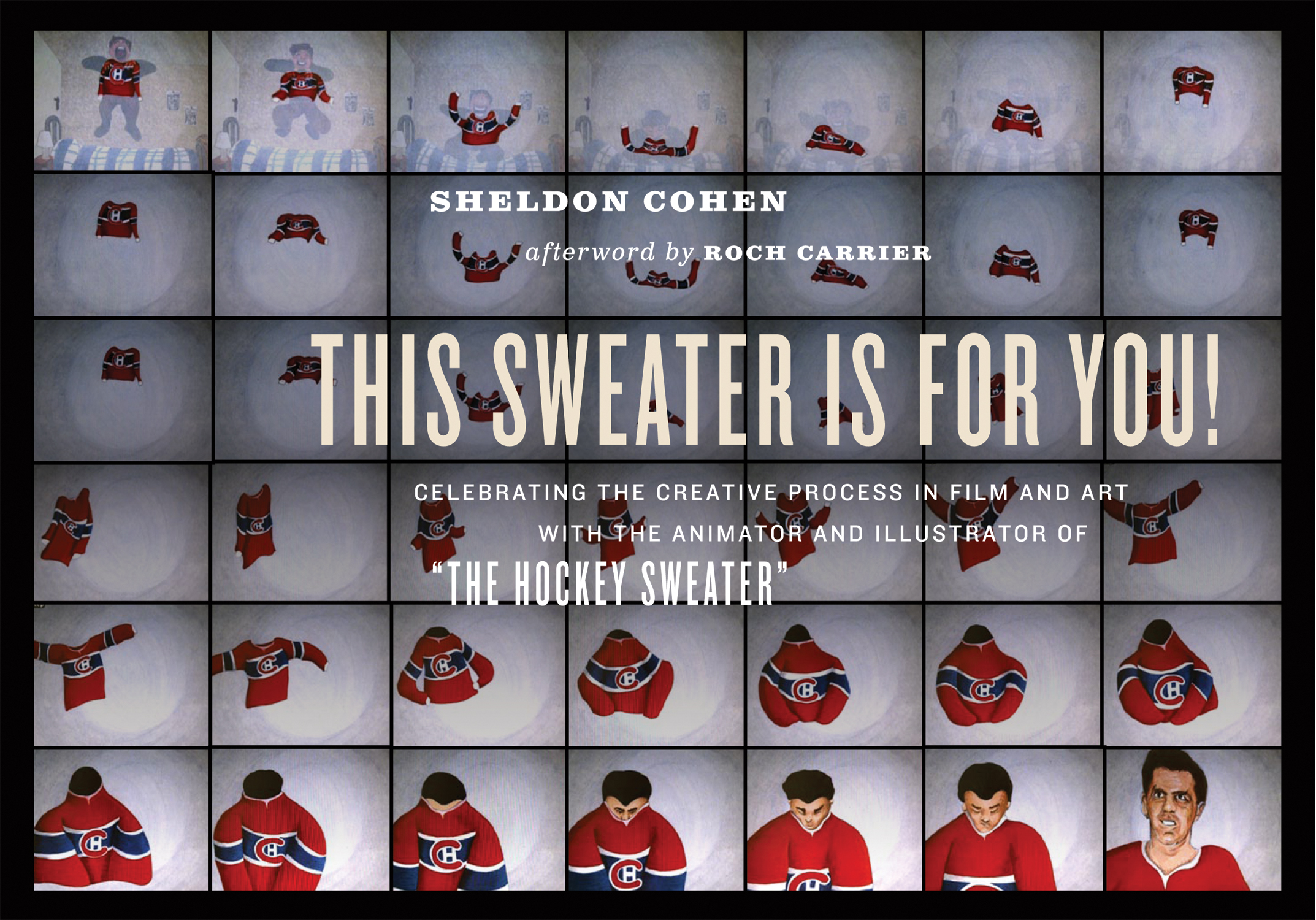 This Sweater Is for You!

The Sweater is one of the most beloved animated films of all time. Based on Roch Carrier’s short story, also known as ?The Hockey Sweater,” the film recounts the most horrifying moment of the author’s childhood. Sheldon Cohen adapted the story into animation and created a film that is as much about childhood emotions and the desire to fit in, as it is about hockey, the clash of cultures, and a harkening to bygone times. Now 30 years later, Sheldon delves into his notebooks, photographs, and memories to recreate the process he undertook to make The Sweater. He takes the reader on a journey back to Ste.-Justine, showing all of the places and people that inspired him. He also delves into his other films, book illustrations, and paintings over his 40-year career, and along the way he gives us rich insights into the creative process.

Sheldon Cohen is an award-winning animator and film director, an illustrator, and a painter. His films include "I Want a Dog," "Pies," "The Snow Cat," "The Sweater," and "The Three Wishes." He is the author of "The Basketball Player," "The Boxing Champion," "The Flying Canoe," and "The Longest Home Run." He has lectured at Harvard University and Concordia University. He lives in Montreal, Quebec. Roch Carrier was Canada's National Librarian and the author of several Canadian classics for both adults and children. He has been awarded the Stephen Leacock Award for Humor, Fellow of the Royal Society of Canada, Officer of the Order of Canada, and several honorary doctorates. He lives in Ottawa, Ontario.