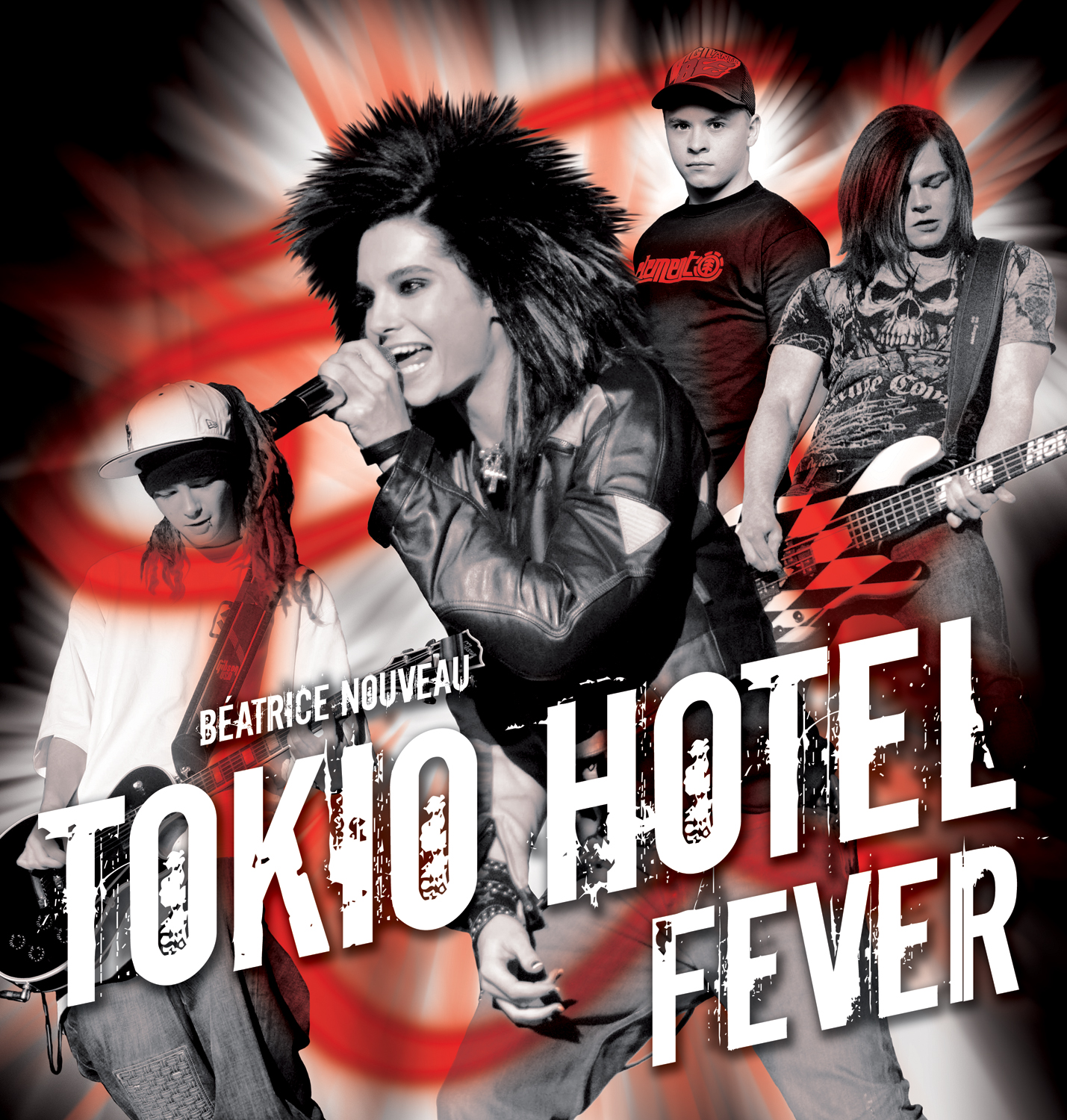 Tokio Hotel — twin brothers Bill (vocalist) and Tom (guitarist) Kaulitz, drummer Gustav Schäfer, and bassist Georg Listing — were already multi-platinum-selling superstars in their native Germany when they decided to take the rest of the world by storm. Tokio Hotel translated their two albums from German and found English-speaking audiences just as receptive to their alt-rock music, moving lyrics, and distinct visual style as European fans are, with Scream going platinum. In addition to a nomination for Best Pop Video for “Ready Set Go!” the band won the MTV Video Music Award for Best New Artist in 2008 (beating Miley Cyrus, Katy Perry, and Taylor Swift) and hit the road, touring America and winning over the hearts of audiences. In October 2009, their third album, Humanoid (Universal), was released simultaneously in German and English. Already a bestselling book in Europe and available for the first time in English, Béatrice Nouveau’s Tokio Hotel Fever is a full-colour tribute to Bill, Tom, Gustav, and Georg, featuring stunning photos of the band — in performance, off stage, and as children — and all the details on their early days, their musical and style influences, their love for their devoted legions of fans, as well as updates on their new album and tour.

Béatrice Noveau is the author of a number of popular books on subjects like Marilyn Manson, Depeche Mode, and Britney Spears (all in French).