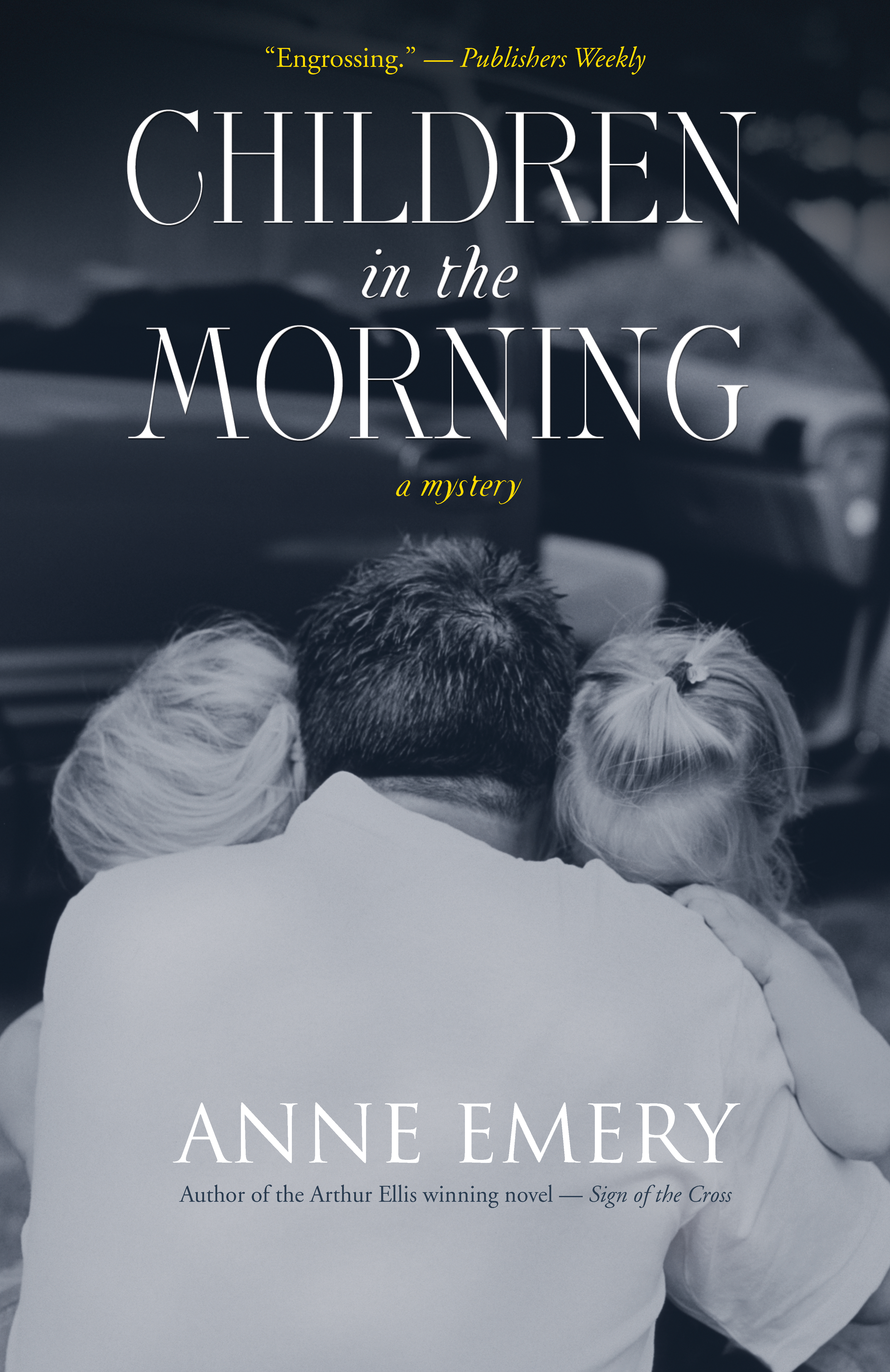 Children in the Morning

Winner of the Dartmouth Book Award for Fiction. “Emery’s first novel won the Arthur Ellis Award for Best First Novel in 2007 and it is clear why. Her writing is fast-paced and exciting, and the book is difficult to put down.” — Scene Magazine Hotshot lawyer Beau Delaney is charged with the murder of his wife Peggy. The Delaney family dynamics and the appearance of a mysterious child complicate Monty Collins’s defence of Delaney, and convince him that his client is harbouring secrets. Beau Delaney is a bit of a showboat, a prominent lawyer whose exploits have become the subject of a Hollywood film. He’s also the father of ten children (many adopted). Now he’s charged with the murder of his wife, Peggy. It’s another hard case for lawyer and bluesman Monty Collins. His client is keeping secrets; a mysterious eleventh child turns up and demands to take part in the trial; and the last words anyone heard from Peggy were “the Hells Angels!” Monty isn’t alone in trying to save Delaney from life in prison and save his sprawling family from breaking up. Monty’s pal, Father Brennan Burke, has a hand in the investigation, too. But Burke is also lending a hand to Monty’s estranged wife, Maura. And the priest finds himself burdened with unwelcome secrets of his own when Maura’s old flame arrives on the scene and threatens to turn her world upside down. Watching all this through the eyes of a child is Monty and Maura’s little girl, Normie. Like her spooky grandmother in Cape Breton, Normie has the gift of second sight. When she starts having visions that seem to involve Beau Delaney, she can’t tell whether they reflect something he’s done in the past, or something he might do in the future. We hear the story from two points of view, experience and innocence, Monty and Normie, and ask ourselves which of them will be first to uncover the truth about Beau Delaney. About the Collins-Burke Mysteries This multi-award-winning series is centred around two main characters who have been described as endearingly flawed: Monty Collins, a criminal defence lawyer who has seen and heard it all, and Father Brennan Burke, a worldly, hard-drinking Irish-born priest. The priest and the lawyer solve mysteries together, but sometimes find themselves at cross-purposes, with secrets they cannot share: secrets of the confessional, and matters covered by solicitor-client confidentiality. The books are notable for their wit and humour, and their depiction of the darker side of human nature ? characteristics that are sometimes combined in the same person, be it a lawyer, a witness on the stand, or an Irish ballad singer who doubles as a guerrilla fighter in the Troubles in war-torn Belfast. In addition to their memorable characters, the books have been credited with a strong sense of place and culture, meticulous research, crisp and authentic dialogue, and intriguing plots. The novels are set in Nova Scotia, Ireland, England, Italy, New York, and Germany. The series begins with Sign of the Cross (2006) and continues to the most recent installment, Postmark Berlin (2020).

Anne Emery is a graduate of Dalhousie Law School. She has worked as a lawyer, legal affairs reporter, and researcher. She lives in Halifax, Nova Scotia, with her husband and daughter. She is the author of Sign of the Cross, winner of the 2007 Arthur Ellis Award for Best First Novel, Obit (2007), Barrington Street Blues (2008), and Cecilian Vespers (2009).