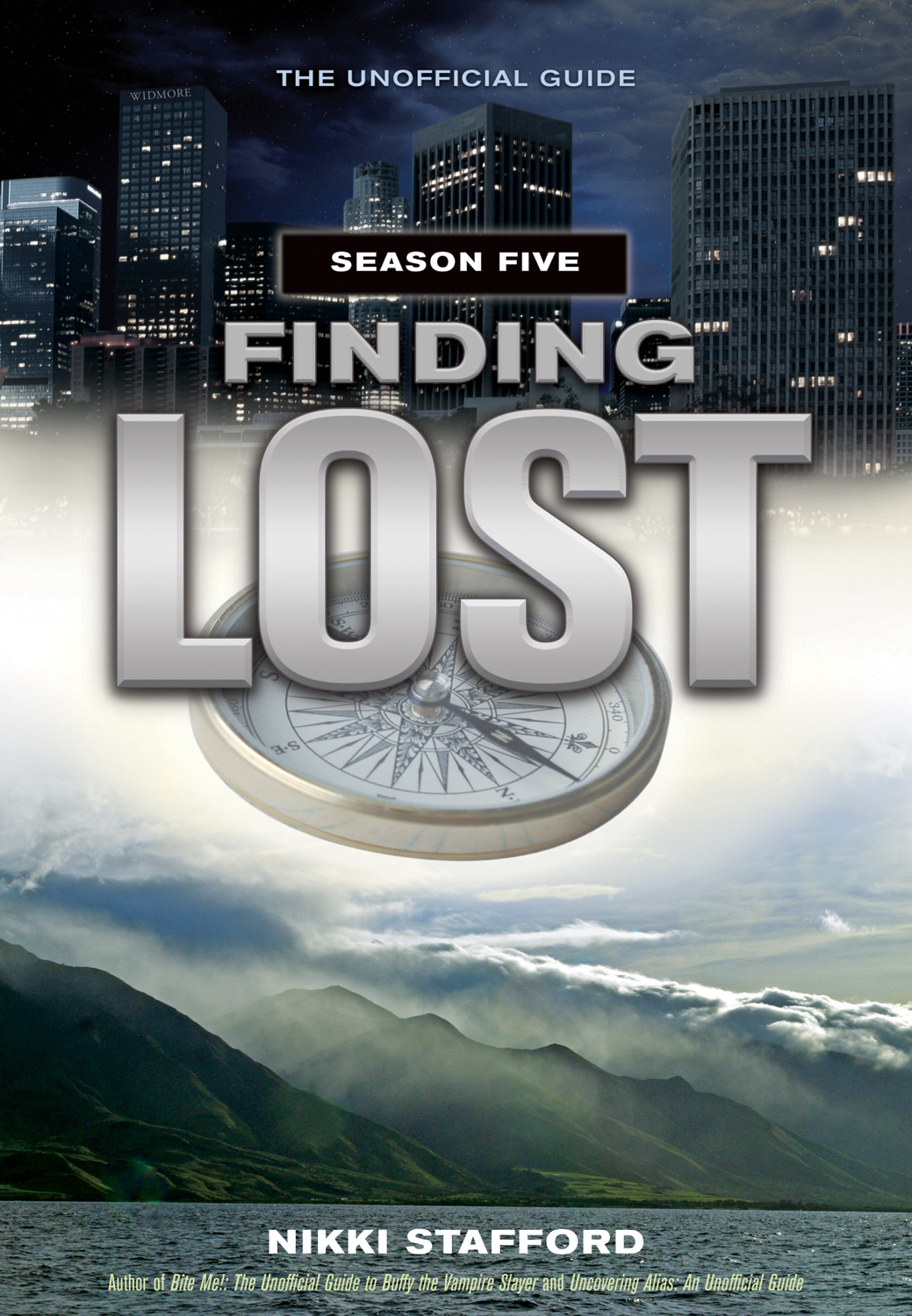 “Nikki Stafford is a godsend to Lost enthusiasts in particular and TV lovers in general. I’ve written about TV for several years, and have always valued her opinion and insights on all things television.” — Amanda Cuda, Connecticut Post “If you want to know your Benjamin Linuses from your Henry Gales or your John Lockes from your Jeremy Benthams, let Nikki Stafford be your constant. Her writing reflects the insightfulness, passion and humor of both the show and its fans.” — Steve “The Shout” Dandy, “Nik at Nite” contributor Since its premiere in 2004, Lost has gone from weird (polar bears in the jungle) to weirder (a man living in a bunker hitting a button every 108 minutes to “save the world”) to just plain crazy (a large frozen wheel moving the island). And the fans love every minute of it. In the brilliant season four, the outside world invaded the island and the Oceanic 6 were “rescued.” And now . . . they’re coming back. The pre-eminent source for fans, Nikki Stafford’s Finding Lost series — the only Lost books with a complete episode-by-episode guide — continues its exploration of the deeper meanings of the show. The book includes: an in-depth look at every episode of season five, linking the events in the season to the early Lost years and adding highlights, little-known facts, and nitpicks chapters on the rules of time travel, the smoke monster, and that mysterious four-toed statue sidebars chronicling fun trivia such as Geronimo Jackson, Star Wars references, and Locke’s injuries analysis of literary references such as The Little Prince, Ulysses, Y: The Last Man, A Separate Reality, and Everything That Rises Must Converge photos of the filming locations in Hawaii As you prepare to watch the final season, Finding Lost provides enough background to help you “find” Lost.

Nikki Stafford is the author of several books, including previous books on Lost, as well as Bite Me! The Unofficial Guide to the World of Buffy the Vampire Slayer, and co-author of Uncovering Alias: An Unofficial Guide. She lives in Toronto.