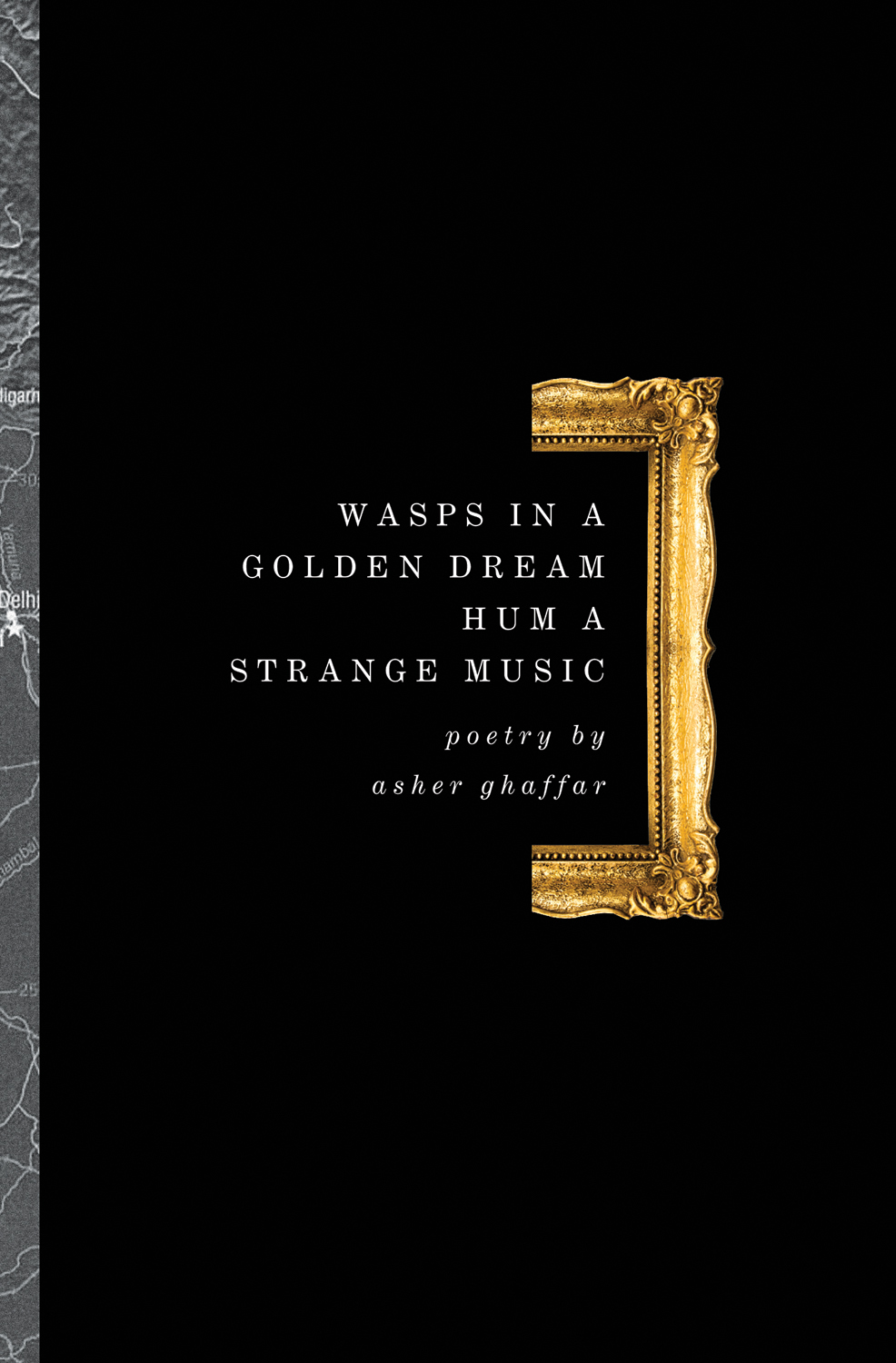 Wasps in a Golden Dream Hum a Strange Music

?In the age of increasing surveillance of borders, the border is where every thing significant occurs; map the border and you begin to understand the pulse of a nation,” Asher Ghaffar writes in the introduction to wasps in a golden dream hum a strange music, his debut collection of poetry. In 2003, he was stopped at the Wagah border post, where hundreds gather to watch the spectacle of the aggressive flag-lowering ceremony on both the Indian and Pakistani side.

Deploying the Wagah border literally and metaphorically, Ghaffar movingly describes the affective dimensions of ?race” from the position of second-generation Canadian-born Muslim immigrant, deftly interrogating media depictions of the War on Terrorism. As Ghaffar writes: "I saw an ocean between two worlds / where flowers burst like paper rage."

He also documents, in a series of cascading questions, the multiple ways that he came to understand the aftermath of the July 7th suicide bombings. At times the poetry is productively conflicted between narrative and verse, and the text opens up a fertile space where multiple genres flourish and jest.

In the spirit of anti colonial poets like Aimé Césaire and Mahmoud Darwish and more recent experimental writers like the late Theresa Hak Kyung Cha and Nathalie Stephens, Asher Ghaffar documents a restless and often beautiful search for a rich and complex anti colonial poetics for our times, without falling into comfortable dogmas: ?I sought a form for the body in crisis, the body in alliance with the flight of bees. I searched the archive for the voice which would break the density further. I sought the drive that was not the drive for death, but the drive for everlasting life in fervor.”