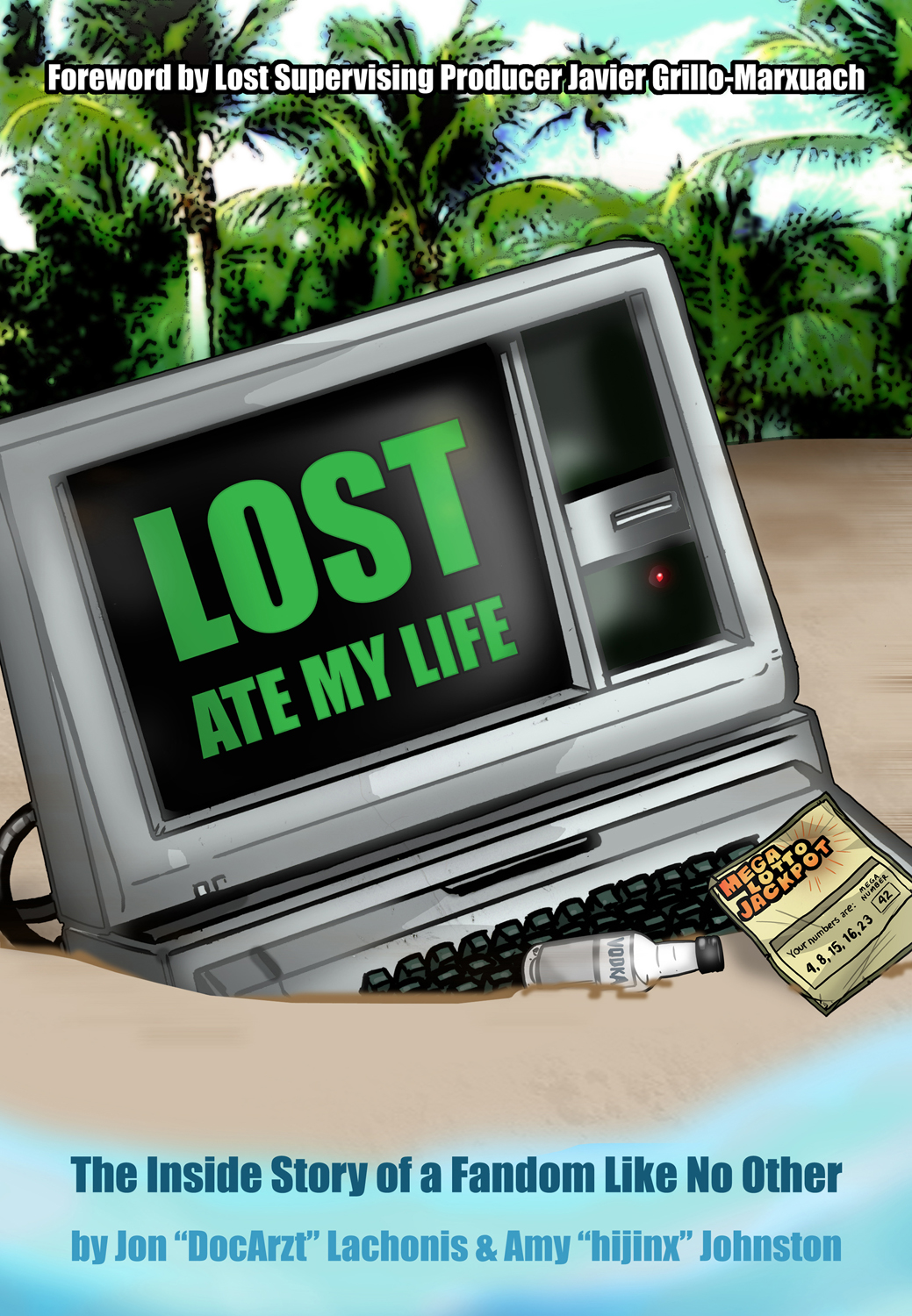 The Inside Story of a Fandom Like No Other

??Lost Ate my Life!” is not the authors’ self-referential statement. Instead, it is the collective cry of the hardened fan base for ABC’s pop-culture phenomenon. The book has two central ideas: first, that the creators of Lost created a shift in the thinking of online communities, effectively removing the barrier between the artists and the patrons by hosting one of the largest officially sponsored independent discussion forums in history. Lost bloggers became important celebrities amongst the fan bases, some fans found themselves drawn into the inner circle, and the network began making decisions based on ebb and flow of fan sentiment. Interwoven with the story of the fandom is the examination of Lost’s story itself: its archetypal themes, and its evolution from bordering on the high-concept ?cash in’ it was intended to be, to the high art mixture of philosophy, drama, redemption, science, and faith. What is it in the formula of Lost that speaks to our collective unconscious so well that millions of fans are easily able to endure such mammoth leaps of suspension-of-disbelief? The book’s story is told by two members of the fan community who witnessed the spread and impact of the fandom from the inside, eventually becoming insiders ? to different degrees ? themselves; one, Amy, deep within the inner sanctum of Lost labs, the other, Jon, ascending from the world of blogging to the world of professional media.

Jon Lachonis is best known for his work analyzing the nebulous world of ABC's "Lost." His writing has been featured on TheTailsection.com, BuddyTV.com, UGO.com, "The California Chronicle "online, and the "Seattle Post-Intelligencer." He lives in Maine. Amy Johnston is a writer and part-time webmistress who runs a number of fandom-oriented blogs, including The Evil Puppet Masters, and an official fansite for "Lost" executive producer Bryan Burk. Javier Grillo-Marxuach is an award-winning writer and producer of television, movies, comic books, and interactive media. He is a former writer and supervising producer for "Lost," whose writing and production credits for television include "Charmed," "The Chronicle, "Jake 2.0, """Medium," "The Pretender," and "Seaquest. "He lives in Los Angeles.