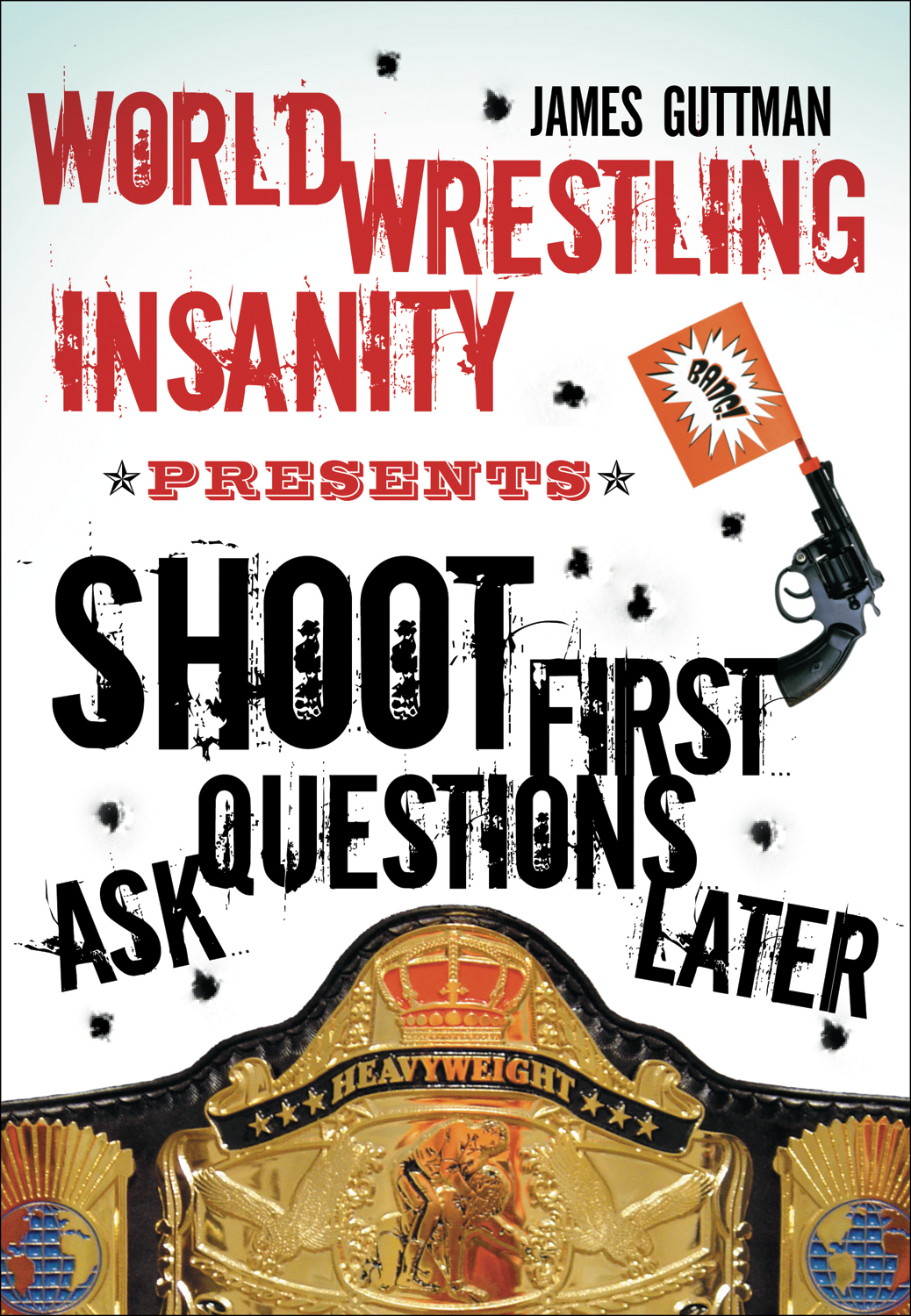 ?In the latest offering from the best-selling author of World Wrestling Insanity, James Guttman tells the real story behind contacting, cajoling, convincing, interviewing, and learning from more than 100 of professional wrestling’s most beloved stars. From former World Champions to Playboy models, from grizzled veterans to slick promoters, Radio Free Insanity, Guttman’s popular and groundbreaking weekly web broadcast has featured an environment that fosters discussion and leads to countless memorable tales. In Shoot First? Ask Questions Later you’ll journey with Guttman through the business of sports entertainment, making startling discoveries about the way the industry truly works. For the first time ever, Guttman offers keen insight into the true personalities of wrestling’s stars. Who’s the nicest guest off-air? And who was the most abrasive? Who was the funniest? And who was the worst interview in the history of interviews? What’s the bizarre story behind speaking with Scott Steiner, and why was Guttman worried? Why was Corporal Kirschner answering JG’s phone? What’s the inside scoop on the now infamous Ole Anderson shoot? What were crazy pre-interview conversations with people like Jerry Lawler, Diamond Dallas Page, Juvi ?The Juice” Guerrera, and others really like? Discover all this and more from James Guttman’s two years behind the curtain and inside the work/shoot world of professional wrestling. Shoot First ? Ask Questions Later, with over 100 names you’ve come to know and love and sometimes hate, comes from the outsider who makes it his mission to find out what makes them tick.

James Guttman is the author of "World Wrestling Insanity "and the producer of WorldWrestlingInsanity.com and ClubWWI.com. He lives in Planview, New York.