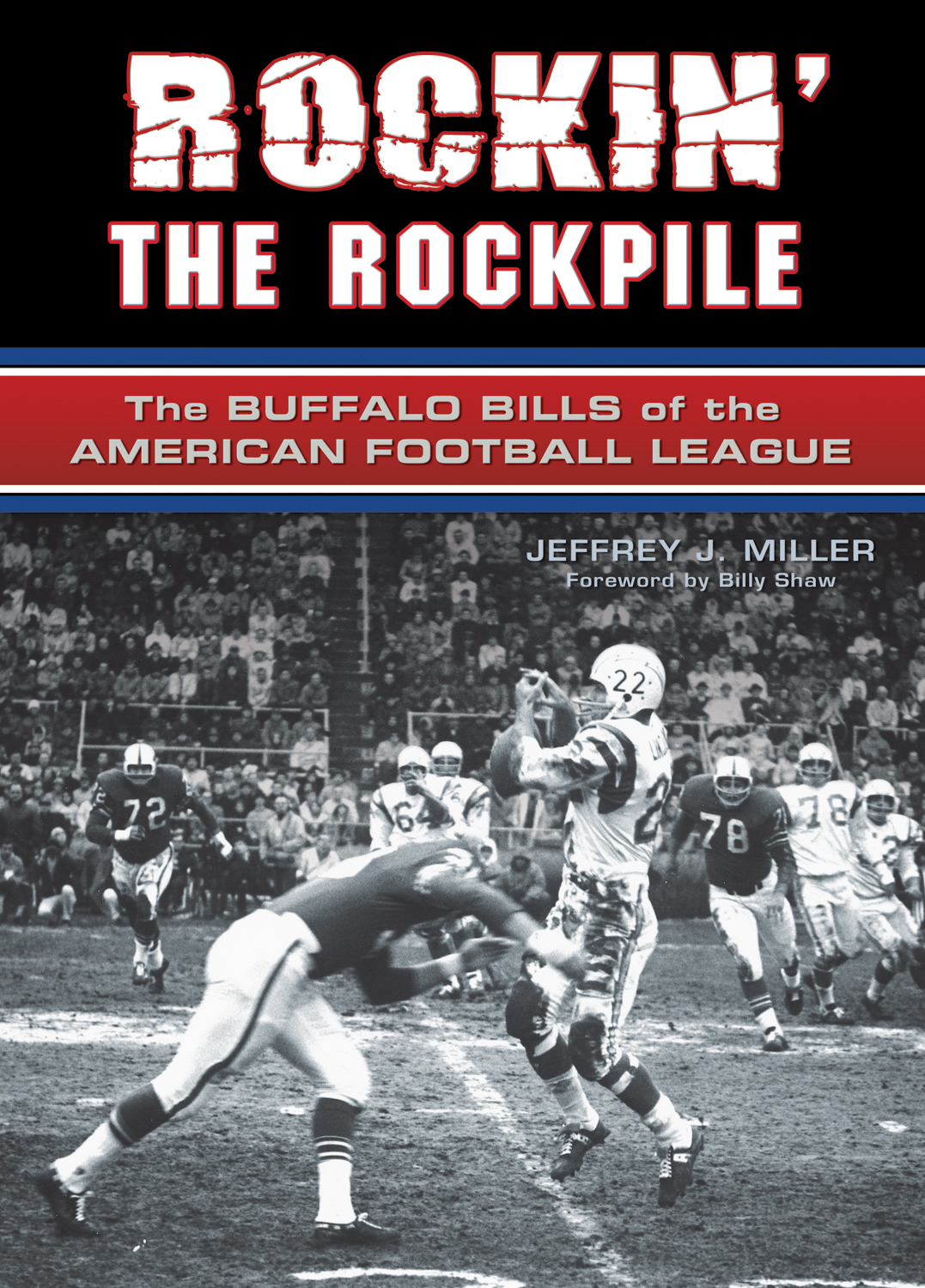 The Buffalo Bills of the American Football League

Rockin’ the Rockpile is a complete and comprehensive history of the Buffalo Bills AFL era ? from the first meetings of the ?Foolish Club” to the eventual merger with the senior NFL ? and it brings to life the stories of a bygone time that fans regard as Buffalo’s golden age of sport. Rockin’ the Rockpile resonates with the words of the men who lived it. More than 60 former players, coaches, and administrative staff ? including Ralph Wilson ? shared their thoughts and memories for this book. As this book was intended as a collective memoir of the Buffalo Bills’ AFL era, those interviews constitute the foundation upon which this book was written. It offers the average fan a glimpse into the locker room, film room, whirlpool, coach’s office, press box, as well as the huddle, to see and hear just what the players and coaches were thinking or saying during a significant game or play. The Buffalo Bills of the 1960s represent a special time in the collective conscience of Buffalonians, a time when their team was twice champion of the renegade American Football League, and when Jack Kemp, Billy Shaw, Cookie Gilchrist, Mike Stratton, Tom Sestak, Elbert Dubenion, Ron McDole, and O.J. Simpson, captured the imagination of an entire community. They were the antithesis of the high-scoring, pass-happy AFL. When high-powered offenses were the main attraction, the Bills competed, and won, with a ball-control offense and a stingy defense. For three consecutive years, Buffalo’s defensive unit was the best in the league, and was one of the best throughout the AFL’s history. Western New Yorkers loved this team and its successful approach ? the Buffalo Bills mirrored the community they represented.