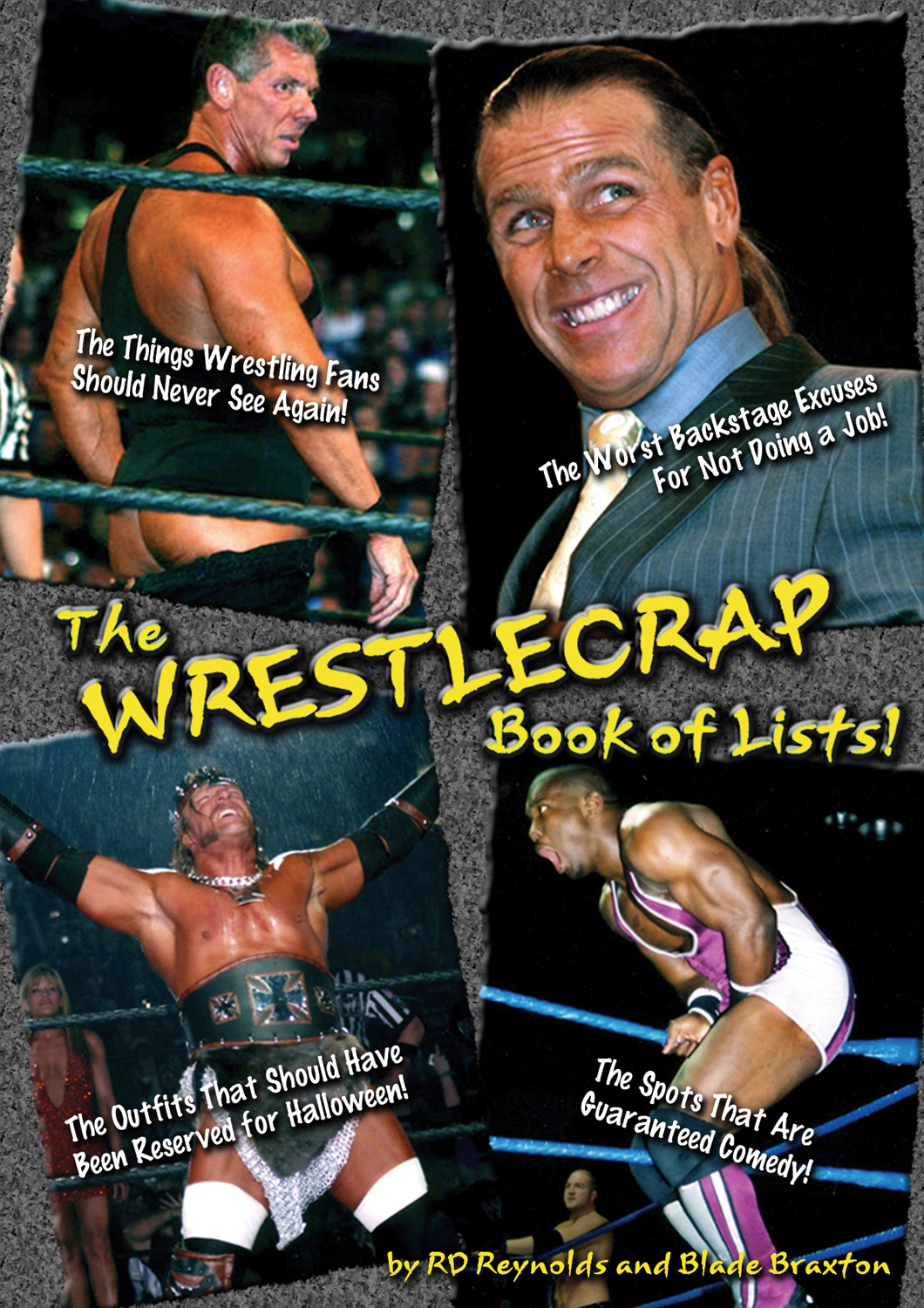 The Wrestlecrap Book of Lists!

Ever wanted to know the worst career choices pro wrestlers made upon retirement? Or which kung fu chop-socky wrestlers would make Bruce Lee do a backflip in his grave? The WrestleCrap Book of Lists! has all that ? and much more. The gloves are off as best-selling author RD Reynolds and his co-author Blade Braxton pull no punches in looking at some of wrestling’s biggest mistakes, most comical mishaps and most egotistical performers. Among the lists included in this cornucopia of wrestling nonsense are: ? Sights Wrestling Fans Should Never Be Forced To See Again! ? The Greatest Mullets in the History of the Game! ? Porn Stars Who Moonlighted in Wrestling! ? The Proof that DX is really, REALLY Gay! ? The Greatest Mugshots ? Featuring Your Favourite Wrestlers! ? The Pieces of Definitive Evidence that WCW May Have Been Run By Nazis! ? Pro Wrestling’s Stupidest Hometowns! ? The Things That Vince McMahon Always Wants to Talk About (Half of Which Involve His Genitalia)! Of course, we’d be remiss if we didn’t mention the book’s craptastic main event: the 25 Worst Gimmicks of All Time. Irreverent, off-kilter, and certain to be offensive to all, The WrestleCrap Book of Lists! is pro wrestling’s very worst of the worst!

RD Reynoldsis the creator of WrestleCrap.com and the author of "WrestleCrap: The Very Worst of Wrestling" and "WrestleCrap and Figure Four Weekly Present: The Death of WCW. "He lives in Indianapolis, Indiana. Blade Braxton is the co-host of WrestleCrap Radio and has been a writer for WrestleCrap.com since 2003. A former independent pro wrestling performer, he plans on using his royalty check to hire the Black Scorpion to perform magic tricks at his next birthday party. He lives in Topeka, Kansas.