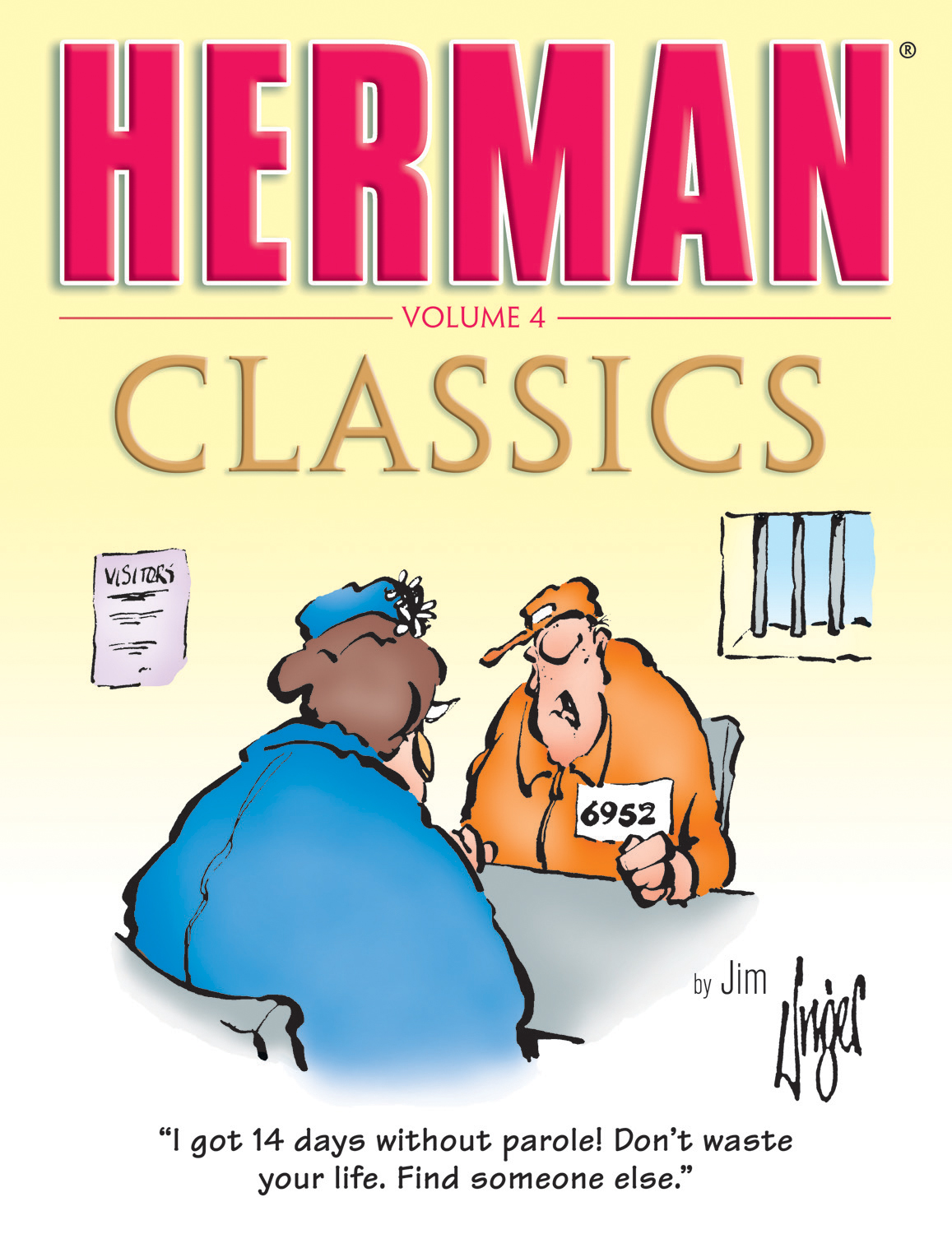 ?Syndicated in more than 800 newspapers in North America, Herman is one of the funniest comics of the past two decades. With an economy of line and a wry, nonchalant humour, this popular strip reveals a hilarious cast of bandaged hospital staff, hapless criminals, zealous sales clerks, and frustrated cavemen.This full-colour collector’s edition contains more than 400 specially coloured panels of Herman favourites, with comments and insights from the award-winning cartoonist, covering such topics as golf, marriage, jail, and war.

Jim Unger was born in London, England. After surviving the blitz bombings of World War II, a career as a London Bobby and a driving instructor, he immigrated to Canada with his family, and became a newspaper graphic artist and editorial cartoonist. He has twice been honoured with the award for the Best Syndicated Panel by the National Cartoonists Society.