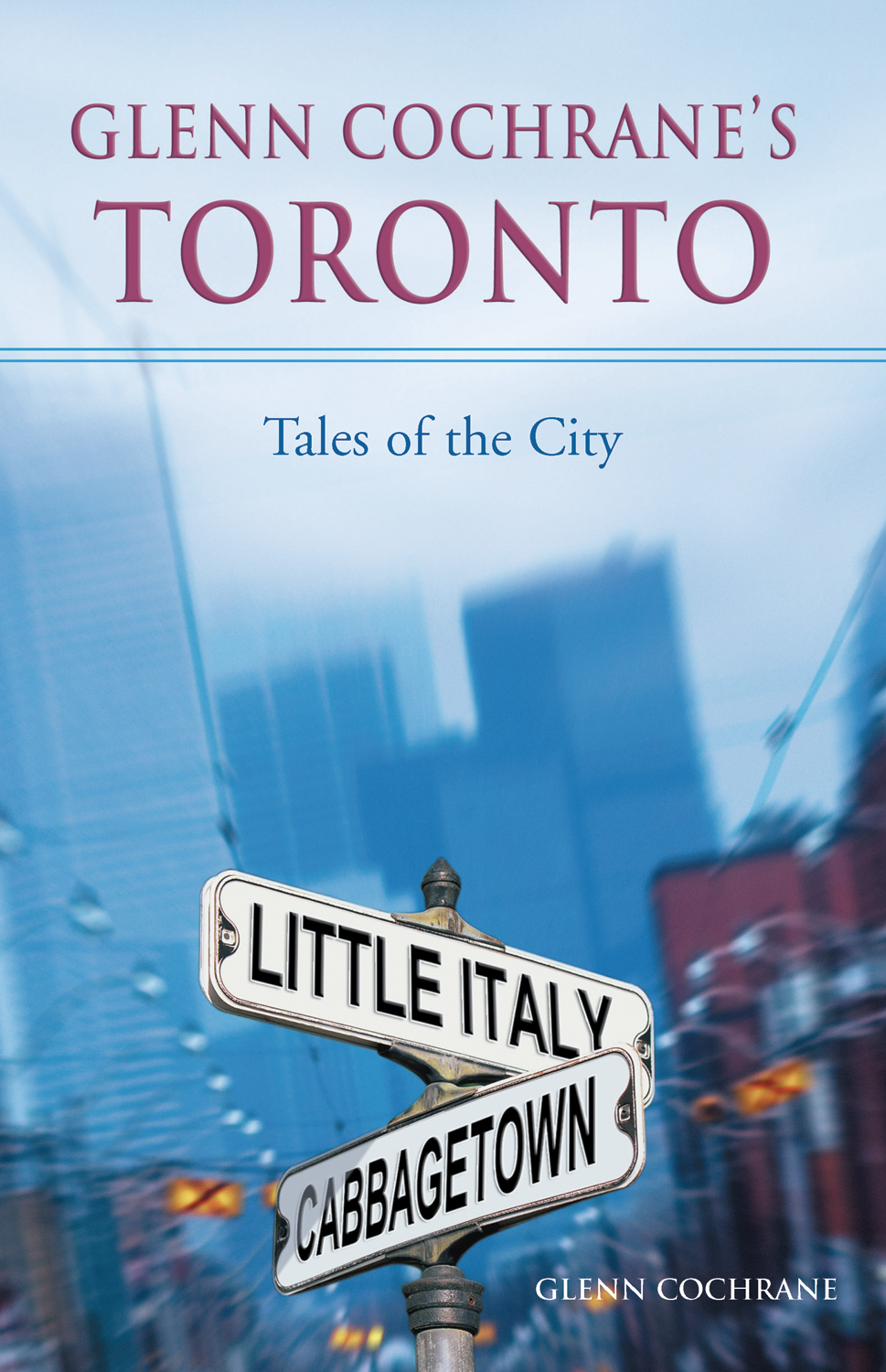 Tales of the City

?For a quarter century, Glenn Cochrane, of CFTO’s six o’clock news, left viewers with a smile by scouring the city for the genuine eccentrics and landmark fests that put Hogtown on the map. From Dave Garrick’s free dry cleaning policy for rainy Canadian National Exhibitions to CPR on an orangutan at Tommy Thompson’s zoo, and from neighbourhood thug Baldy Chard’s grip on Cabbagetown to Sammy Taft’s “milliner to the stars” on Spadina, Cochrane walks the old beat, telling tales and unearthing a history you won’t find in tourist guides or municipal archives. His roaming recollections include anecdotal “streeters” with the famous and infamous: Eartha Kitt, Sammy Davis Jr., Rich Little, George Burns, Phyllis Diller, Mickey Rooney, Carol Channing, and Paul Hogan – and with the moms and pops of all the best shops. When Mike Myers accepted his place on Canada’s Walk of Fame, he gave a nod to the retired newscaster by sporting “a Cochrane” signature mop top and impersonating Glenn’s comedic catch phrase. Peter Ustinov said “Toronto is New York run by the Swiss,” but Cochrane shows you a city with chutzpah and flair uniquely its own.

Glenn Cochrane reported for CFTO’s daily Worldbeat and Nightbeat news from 1968 to 1993, covering local interest stories that captivated a city and its neighbourhoods. He was named Beaches Citizen of the Year in 2002.