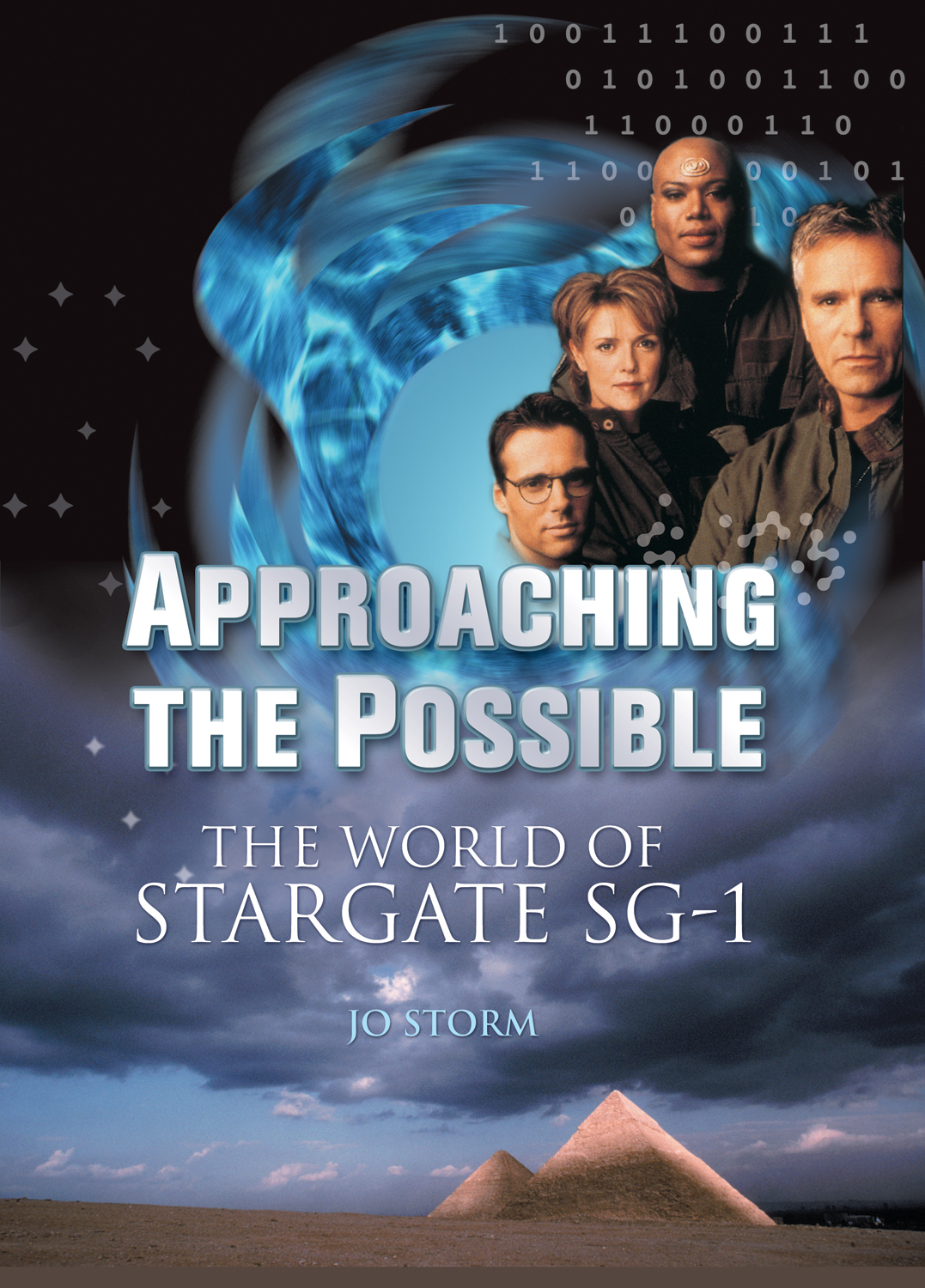 The World of Stargate SG-1

Decode SG-1. Stargate SG-1 was a television hit for ten years (an almost unheard-of run in science-fiction television), with ten seasons, and boasts a devoted and vocal online community. Based on the feature length movie, the series SG-1 is the longest-running North American science fiction television series. It follows the flagship team, designated SG-1, of a secret military base. Transported instantly by a Stargate to distant planets, Colonel Jack O’Neill (MacGyver star Richard Dean Anderson) and his team race to save the galaxy from ruthless enslaving aliens, the Goa’uld. What is it about this show that has made it so popular? What makes it different from other science fiction series on television today? Approaching the Possible: The World of Stargate SG-1 answers these questions and more. It serves as a comprehensive introduction for those who are just starting to watch SG-1 with an episode guide to the series, examining SG-1 season by season. For the long-time viewer, author Jo Storm explores multi-season storylines and character developments. Interesting facts for each episode and numerous sidebars uncover the mythology and science not only of the stories, but of the writing, directing, and special effects used to tell the stories. Exclusive interviews with cast members such as Teryl Rothery, Alex Zahara, and Christopher Judge, and writer Joseph Mallozzi and special effects supervisor James Tichenor, engage the Stargate universe from multiple angles. Including chapters devoted to the franchise as well as the ‘fanchise’ element of the MGM original series, the book showcases the passion this show inspires in its viewers—from real-life scientists to fan fiction writers. Approaching the Possible offers insight into the multiple reasons for the show’s popularity while tackling everything from the mythology of Ancient Egypt to the series’ evolution as a CGI wunderkind. With no other episode guide on the market that covers every season of the series, this book is a must-have addition to any fan’s library.

Jo Storm lives in Toronto, Ontario. She is the author of an article in the forthcoming critical anthology on Stargate: SG-1, Reading Stargate, published by IB Tauris.