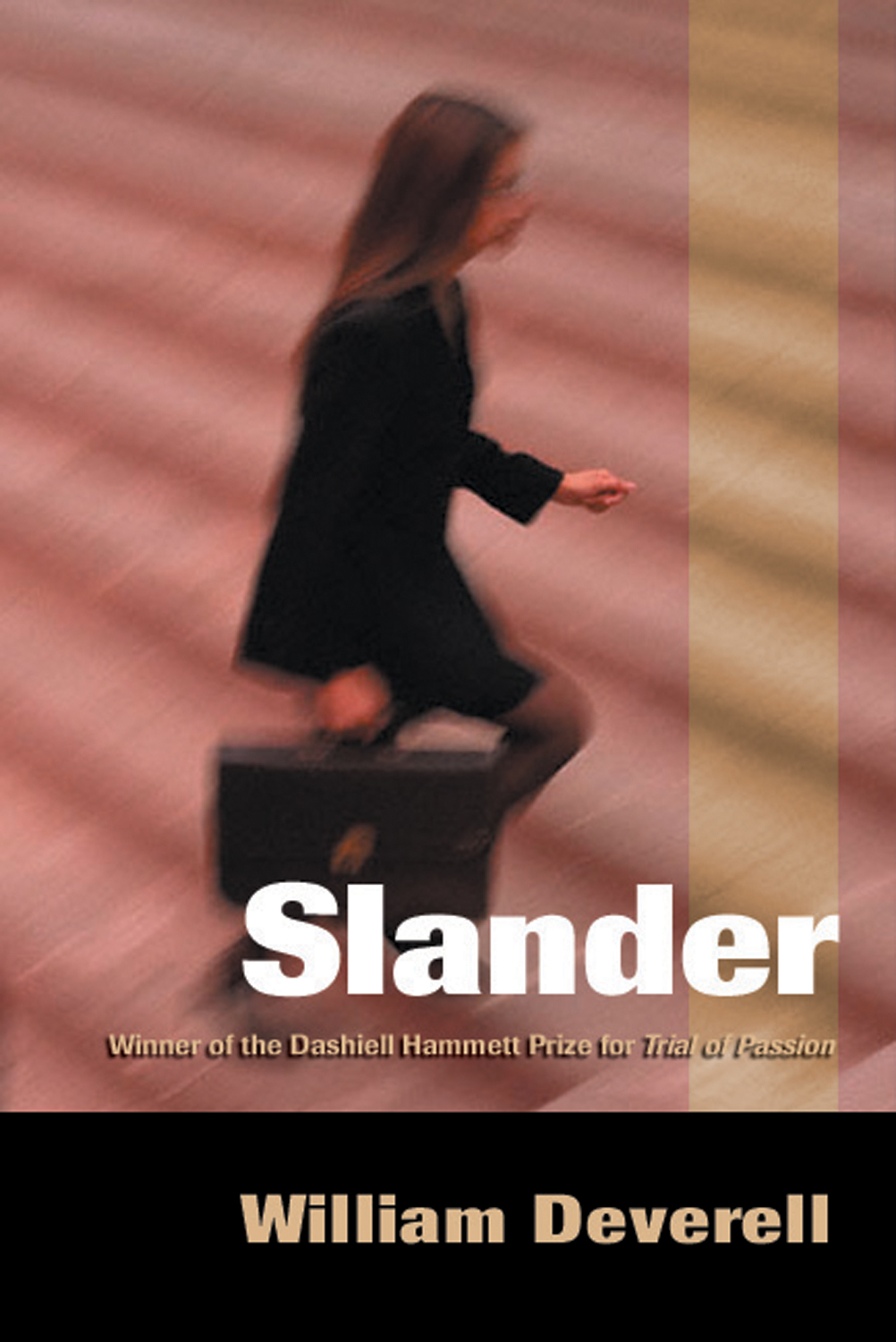 Slander is set in rainy, foggy Seattle. The narrator, Liz Finnegan, is a brash, bright, petite women’s rights lawyer. She’s 26, and a defender of abortion clinics (they’re being bombed by “Christian” rednecks), abused women, and related liberal causes. Her nemesis is a handsome, long-haired judge (Vandergraaf) whom she publicly savages, at a press scrum, for giving a slap-on-the-wrist sentence to a white-collar rapist. Along comes a new client, a middle-class woman who has gone back to university as a mature student. When last in college, she was raped by Judge Vandergraaf (she says), then a law student, but was dissuaded by her religiously conservative parents from reporting it. Blocked in her every effort to open up this old case, Liz finally holds an impromptu press conference, laying out the accusations, and daring the judge to sue for slander. It’s the only way she can get the matter before the courts. Vandergraaf takes up the challenge, and sues for $10 million.This is a very well-written legal thriller, more Scott Turow than John Grisham. In addition to delving into women’s issues, the book offers insight into the law of slander. How do courts deal with submerged memories? Are judges beyond the law? Do women receive equal treatment in courts?

William Deverell is the author of Needles and Trial of Passion, and has sold over one million copies of his legal thrillers.