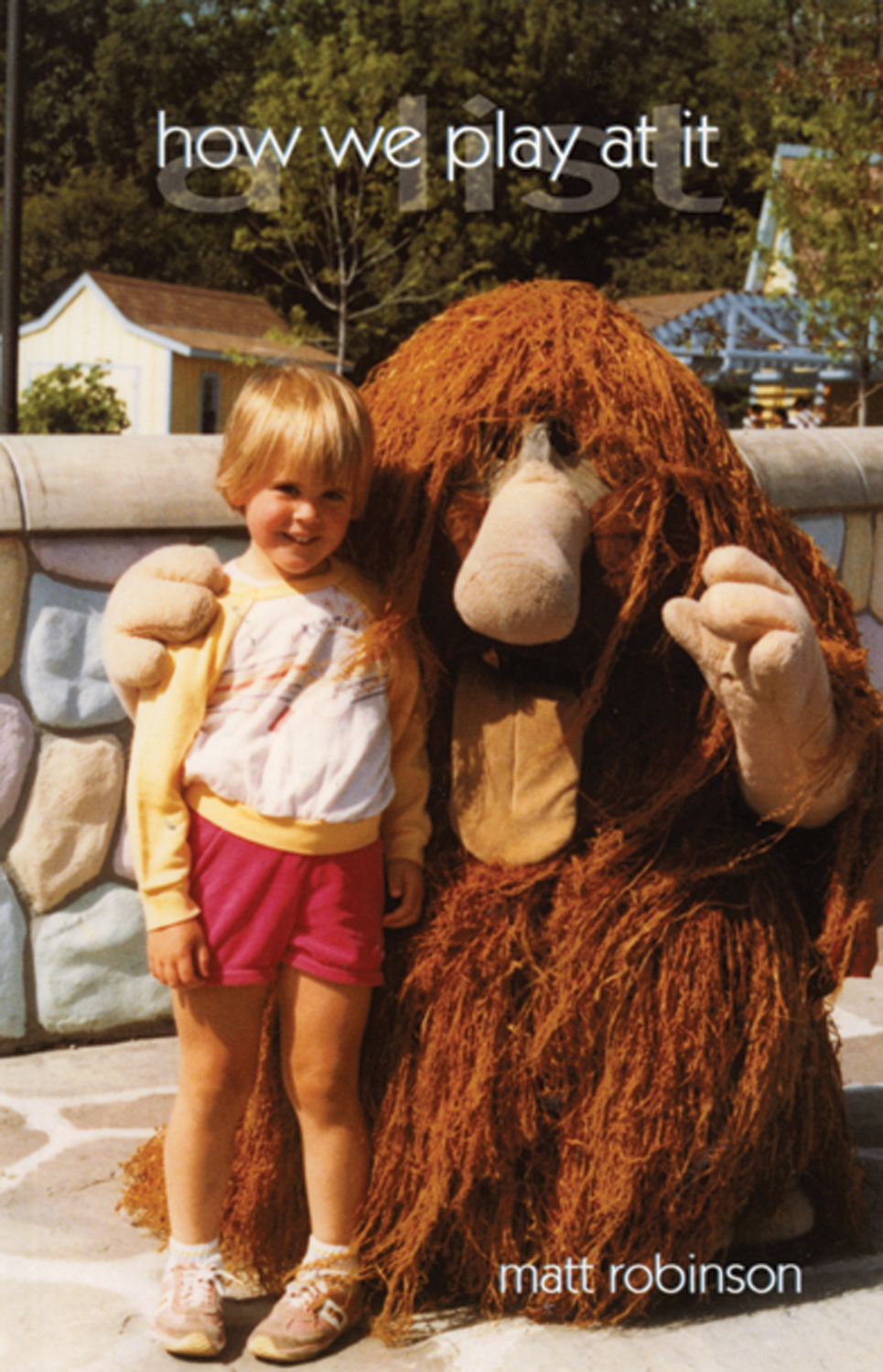 how we play at it

“at first: the suspension of / disbelief. then, comparison — the compulsion // to equate it”: Adam and Eve, hockey sticks and baseball games, the hairbrushes the dead leave behind, photographs and stains on the carpet, love in filthy apartments, someone’s cat hit by a car. Matt Robinson’s second collection of poetry catalogues the bits and pieces, the art and artefacts, the acts and atrocities that make up the living of lives. In poems whose images and metaphors weave into and around each other, how we play at it: a list articulates and exposes — at times even interrogates — how it is we “play” about our days. Grief; the epic stories and everyday myths we create and tell; the interaction of fathers and sons; the games we season our time with, the battles we wage; how, who, and what we love: all these appear as “a million dark spots — all // those shadows — strobe-dancing, cutting across” the page. These are poems engaged with the personal, colloquial, and the more lyrically metaphoric aspects of language. Through a highly controlled use of the couplet and single line, employing a diction and syntax at times flowing and at others jagged, they seek to reflect some of the intra- and inter-personal dynamics that are — that might be or at least help move towards an understanding of — ‘it’; it is a swirling, explosive mixture of “an idea, some conjecture or / philosophy” and the “orchestrations of your arms. the guttural music: song.”

Matt Robinson, a native of Halifax, N.S. now living in Fredericton, N.B., is a PhD student at U.N.B. His first collection of poetry, A Ruckus of Awkward Stacking (Insomniac, 2000), was short-listed for both the 2001 Gerald Lampert Memorial and ReLit Poetry Awards. His poetry, fiction, and reviews have appeared on radio and television, in anthologies, and in numerous Canadian, American, British, and Australian journals and magazines. Robinson is on the editorial board of both The Fiddlehead and Kaleidoscope, as well as serving as the nb/pei Regional Representative for The League of Canadian Poets.