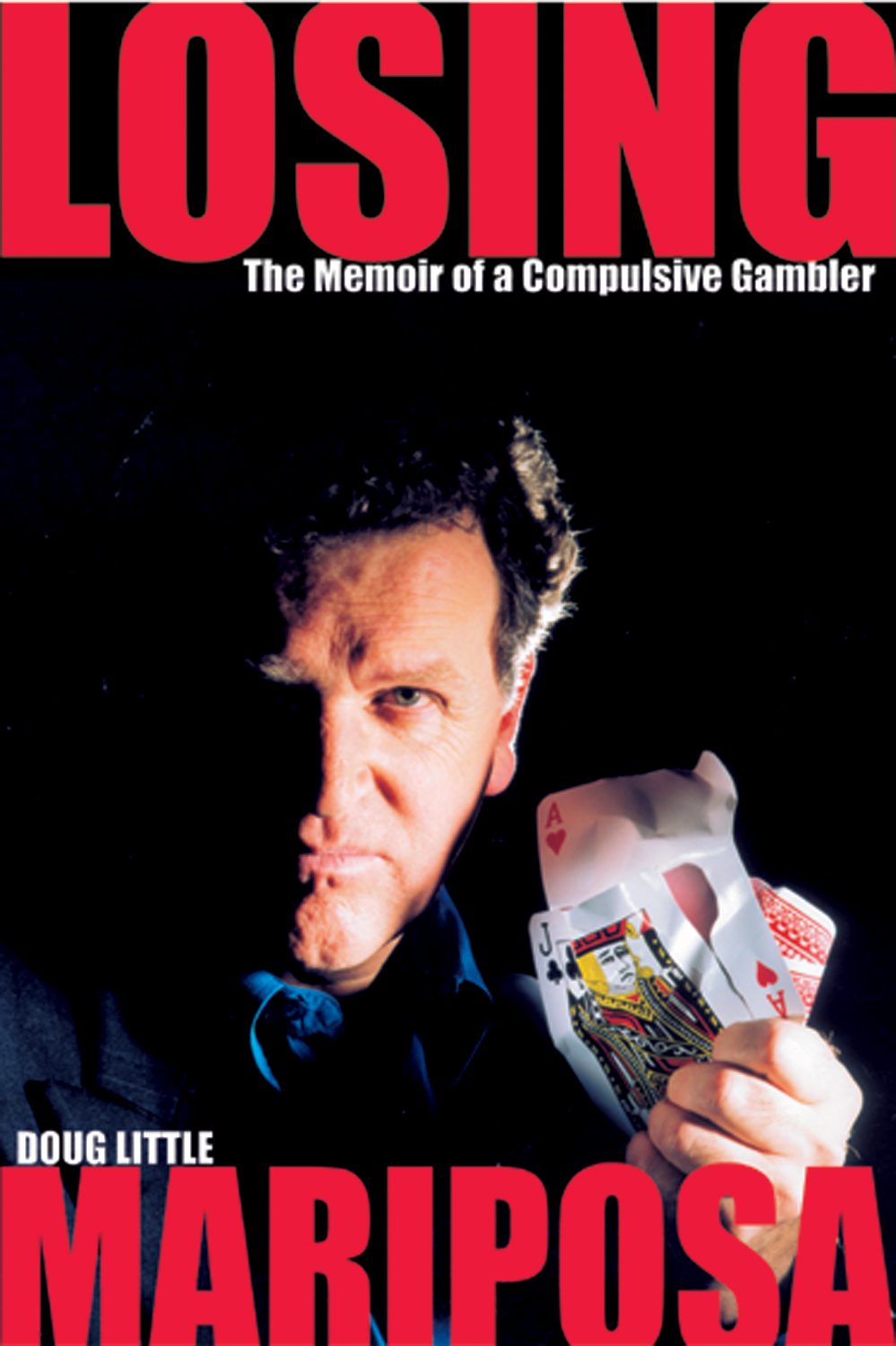 The Memoir of a Compulsive Gambler

The riveting story of one man’s descent into hell. Losing Mariposa is the harrowing memoir of Doug Little’s two-year binge as a compulsive gambler — a fall from grace that made national front-page headlines, destroyed his life, and brought him to the very gates of prison, insanity, and death. As a community leader, Little bet on a world-class casino as the economic salvation of his town while he himself was hopelessly addicted, gambling feverishly to win back the thousands of dollars he had “borrowed” from the eight bank accounts he controlled. Little spins his whirlwind tale from his desperate midnight visits to Casino Rama, vividly recounting the heart-pounding, adrenalin-pumping allure of the roulette wheel, the flip-snap of a card at the blackjack tables, and the ding-ding-ding of the reels, bells, and whistles of the slot machines. He then confesses the despair of the parking lot and the life-threatening rides home, broke again, another $10,000 of other people’s money gone. Losing Mariposa is a cautionary tale of obsession and escape, a compelling story told with brutal honesty but not without irony. Told in the first person from the last time Little gambled — October 22, 1996 — it recounts that terrible day, hour by hour, both in terms of what was happening and what he was thinking and feeling. His story provides a rare first-hand chronicle of the devastation wrought by the addiction to gamble, a social problem growing throughout North America to epidemic proportions. It is a book that needed to be written, and a book that needs to be read.

Doug Little was a very respected citizen in the small Ontario town of Orillia, and had the responsibility for organizing its charity casinos. But as his gambling habit took over his life, Doug began to fake the bank deposits, and use the profits from the charity casino to bankroll his own gambling losses. A former journalist, and reformed alcoholic, Doug now works at the Tulip Festival in Ottawa.