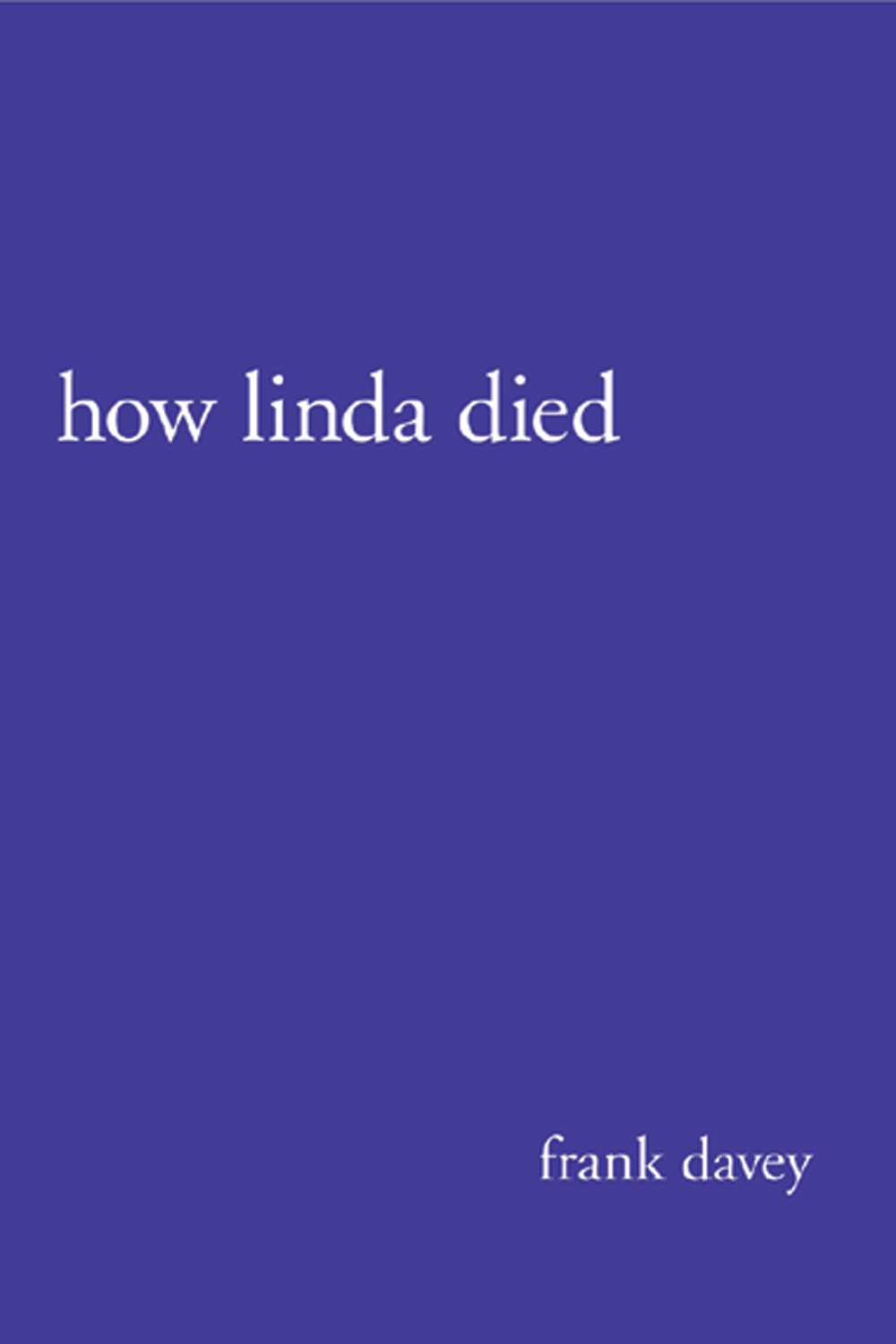 A husband’s unflinching account of his wife’s unravelling. How Linda Died is Frank Davey’s powerful and painfully precise account of his wife’s fight against an inoperable brain tumor. Linda’s proud refusal to tell anyone about her deteriorating condition left Frank with few people to confide in. As Linda’s mind fell victim to cancer, Frank took to recording his memories with increasingly compulsive and private intensity. He found himself reckoning with the demons of a past that Linda could no longer share and mourning the loss of a present she could no longer enjoy. At the same time, he found himself reflecting on the habits, rituals, and diversions that punctuated his life. How could he reconcile his passion for showing prize-winning Great Danes with Linda’s debilitating illness? How could he talk about the great wines he loved or the fabulous coq au vin they had shared right after he talked about the clinical details of her approaching death or her bizarre behaviour? What makes this book so special ? and in many ways so brilliantly odd ? is the life-defining contrasts it records, often in a single breath. At once a shattering portrayal of a devastating disease and an obsessive record of one man’s selfinterrogation amidst a welter of conflicting emotions, How Linda Died is a gripping memoir, beautiful in its morbidity and searing in its relentless refusal to sidestep the truth.

Frank Davey is a professor of literature at University of Western Ontario. He is author of "Reading Kim Right, Karla's Web," and numerous books of literary criticism. Davey is also founder of the literary magazine "Open Letter." He lives in London, Ontari