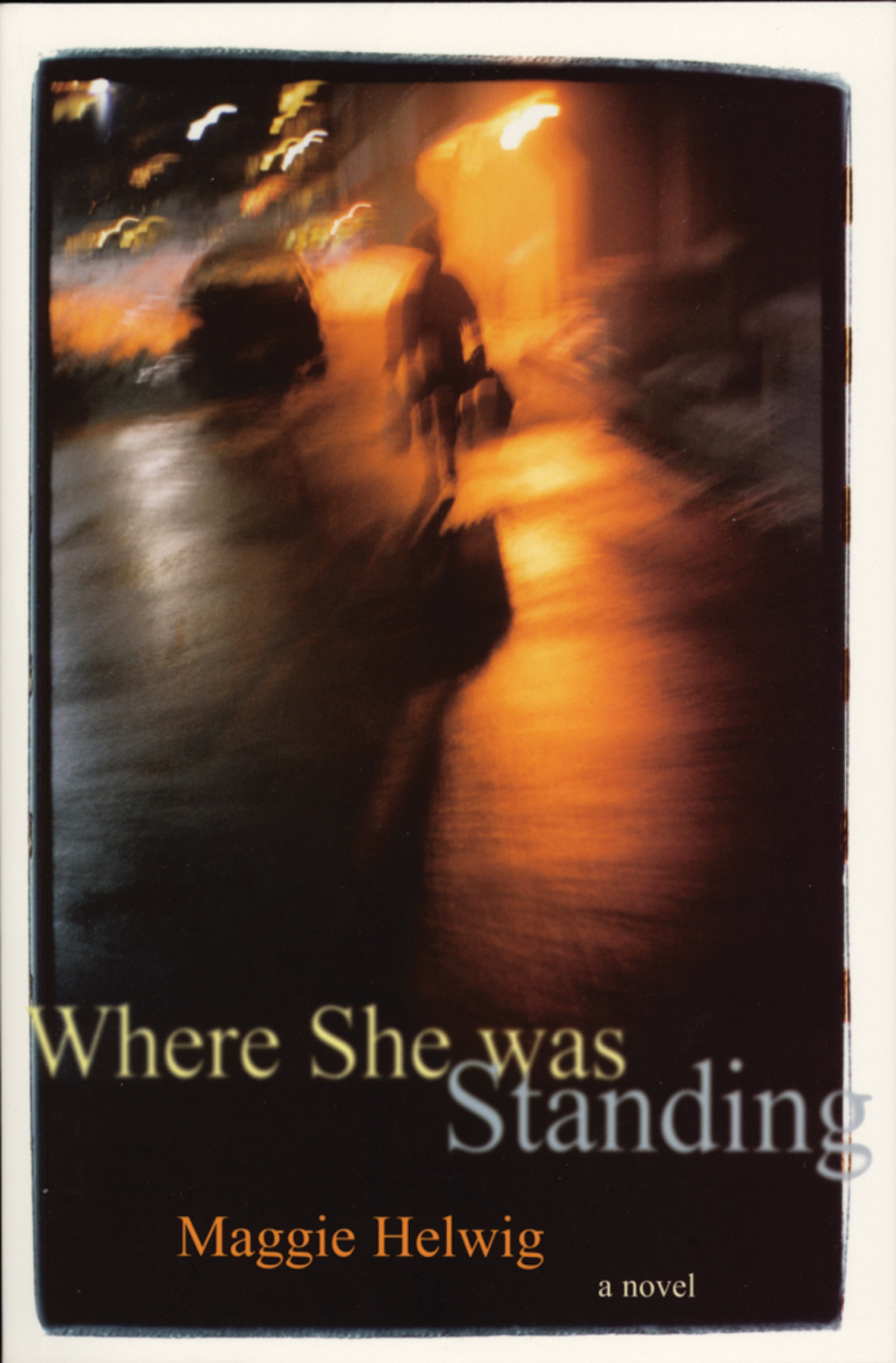 Where She Was Standing

A gripping political thriller that mixes suspense and moral seriousness in ways reminiscent of both Michael Ondaatje and Graham Greene, Where She Was Standing is a moving and exquisitely crafted debut novel from one of Canada’s finest poets. With an international scope of compassion and escalating tension, Maggie Helwig uses the voices and stories of a strong and varied cast of characters to shape a world in which it’s far too “easy to lose people.” A book about disappearance and surveillance, Where She Was Standing contrasts involuntary and overtly political tragedies with the dirty little secrets of our big cities, the deliberate invisibility of society’s dangerous fringe and the emotional unavailability of scarred and scared individuals. The murder of Lisa James, a young black Canadian photographer, in Indonesian-occupied East Timor, unifies everyone; the presence of her absence, her life, memory, and principles guide both her mother and boyfriend, as well as a journalist, a doctor, and a human rights activist she has never met, through fragile and subterranean explorations of the heart and soul. Their quest is simple, their quest is impossible: their quest is the truth. With both its poetry and its treacherous political landscape, Where She Was Standing is as suspenseful as it is breath-taking. This rare combination has led Helwig to produce something rarer still: an utterly essential page-turner.

Maggie Helwig was born in Liverpool, England, and raised in Kingston, Ontario. She has published five previous books of poetry. She has also published one book of essays, Apocalypse Jazz, and a collection of short fiction, Gravity Lets You Down. Since 1998 she has been one of the coordinators of the Toronto Small Press Fair. Maggie has worked for human rights groups in Toronto and in London, England. She currently lives in Toronto.