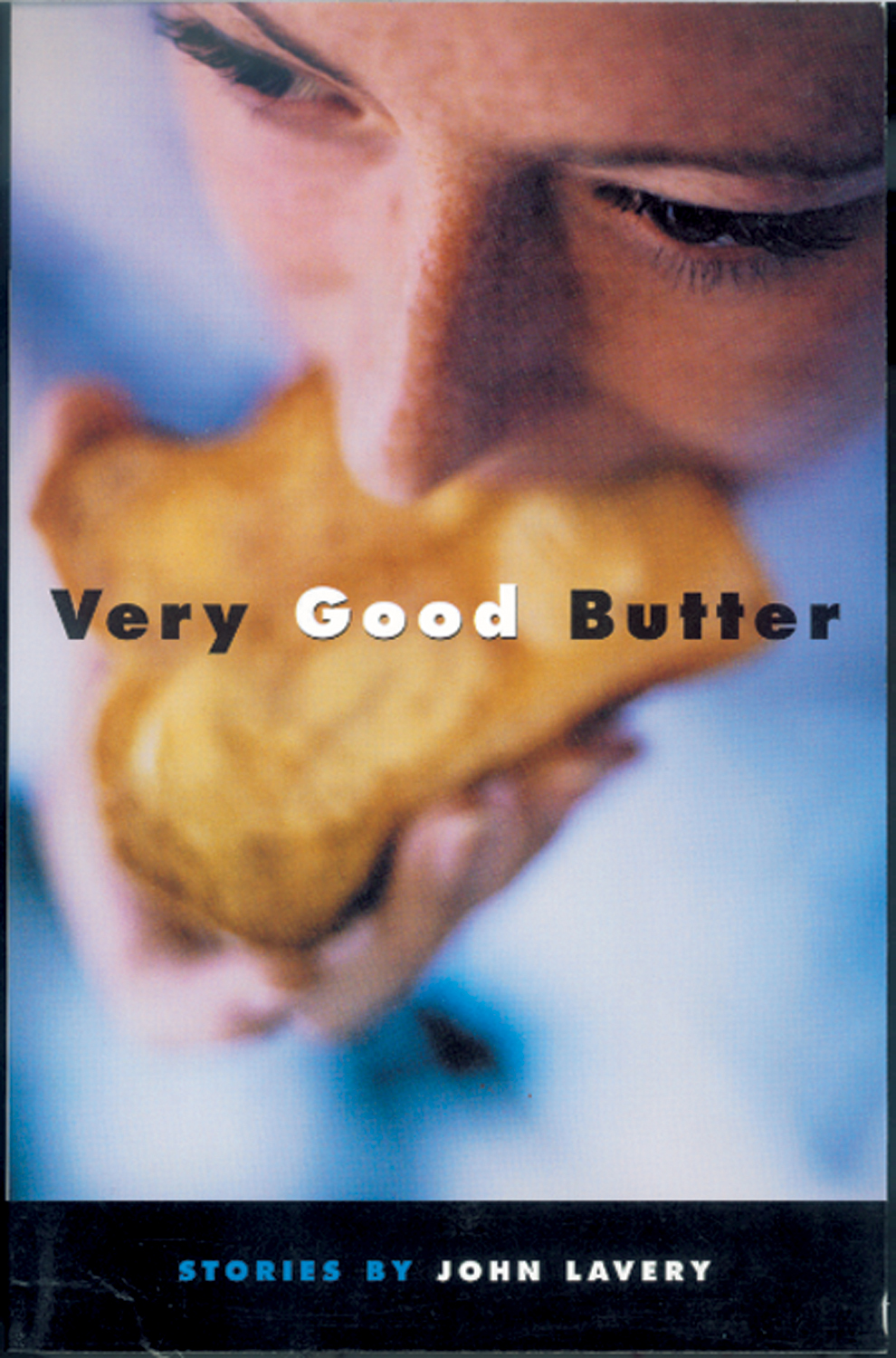 Dark, bizarre: new stories, new beginnings. In Very Good Butter, John Lavery’s debut story collection, characters are like electrons. As they spin they attempt to overcome their potential differences, they move in and out of each other’s orbits, emitting, as they do, a few photons of light. Their efforts, however, are constantly altered, and even undermined, by the unpredictable influence of the outside world’s chemical activity. Touching, terrifying, and funny, Lavery’s stories are about people trying to understand their place in the world. Like those who believe we dream backwards, that the mind reconstructs a dream from the moment of waking, the stories in Very Good Butter lead toward possible beginnings. They are attempts, in the deepest sense, to keep the reader reading, dreaming wakefully ? attempts to construct a destiny that is appropriate to the essential mystery behind the first encounter of the principals. For Lavery, it doesn’t matter whether stories span minutes or years: everything is enclosed within a first, germinal instant.

JOHN LAVERY grew up in Montreal and has also lived in Fredericton, Besançon, France, and Saint-Constant, Québec. He has studied English at McGill and at the University of New Brunswick, and linguistics at the Centre de la linguistique appliquée de Besançon. He has been, among other things, a cartographer, survey technician, draftsman, ship’s apprentice and Third Officer, as well as a founding member of the Orchestre de la société de guitare de Montréal. Currently he lives, and writes, in Gatineau, Québec, with his wife, a library administrator, and their three young children.