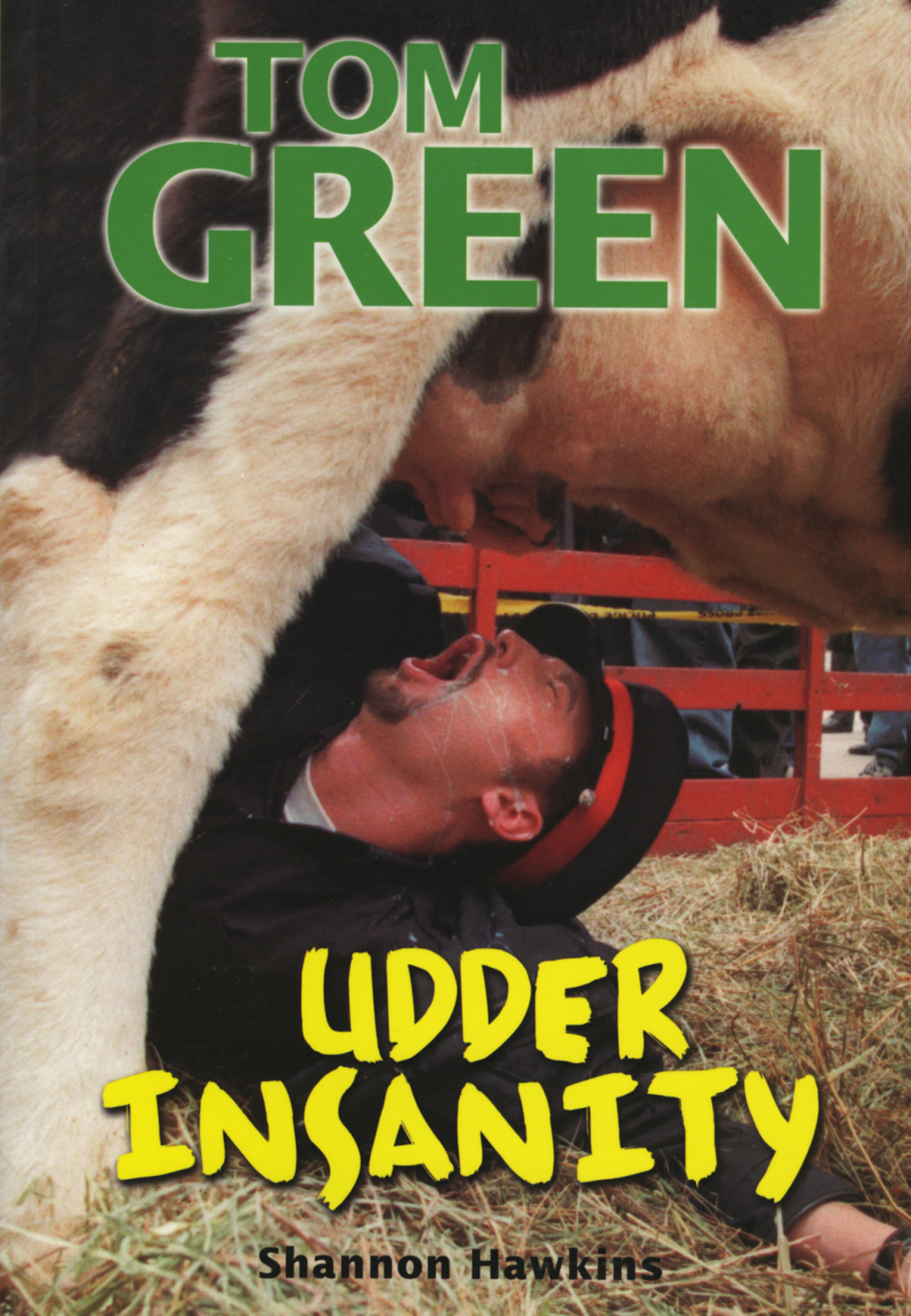 “Tom Green is the son I would have chopped off my penis to avoid having.” — Mike Bullard, host of Open Mike. Udder Insanity tells the story of Tom Green’s life from his early beginnings as the host of the late-night Ottawa radio show Midnight Caller, through his transformation into a Juno-nominated rap artist, to The Tom Green Show‘s great success on the Canadian Comedy Network, and to his antics in the early 2000s as MTV’s renegade prankster, who sets out to taunt and tease a generation of South Park-loving television viewers. Described as the “Master of Mayhem,” Tom Green has built an entire career on the vile and the vulgar: munching on a handful of gooey Vaseline-coated human hair, turning his parents’ car into the infamous “Slut Mobile” (featuring an airbrushed portrait of an explicit lesbian love scene on the hood), dragging a rotten raccoon corpse on to Open Mike, and getting up-close-and-personal with his bovine friends . . . Tom milks it all wholeheartedly! As Udder Insanity reveals, it seems nothing or no one is above being sucked into the underbelly of Tom’s demented and hilarious world.

Shannon Hawkins has worked as a television critic and entertainment writer at the Ottawa Sun. She has been writing about Tom Green since his early days in Ottawa, following his career from a local cable show, to MTV.