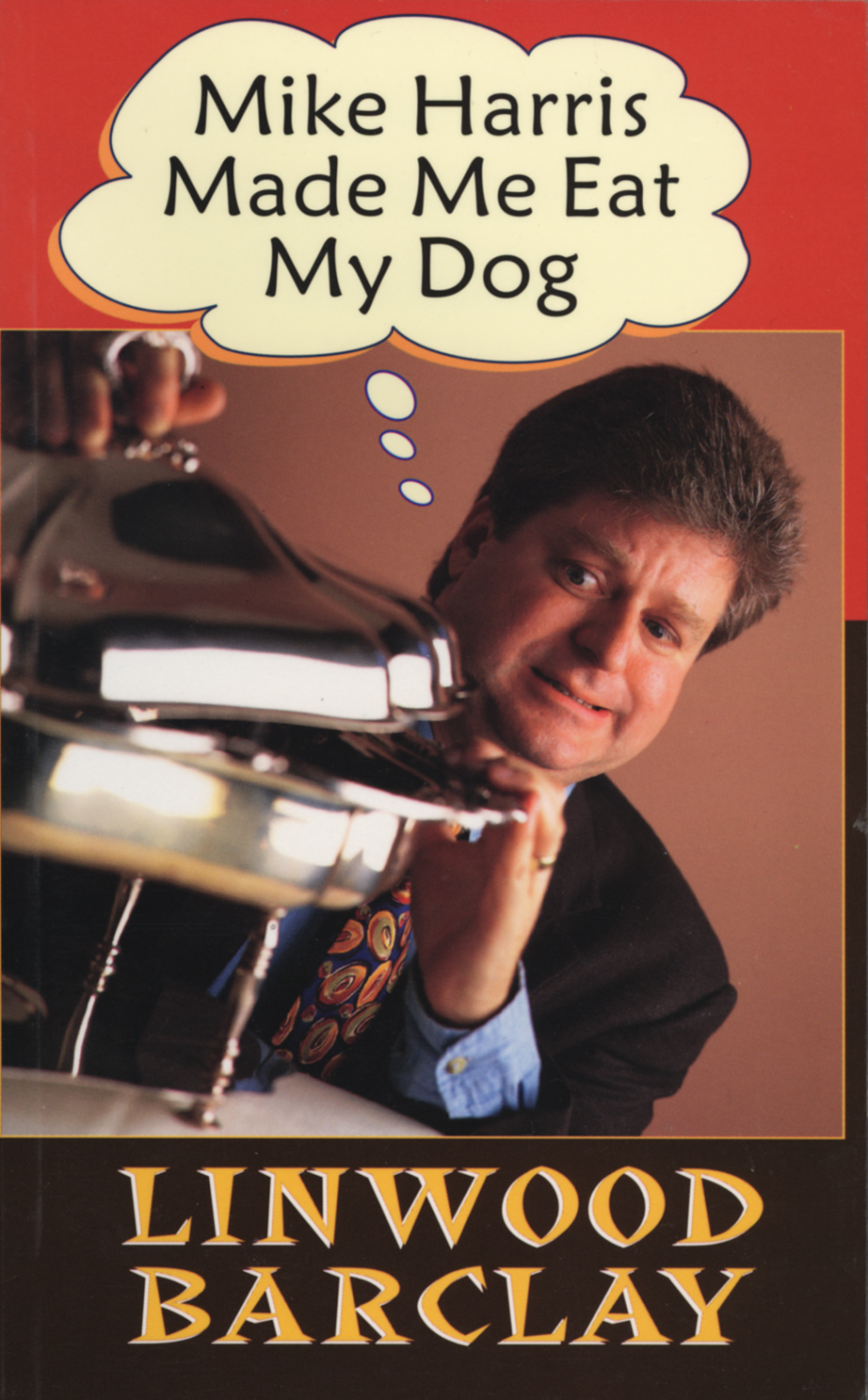 Mike Harris Made Me Eat My Dog

Where are we, three years into Ontario's Common Sense Revolution? Hospitals and schools are closing by the hundreds; thousands of nurses and teachers and other workers are jobless; schools are in chaos; pregnant welfare mothers have lost their nutrition allowance because the Premier thinks they'll spend it on beer; Toronto the megacity is collapsing under the weight of its own amalgamated administration; the Premier's last cultural experience was Mr. Silly; the rich are getting larger tax cuts while the province won't spring to bury the homeless; welfare recipients deserve to be fingerprinted, but motorists running red lights shouldn't have their pictures taken because it would violate their privacy. What can you do but laugh? That's the approach taken by Linwood Barclay, who's been skewering the current occupiers of Queen's Park in his Toronto Star column since they took office. His new book Mike Harris Made Me Eat My Dog comes just in time; it's an informed and viciously satirical look at the Ontario Tories, who've polarized public opinion unlike any other government in the province's history. Chapters include a look at the so-called Whiz Kids advising the Premier: There's Tiffany, age 6, whose political credo is Mine! Mine!'' Find out what happens at a meeting of the Tory cabinet's book club. Learn how the homeless can help you get a big-screen tv, and discover 10 fun things to do, in your final moments, while waiting in the emergency room. This book will become increasingly relevant, and a much needed stress-reliever, as Ontario approaches its next election.

Linwood Barclay is one of the "Toronto Star"'s best-read columnists, a public speaker, and the author of "Father Knows Zilch: A Guide for Dumbfounded Dads" and "This House Is Nuts!"