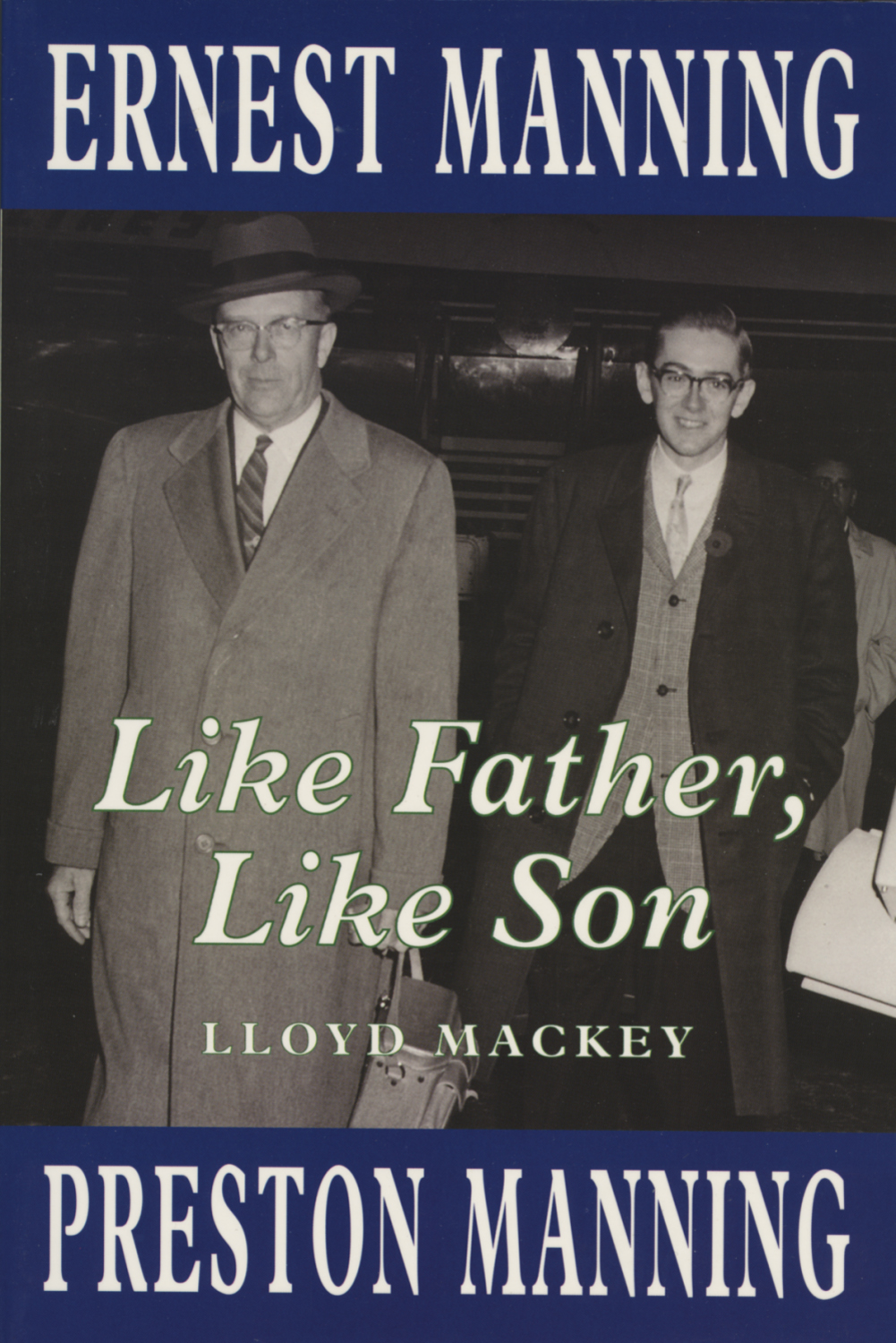 Ernest C. Manning, premier of Alberta for twenty-five years, died on February 19, 1996, at age 87. Some say, though, that his spirit lives on, not only in the hereafter in which he so strongly believed, but in his son, Preston Manning, the new kid on the federal political block. In Like Father, Like Son, Lloyd Mackey traces the footsteps of these two Canadian political figures, focusing on their similarities and differences. Both Ernest and Preston Manning were shaped by -- and shaped -- Alberta's "Bible belts." Mackey, aware that one out of every eight Canadians is directly connected with Christian evangelicalism and another six draw some spiritual sustenance from its sway, provides a vivid word picture of the movement. The book begins with the story of how William (Bible Bill) Aberthart found in Ernest Manning the son he never had. Thinking that, under Aberhart's monitoring, he would become a fundamentalist minister, Manning found himself, at age twenty-five, an Alberta cabinet minister. When Aberhart died eight years later, Manning began twenty-five years as the Alberta premier -- and the widely known preacher of the National Bible Hour. As a lad, Preston Manning gets to meet with and learn from many of his father's political and religious colleagues. At the University of Alberta, he switches from physics to political economics; and his Christianity grows from an inherited faith to one he can call his own. After University, Preston Manning and his father increasingly influence each other. They work together on a variety of projects in the fields of business, religion, and politics and community development. Now in his fifties, Preston Manning may be about to succeed at what his father never tried. But there are many a slip between cup and lip, and Like Father, Like Son tries to identify some of them.

LLOYD MACKEY is a western-based journalist who has covered politics, religion, and business in Canada for thirty years as a reporter, editor, columnist, and publisher. An evangelical Christian himself, he has watched the Manning family from the age of twelve, when he send $1.23 of his newspaper route earnings to Ernest Manning.