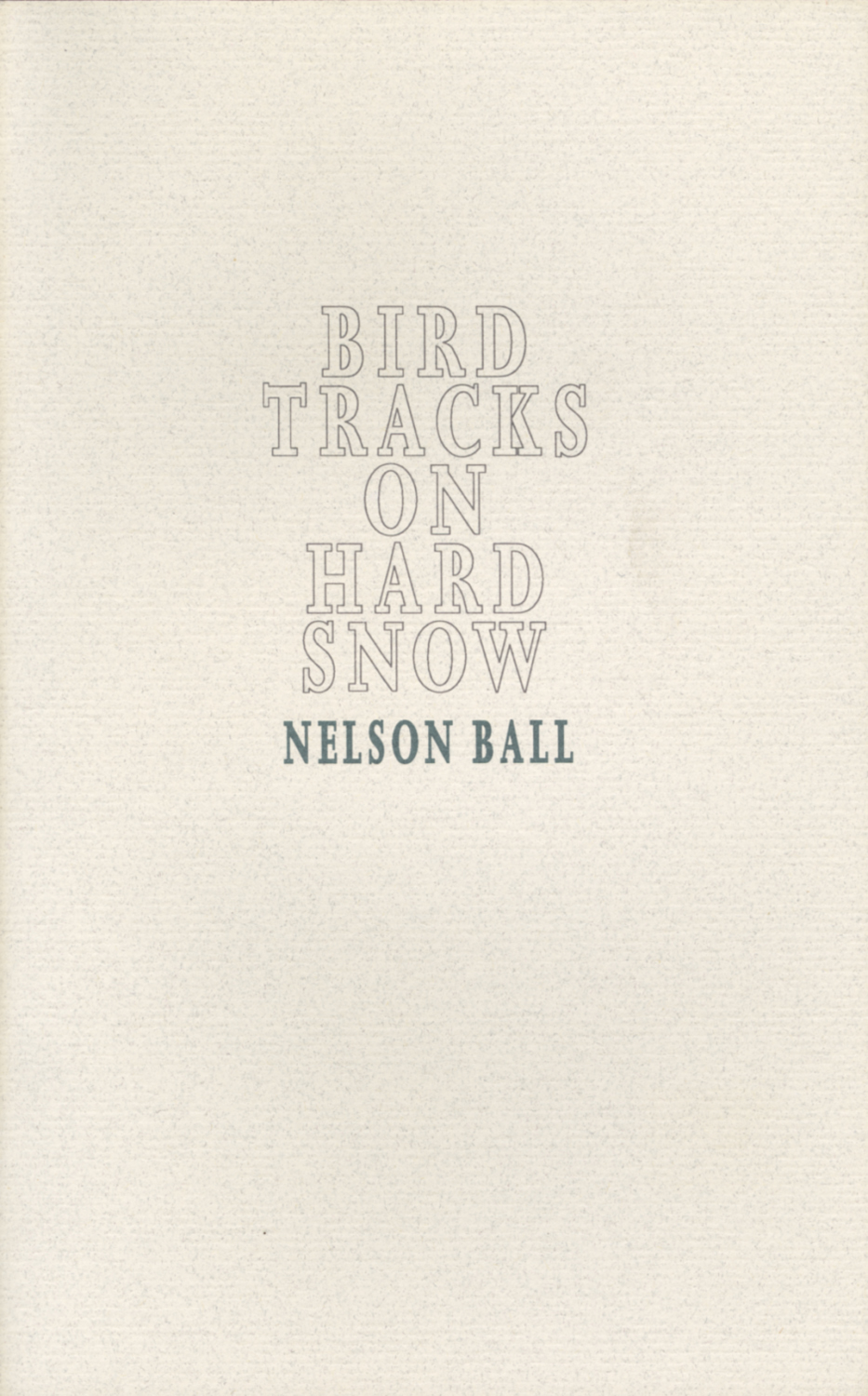 Bird Tracks on Hard Snow is Nelson Ball's first collection of new work in many years. The poems focus primarily on visual perception and taken as a whole form a kind of seasonal diary. Like Ball's earlier poetry they are characterized by a remarkable economy of language. The poems in the book were written between 1987 and 1993.

Nelson Ball works as an antiquarian bookseller specializing in Canadian literature in Paris, Ontario. He published extensively as a poet in the 1960s and 1970s.