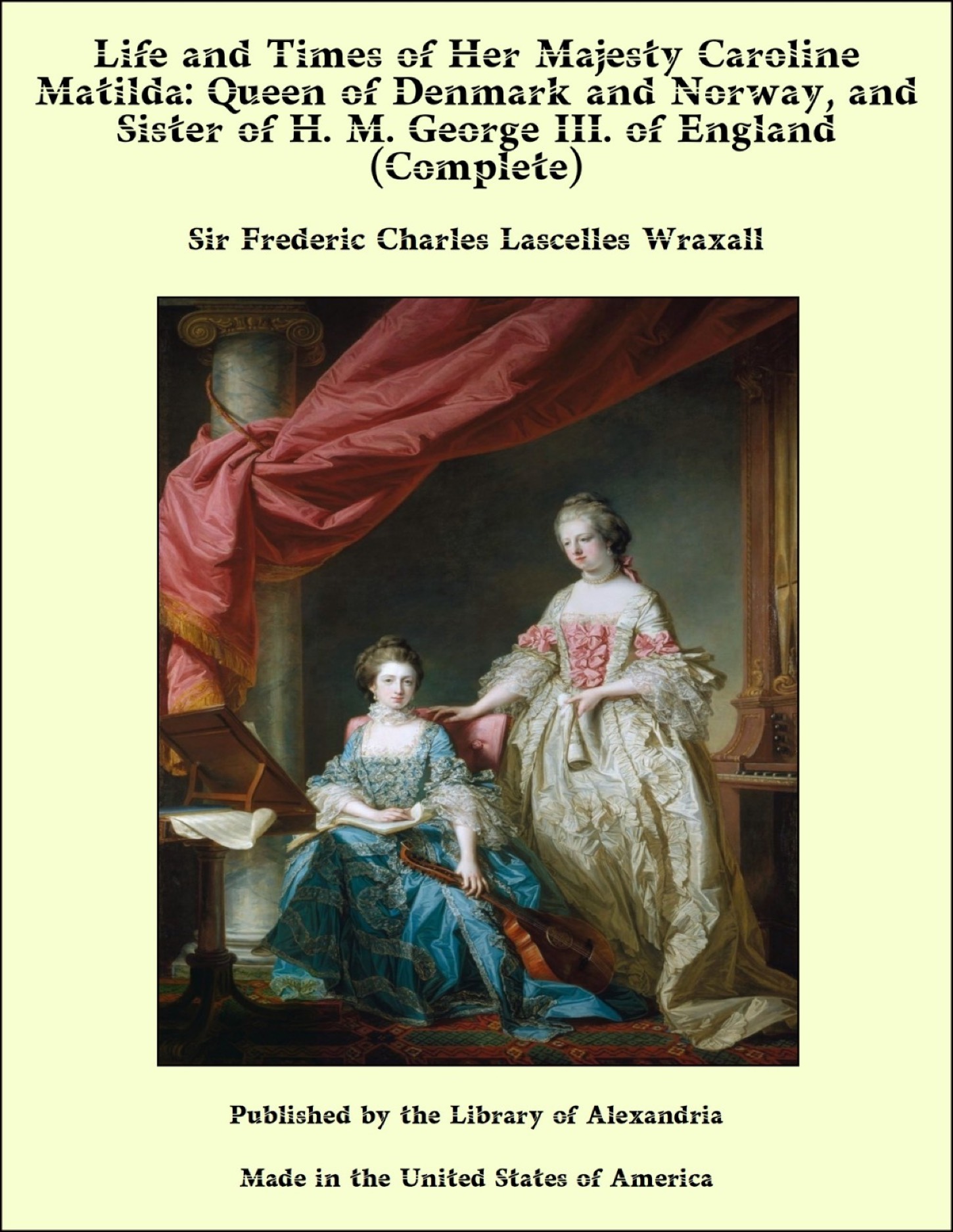 Life and Times of Her Majesty Caroline Matilda

Queen of Denmark and Norway, and Sister of H. M. George III. of England (Complete)

If there be a story which may be supposed to be thoroughly familiar to the reading public, it is surely that of the Queen of Denmark, who is believed to have loved not wisely but too well. The fate of Struensee has supplied the motive for countless works more or less historical, for novels, and even for an opera. Hence it might reasonably be assumed that the man who ventured on intruding on the English public another work on such a thoroughly worn-out topic, must be either very impudent or very foolish; and yet I have ventured to do so through neither of these failings, but for reasons which have been duly weighed, and which appear to my mind to convey their justification. The first of these motives is, that within a very recent period a perfectly new light has been thrown on the whole affair, by permission being granted to examine the privy archives of Copenhagen. From these I have been enabled to derive the hitherto unpublished documents and reports of the judges, and thus prove on what worthless evidence the divorce of the queen was passed. At the same time, a great deal of fresh matter has been rendered available about the two unhappy men who fell victims to a mistaken sense of justice. The late King of Denmark, who wisely thought that publicity was the best safeguard of thrones, also allowed the "Mémoires de mon Temps" of the Landgrave Charles of Hesse Cassel, brother-in-law of Christian VII., to be printed for private circulation. I have been enabled to procure a copy of this work through the kindness of Baron von Jenssen Tusch, who obtained it from the Prince of Augustenburg; and the many curious details of the Court of Denmark it contains have been woven largely into my text. Another work which has afforded me very material assistance is the "Memoirs of Reverdil, Secretary to Christian VII.," which appeared two or three years ago, but is little known in this country. Lastly, the private journals of Sir N. W. Wraxall have been laid under contribution to a great extent. It was made known by the publication of the "Post-humous Memoirs" that he had been connected with the Queen of Denmark, but it was only during last year that I discovered how much my grandfather knew of the affair, and how well he had kept silence on the subject. I have ransacked his journals, correspondence, &c., in the interests of the present work, and these have enabled me, I hope, to bring together much not hitherto known, or, if known, forgotten. As a humble follower of Lord Macaulay, I have also recognised the value of pamphlets and chap-books, and have been able to obtain, with some cost and trouble, nearly everything published on the palace revolution during 1772 and 1773, in Germany, Denmark, and England. I have also considered it my duty to consult every work at all connected with the subject, and do not think that any one has been omitted.