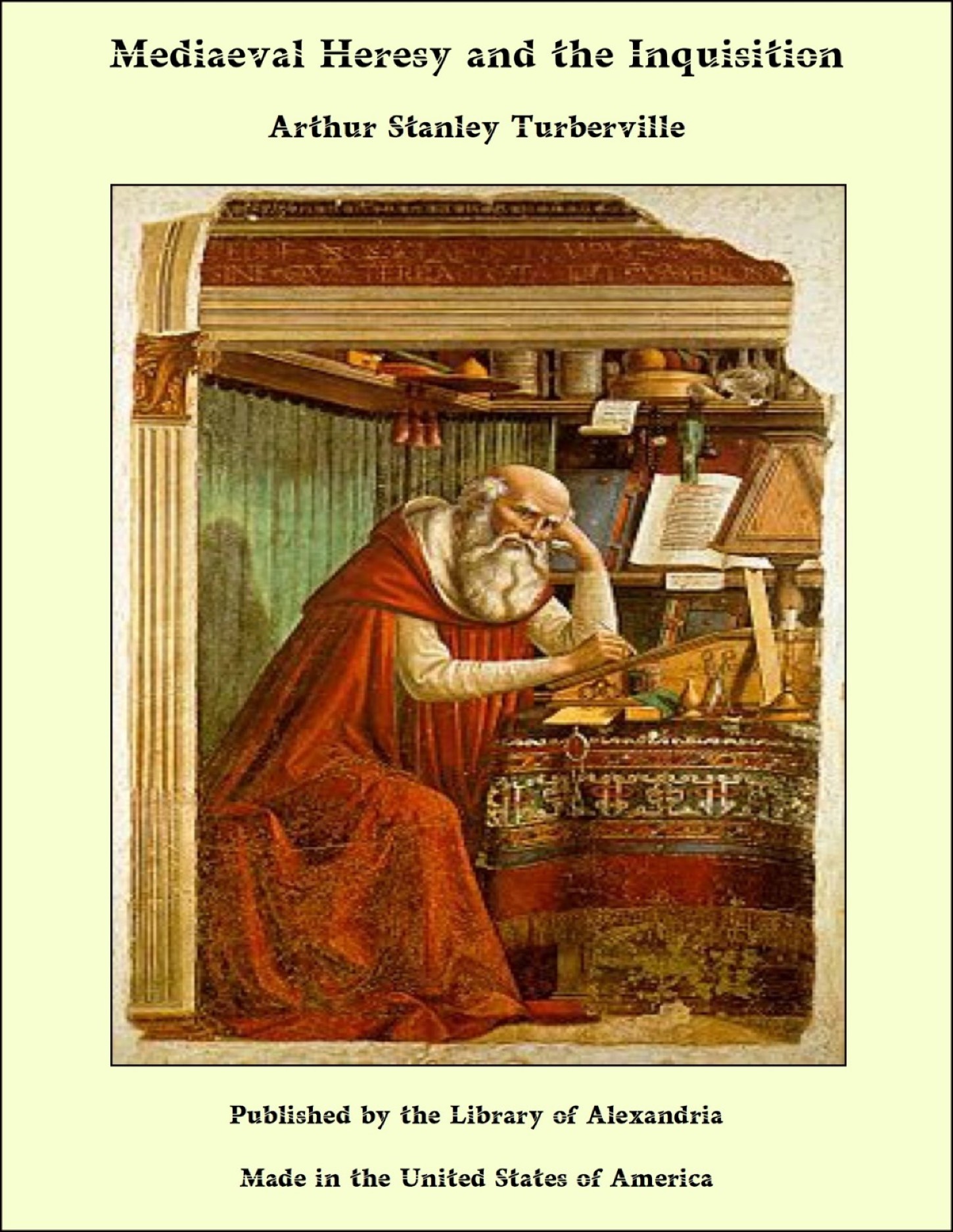 Mediaeval Heresy and the Inquisition

Ages of Faith—the term has often enough been applied to the long era that separates the days of the Carolingian empire from those of the Italian Renaissance. Like most of the other generalizations that it is customary to make of the Middle Ages the statement is true only with important qualifications. It is with the qualifications that this book is concerned. But to appreciate the exceptions, it is first necessary to realize the full significance of the rule—the very pregnant reality concerning Church and State upon which the general statement is based. That reality, the understanding of which is essential to a grasp, not only of the ecclesiastical, but of any aspect of mediæval history, is the magnificent conception of the Civitas Dei. The Kingdom of God on earth was conceived, not as a vision of the future, but as a living and present reality—the Visible Church, Christendom. Church and Christendom were one, for the Church was catholic. The distinction which we of the modern world, as the Renaissance and Reformation have made it, are wont to make between Church and State, spiritual and temporal, was wholly foreign to mediæval thought. There was but one society, not two parallel societies. Society had indeed two aspects—one which looked to things mundane and transient, the other which looked to things heavenly and eternal. To safeguard its earthly interests the world had its secular rulers and administrators; to aid its spiritual life it had as guides and mediators the sacred hierarchy. But the secular rulers, on the one hand, and the priesthood, on the other, were officers in the same polity. The secular authority of the Empire was in the days of Frederick Barbarossa acknowledged to be derived from the Pope by consecration; later, as in Dante, it was conceived as collateral with that of the Pope. But always the two authorities were regarded as essentially related. It is true that the reality never corresponded with the august theory, that the Respublica Christiana never was universal, that there were always those who disputed the authority of Emperor or Pontiff or both; worse still, that Christendom was distracted by bitter strife between Emperor and Pontiff. But always such warfare was regarded as domestic, not one between two different states, but between two officers in one state.