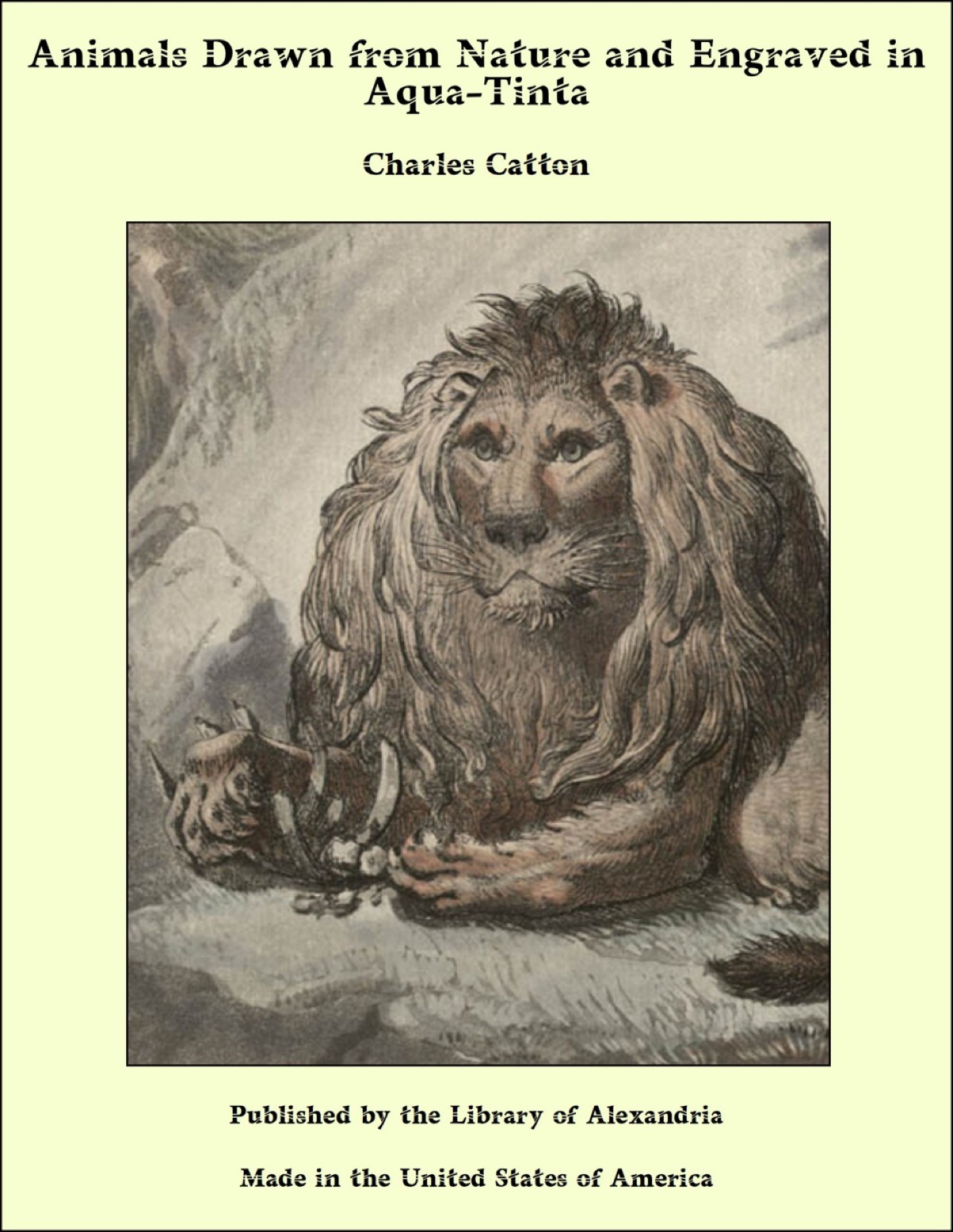 Animals Drawn from Nature and Engraved in Aqua-Tinta

Being universally esteemed king of the forest, deserves a pre-eminence of station: we therefore introduce him first to notice. The Lion is classed by the Naturalists in the Cat Tribe; ’tis an animal, of all others the most majestic and stately; with a large head, the upper part of which, with the chin, the whole of the neck and shoulders, are clothed with a long shaggy hair, resembling a mane; the hair of the body and limbs is short and smooth, but long on the bottom part of the belly; a long tail, which appears of equal thickness by reason of the increasing length of hair towards the end, where it terminates in a large black tuft: the colour is tawny, or dirty brown; the belly part inclines to white. The limbs of this animal are of vast strength, and need only be seen to convince of their force. The country where they most abound is Africa, the most wild and desert parts: they also are found in parts of Asia, but the former appears most congenial to the Lion’s constitution, those of that country being much larger (having been known 5 feet high, and 10 feet long), and more fierce than of any other place; the fiery rays of a torrid climate imparting a feverish heat, which animates them with an invincible courage. The smell of the Lion is not so perfect as in many other animals, but his method of roaring supplies this defect; for, according to all report, when he roars, he puts his mouth to the ground, thus the sound is universally diffused, and not coming stronger from one place than another, the terrified animals, in their haste to escape, frequently run to the very spot they mean most to avoid; which, by a kind of bounding, he quickly secures, striking it with great force with his paw: he sometimes invades the flocks, and, with ease, will carry off a tolerable sized ox; he frequently lies couchant, as expressed by Shakespeare, “with cat-like watch,” and springs upon his prey by surprise; which if he chances to miss, in a kind of shamefaced manner, he measures back the distance, step by step, as if to see in which he erred;—too much or too little. This animal will sustain hunger for many days, but requires a more frequent supply of drink, which it laps like a cat, and at every opportunity.