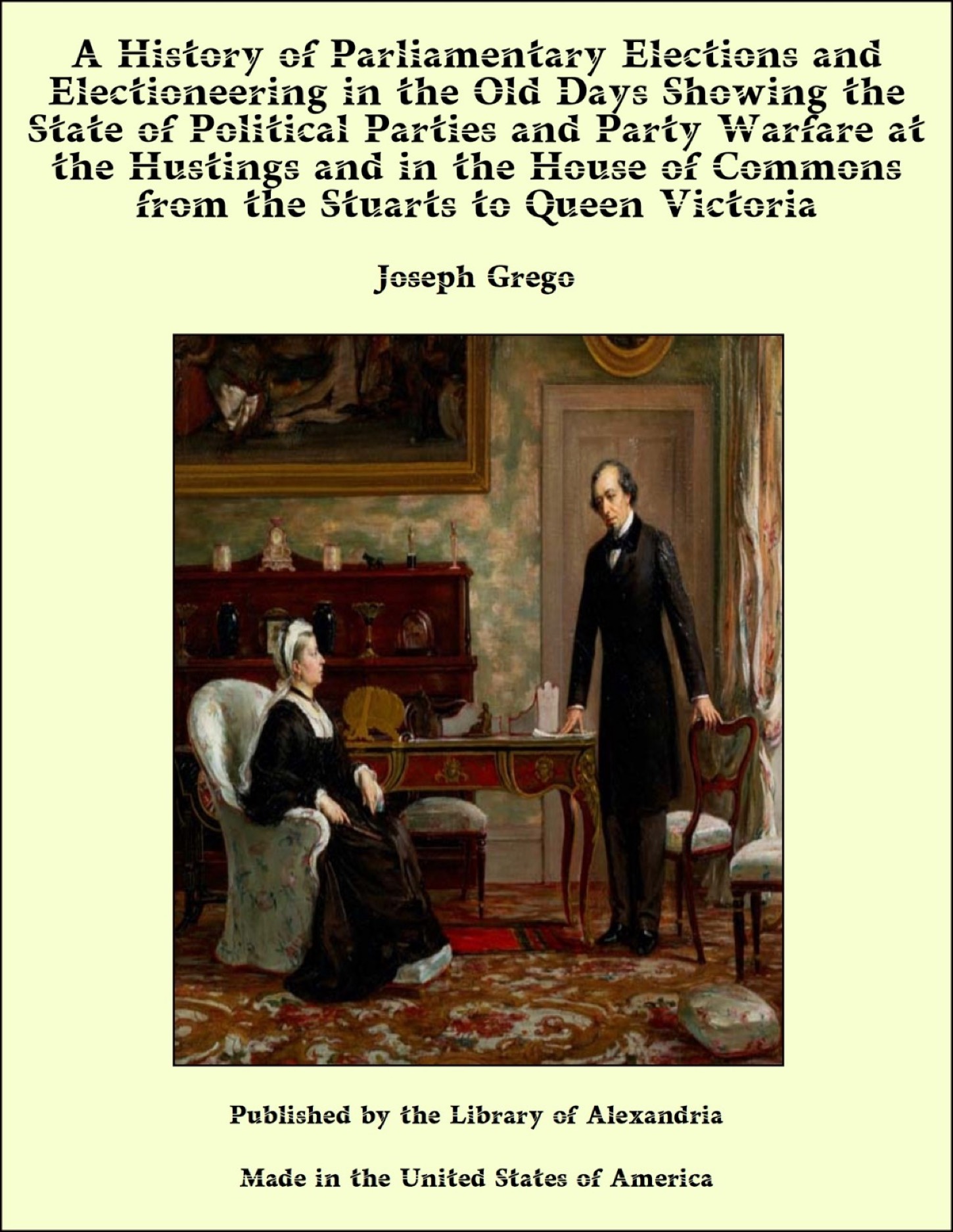 The subject of elections being so indissolubly bound up with that of parliamentary assemblages and dissolutions, it will not be out of place to glance at the progress of that institution. John was the first king recorded to summon his barons by writ; this was directed to the Bishop of Salisbury. In 1234 a representative parliament of two knights from every shire was convened to grant an aid; later on (1286) came the parliament of Merton; and in 1258 was inaugurated the assembly of knights and burgesses, designated the madparliament. The first assembly of the Commons as “a confirmed representation” (Dugdale) was in 1265, when the earliest writ extant was issued; while, according to many historians, the first regular parliament met in 1294 (22 Edw. 1), when borough representation is said to have commenced. From a deliberative assembly, it became in 1308 a legislative power, without whose assent no law could be legally constituted; and in 1311, annual parliaments were ordered. The next progressive step was the election of a Speaker by the Commons; the first was Peter de la Mare, 1377. A parliament of one day (September 29, 1399), when Richard II. was deposed, is certainly an incident in the history of this institution; the Commons now began to assert its control over pecuniary grants. In 1404 was held at Coventry the “Parliamentum Indoctum” from which lawyers were excluded (and that must have offered a marked contrast to parliaments in our generation). In 1407 the Lords and Commons assembled to transact business in the Sovereign’s absence. Reforms were clearly then deemed expedient: in 1413 members were obliged to reside at the places they represented,—this enactment has occasioned expense and inconvenience in obeying “the letter,” but appears to have otherwise been easily defeated as regards “the spirit;”1 in 1430 the Commons adopted the forty-shillings qualification for county members. A parliament was held at Coventry in 1459; this was called the Diabolicum. The statutes were first printed in 1483; in 1542 the privilege of exemption from arrest was secured to members; and in 1549 the eldest sons of Peers were admitted to sit in the Commons. With James I. commenced those collisions between the Crown and the representatives of the people which marked the Stuart rule. The Commons resisted those fine old blackmail robberies known during preceding reigns as “benevolences,” under which plea forced contributions were levied by the Crown, especially during Elizabeth’s reign. James I. pushed these abuses too far, in his greed for money.