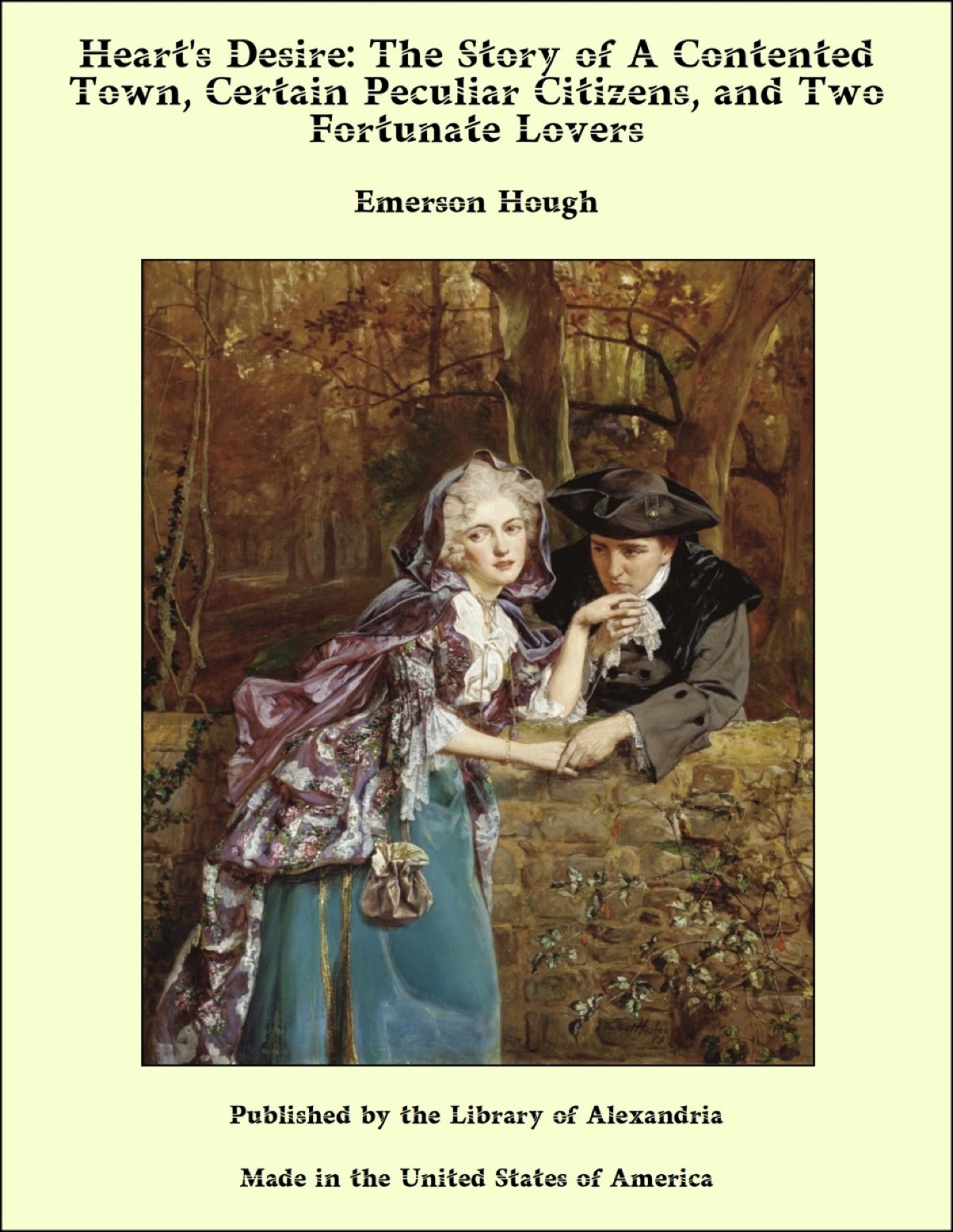 The Story of A Contented Town, Certain Peculiar Citizens, and Two Fortunate Lovers

It looks a long ways acrost from here to the States, said Curly, as we pulled up our horses at the top of the Capitan divide. We gazed out over a vast, rolling sea of red-brown earth which stretched far beyond and below the nearer foothills, black with their growth of stunted pines. This was a favorite pausing place of all travellers between the county-seat and Heart's Desire; partly because it was a summit reached only after a long climb from either side of the divide; partly, perhaps, because it was a notable view-point in a land full of noble views. Again, it may have been a customary tarrying point because of some vague feeling shared by most travellers who crossed this trail,—the same feeling which made Curly, hardened citizen as he was of the land west of the Pecos, turn a speculative eye eastward across the plains. We could not see even so far as the Pecos, though it seemed from our lofty situation that we looked quite to the ultimate, searching the utter ends of all the earth. "Yours is up that-a-way;" Curly pointed to the northeast. "Mine was that-a-way." He shifted his leg in the saddle as he turned to the right and swept a comprehensive hand toward the east, meaning perhaps Texas, perhaps a series of wild frontiers west of the Lone Star state. I noticed the nice distinction in Curly's tenses. He knew the man more recently arrived west of the Pecos, possibly later to prove a backslider. As for himself, Curly knew that he would never return to his wild East; yet it may have been that he had just a touch of the home feeling which is so hard to lose, even in a homeless country, a man's country pure and simple, as was surely this which now stretched wide about us. Somewhere off to the east, miles and miles beyond the red sea of sand and grama grass, lay Home. "And yet," said Curly, taking up in speech my unspoken thought, "you can't see even halfway to Vegas up there." No. It was a long two hundred miles to Las Vegas, long indeed in a freighting wagon, and long enough even in the saddle and upon as good a horse as each of us now bestrode. I nodded. "And it's some more'n two whoops and a holler to my ole place," said he. Curly remained indefinite; for, though presently he hummed something about the sun and its brightness in his old Kentucky home, he followed it soon thereafter with musical allusion to the Suwanee River. One might have guessed either Kentucky or Georgia in regard to Curly, even had one not suspected Texas from the look of his saddle cinches. It was the day before Christmas. Yet there was little winter in this sweet, thin air up on the Capitan divide. Off to the left the Patos Mountains showed patches of snow, and the top of Carrizo was yet whiter, and even a portion of the highest peak of the Capitans carried a blanket of white; but all the lower levels were red-brown, calm, complete, unchanging, like the whole aspect of this far-away and finished country, whereto had come, long ago, many Spaniards in search of wealth and dreams; and more recently certain Anglo-Saxons, also dreaming, who sought in a stolen hiatus of the continental conquest nothing of more value than a deep and sweet oblivion.