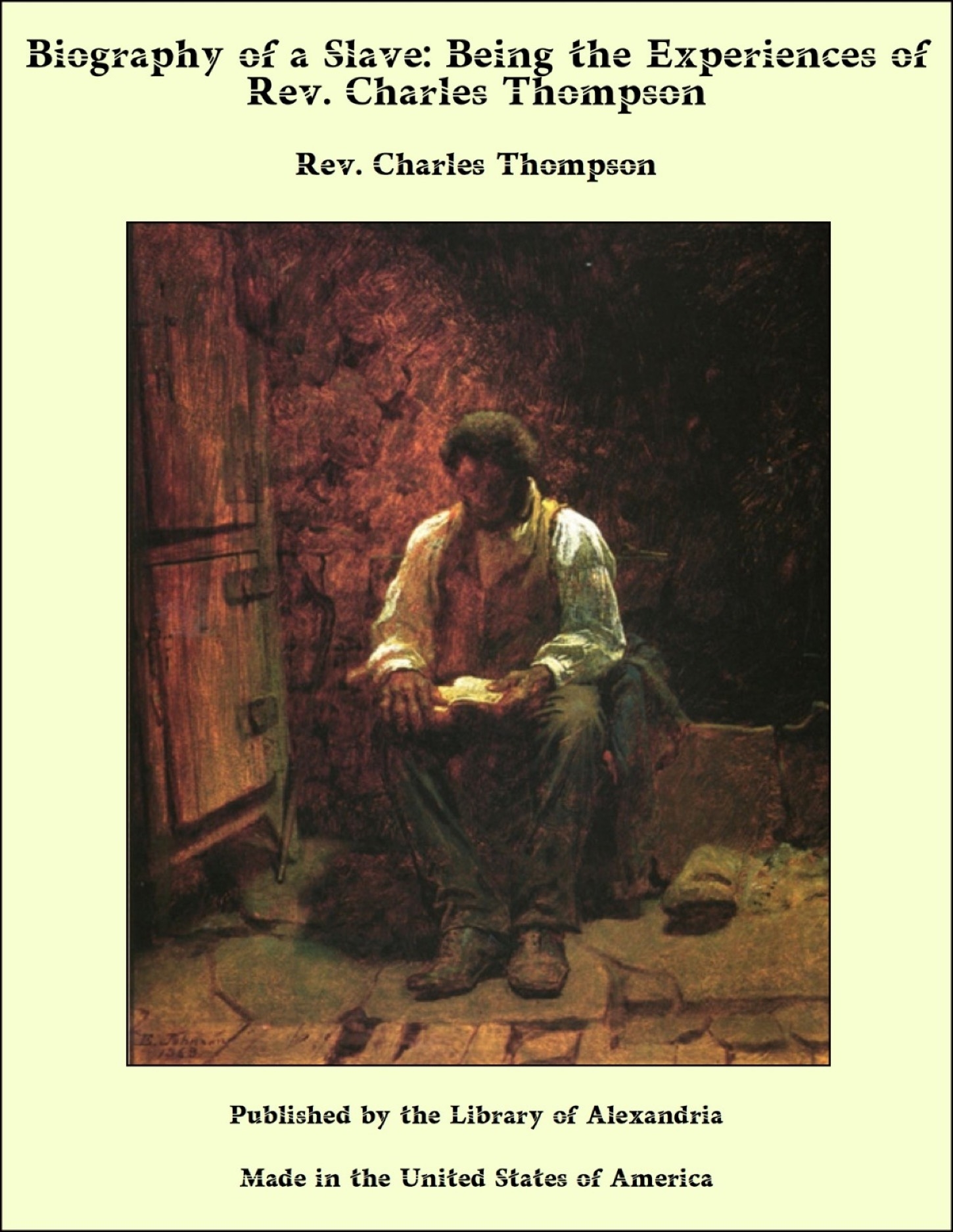 Biography of a Slave

Being the Experiences of Rev. Charles Thompson

I was a slave, and was born in Atala County, Mississippi, near the town of Rockford, on the third day of March, 1833. My father and mother both being slaves, of course my pedigree is not traceable, by me, farther back than my parents. Our family belonged to a man named Kirkwood, who was a large slave-owner. Kirkwood died when I was about nine years old, after which, upon the settlement of the affairs of his estate, the slaves belonging to the estate were divided equally, as to value, among the six heirs. There were about seventy-five slaves to be divided into six lots; and great was the tribulation among the poor blacks when they learned that they were to be separated. When the division was completed two of my sisters and myself were cast into one lot, my mother into another, and my father into another, and the rest of the family in the other lots. Young and slave as I was, I felt the pang of separation from my loved and revered mother; child that I was I mourned for mother, even before our final separation, as one dead to me forever. So early to be deprived of a fond mother, by the "law," gave me my first view of the curse of slavery. Until this time I did not know what trouble was, but from then until the tocsin of freedom was sounded through the glorious Emancipation Proclamation by the immortal Abraham Lincoln, I passed through hardship after hardship, in quick succession, and many, many times I have almost seen and tasted death. I bade farewell to my mother, forever, on this earth. Oh! the pangs of that moment. Even after thirty years have elapsed the scene comes vividly to my memory as I write. A gloomy, dark cloud seemed to pass before my vision, and the very air seemed to still with awfulness. I felt bereaved, forlorn, forsaken, lost. Put yourself in my place; feel what I have felt, and then say, God is just; he will protect the helpless and right the wronged, and you will have some idea of my feelings and the hope that sustained me through long and weary years of servitude. My mother, my poor mother! what must she have suffered. Never will I forget her last words; never will I forget the earnest prayers of that mother begging for her child, and refusing to be comforted. She had fallen to the lot of Mrs. Anderson, and she pleaded with burning tears streaming down her cheeks, "He is my only son, my baby child, my youngest and the only son I have; please let me have him to go with me!"