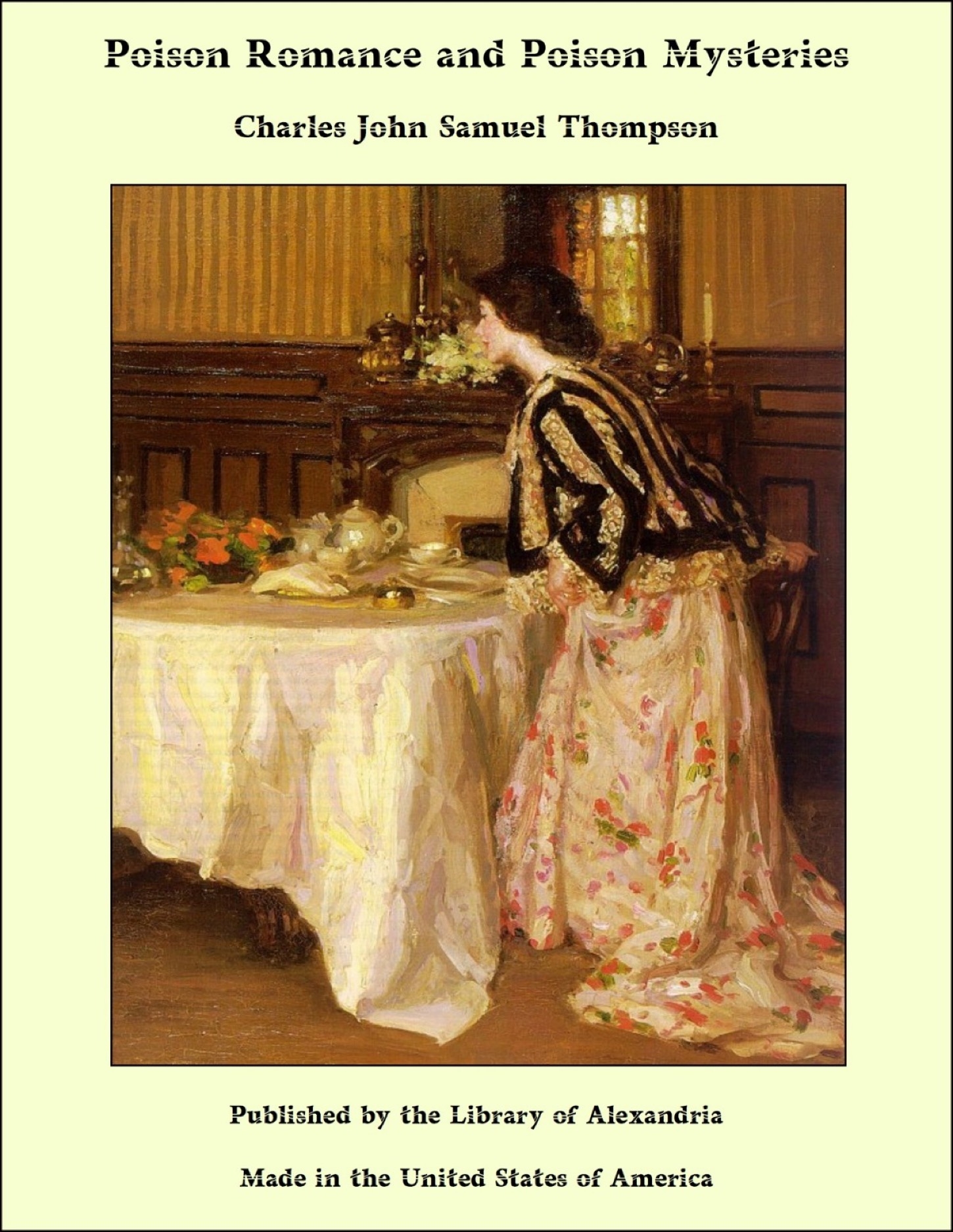 The bushmen of the South African district "Kalahari," use the juice of the leaf beetle "diamphidia" and its larva for poisoning their arrow-heads. Lewin, who calls the beetle Diamphidia simplex, found in its body, besides inert fatty acids, a toxalbumin which causes paralysis, and finally death. According to Boehm, the poison from the larva also belongs to the toxalbumins, and Starke states, that it causes the dissolution of the colouring matter of the blood and produces inflammation. A halo of mystery, sometimes intermixed with romance, has hung about the dread word poison from very early times. In the dark days of mythology, allusions to mysterious poisons were made in legend and saga. Thus a country in the Far North was supposed to be ruled and dominated by sorcerers and kindred beings, all of whom were said to be children of the Sun. Here dwelt Æëtes, Perses, Hecate, Medea, and Circe. Hecate was the daughter of Perses and married to Æëtes, and their daughters were Medea and Circe. Æëtes and Perses were said to be brothers, and their country was afterwards supposed to be Colchis. To Hecate is ascribed the foundation of sorcery and the discovery of poisonous herbs. Her knowledge of magic and spells was supposed to be unequalled. She transmitted her power to Medea, whose wonderful exploits have been frequently described and depicted, and who by her magic arts subdued the dragon that guarded the golden fleece, and assisted Jason to perform his famous deeds. Hecate's garden is described by the poets as being enclosed in lofty walls with thrice-folding doors of ebony, which were guarded by terrible forms, and only those who bore the leavened rod of expiation and the concealed conciliatory offering could enter. Towering above was the temple of the dread sorceress, where the ghastly sacrifices were offered and all kinds of horrible spells worked. Medea was also learned in sorcery and an accomplished magician. It is related that, after her adventures with Jason, she returned with him to Thessaly. On their arrival they found Æson, the father of Jason, and Pelias, his uncle, who had usurped the throne, both old and decrepit. Medea was requested to exert her magical powers to make the old man young again, an operation she is said to have speedily performed by infusing the juice of certain potent plants into his veins.