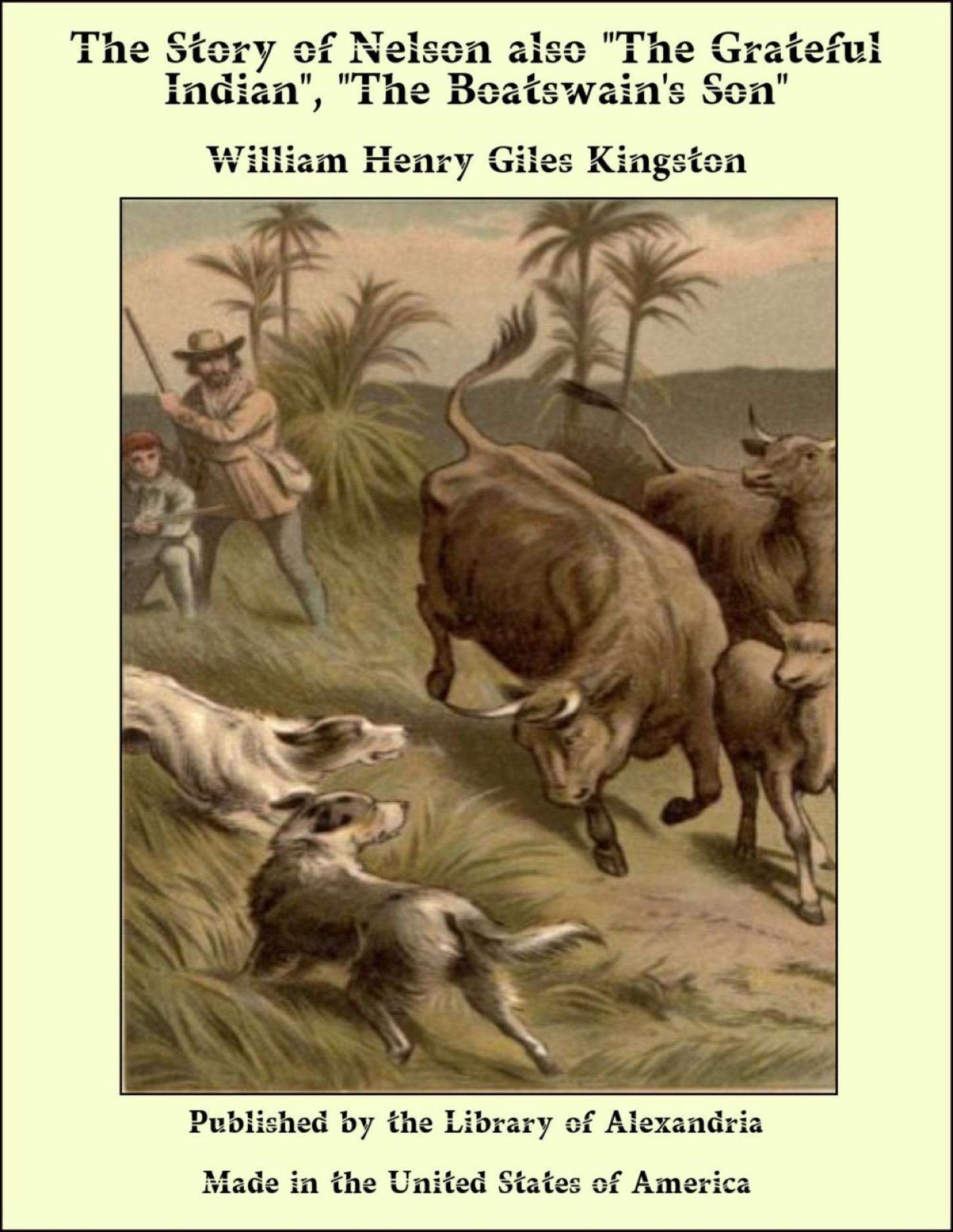 The Story of Nelson also "The Grateful Indian", "The Boatswain’s Son"

My great ambition as a boy was to be a sailor; the idea of becoming one occupied my thoughts by day and influenced my dreams by night. I delighted in reading naval histories and exploits and tales of the sea, and I looked upon Rodney, Howe, Nelson, and Saint Vincent, as well as Duncan, Collingwood, Exmouth, and Sir Sidney Smith, as far greater men, and more worthy of admiration, than all the heroes of antiquity put together—an opinion which I hold even to the present day, and which, I hope, all my readers will maintain with me. Once it happened during my summer holidays that, most unwillingly, I was taken up to London. During the time, a naval friend, having compassion on me, suggested that I might find matter of interest by a trip to Greenwich, and a visit to the Hospital. I jumped at the proposal. I can never forget the feelings with which I entered the wide, smooth space on which that beautiful collection of buildings stands, forming the Royal Hospital for Seamen, with its broad terrace facing the river, and found myself surrounded by many hundreds of the gallant veterans who had maintained not only so nobly the honour of Old England on the deep, but had contributed to preserve her from the numberless foes who had threatened her with destruction. The building is of itself interesting. On this spot once stood the Royal Palace of Placentia, in which no less than four successive sovereigns were born—Henry the Eighth, Edward the Sixth, Mary, and Elizabeth. Charles the Second had intended to rebuild it, but left it unfinished; and it was put into the heart of good Queen Mary, the wife of William of Orange, to establish that noble institution for the reception of the disabled seamen of the Royal Navy, which, much augmented in size, has ever since existed the noblest monument to a sovereign’s memory.