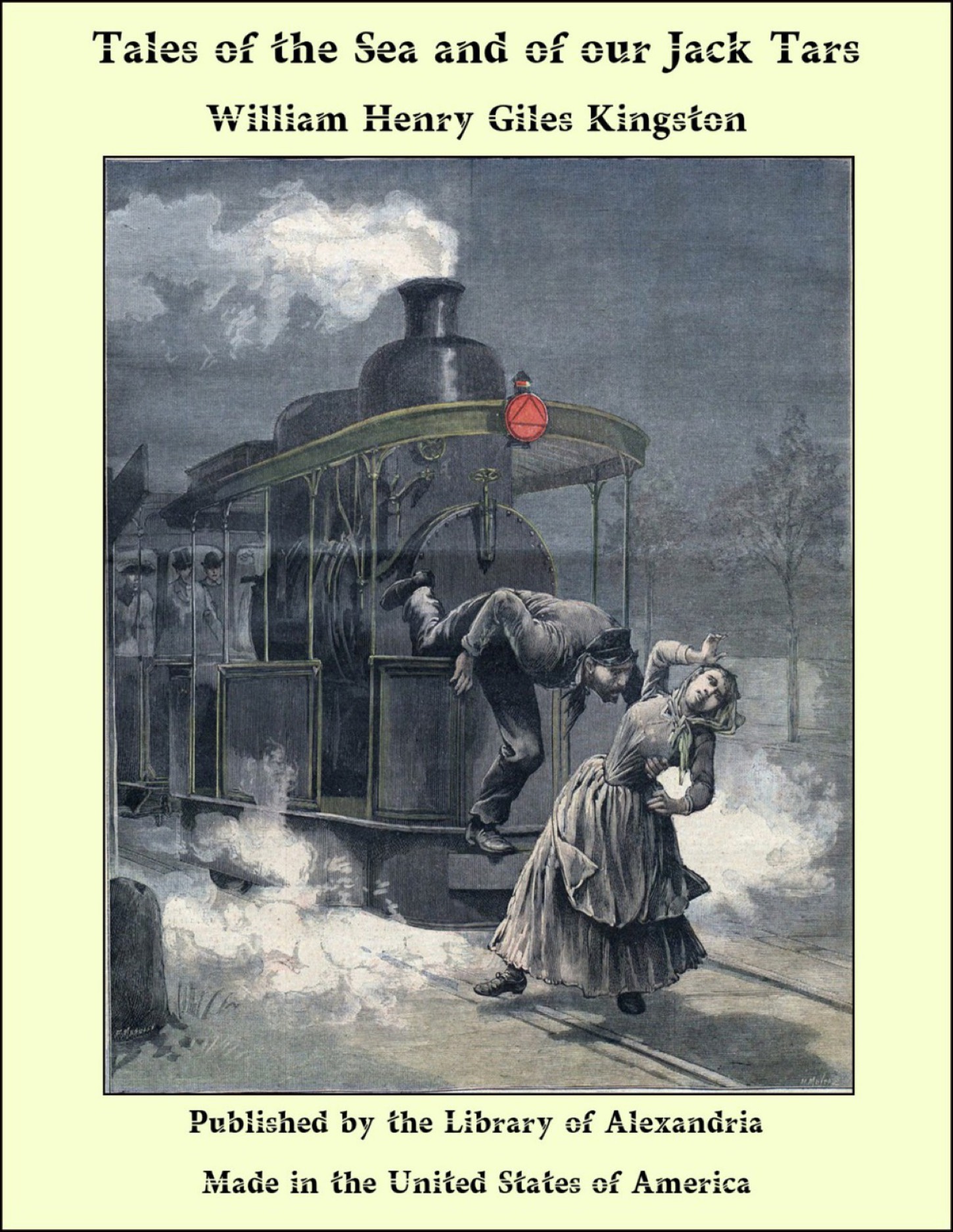 Tales of the Sea and of our Jack Tars

Have any of you made a passage on board a steamer between London and Leith? If you have, you will have seen no small number of brigs and brigantines, with sails of all tints, from doubtful white to decided black—some deeply=laden, making their way to the southward, others with their sides high out of the water, heeling over to the slightest breeze, steering north. On board one of those delectable craft, a brig called the Naiad, I found myself when about fourteen summers had passed over my head. She must have been named after a negress naiad, for black was the prevailing colour on board, from the dark, dingy forecastle to the captain’s state cabin, which was but a degree less dirty than the portion of the vessel in which I was destined to live. The bulwarks, companion-hatch, and other parts had, to be sure, once upon a time been painted green, but the dust from the coal, which formed her usual cargo, had reduced every portion to one sombre hue, which even the salt seas not unfrequently breaking over her deck had failed to wash clean. Captain Grimes, her commander, notwithstanding this, was proud of the old craft; and he especially delighted to tell how she had once carried a pennant when conveying troops to Corunna, or some other port in Spain. I pitied the poor fellows confined to the narrow limits of her dark hold, redolent of bilge-water and other foul odours. We, however, had not to complain on that score, for the fresh water which came in through her old sides by many a leak, and had to be pumped out every watch, kept her hold sweet.